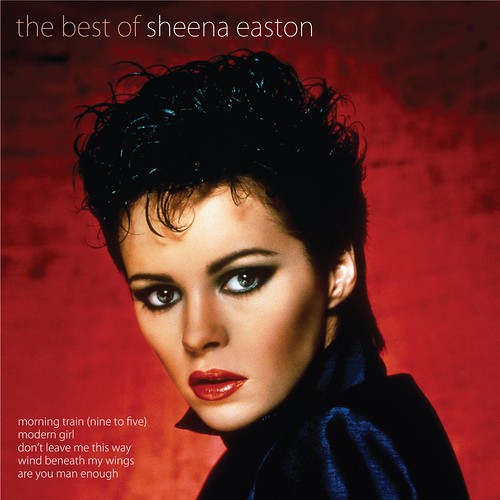 I do realise that anyone born after 1980 or – you know, with any taste – won’t get the Sheena Easton reference in the title of this post.

School holidays have just finished in my State. Parents everywhere are probably happy their pesky kids are back at school, but I for one enjoy school holidays. And there’s one reason for that: school holiday traffic!

Given that kids in my State get at least 12 weeks of holidays a year, parents are also compelled to take time away from their jobs to go on horrendous road trips, jet to exotic locations or – when all else fails – just visit Gran.

And this means the peak hour traffic on our streets between 7 – 9am and 4.30 – 6.30pm is much dissipated! I take advantage of this (and $9 Early Bird parking near my workplace) by driving into work during the holidays. Minimal traffic and fewer logistical nightmares cut my journeys down dramatically. I can basically leave home and be parking within 15-20 minutes when traffic is running freely.

During the school terms however, travelling by bus or car takes 45 – 60 minutes to travel the 4km from my place into the city where I work. (Which is why I catch the train, despite my only option being a slightly indirect route!)

The train trip itself is just under half an hour, plus the time it takes me to walk to the station. Which is why… the short commute during school holidays is heavenly! Sure it means less binge tweeting time (which the 30 minute train commute allows me) but it also means I am FREE to decide when to come and go. 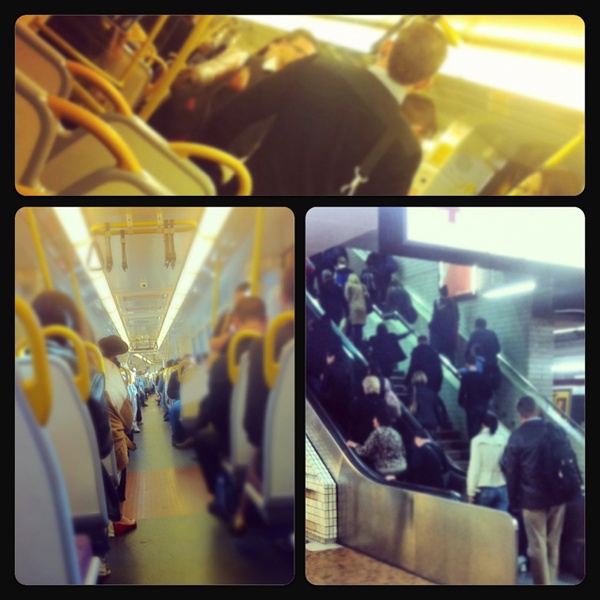 Non-public transport commuters don’t get the frustrations of this: constantly needing to time your 7 minute morning walk to the train station with the 7.33 or 7.48 or 7.54 train departure. Or needing to race out of work in time for the 5.31 or 5.48 or 6.09 train. Although I am a somewhat-obsessive sod, I’ve been known to drop such specifics into my emails…. “I caught the 7.33 train this morning,” I’ll write to my mum. Anyone else reading that would think I was the sort of person who synchronised my watch and counted the number of steps to the station. But I’m not. No, really!

Rather, when you’re a commuter and reliant on public transport you need to be specific. There’s no such thing as the 7am train; it’s the 6.57 or the 7.06 train. And believe me… as many commuters will tell you – those minutes make all of the difference. I clock-watch before I leave home in the morning because I know (after daily treks to and from the train station from my apartment) that it takes under 10 minutes (ie. usually about 7!!!) to get to the train station (traffic lights for street-crossing permitting!).

So now that school holidays have finished, I’m back on the train. The 7.33 train yesterday and the 7.48 today. But… unlike driving where one has to stay alert lest one run into another vehicle; on the train you are not only free to play on your iPhone, but also gaze numbly out of the window, which means… 30 minutes later as I’m alighting the train I’m really bloody tired and ready to return home to bed. A BIG downside of the commute and yet another reason to appreciate the driving when I can.

So, unlike many parents out there, relieved that their kids are safely ensconced back in school, I am mourning the demise of school holidays and operating on my own timetable, as I – again – adhere to someone else’s.

I’d love to hear tales of woe from other commuters.
Or fans of Sheena? Anyone?