I have to admit I’ve paid little attention to the #LikeAGirl campaign and associated commentary over the last couple of months.

It all seemed a bit gimmicky and I figured there was little I had to say about it.

But… I finally watched this clip the other night.

Of course the point of the video is that when young – before society, media and others can influence our beliefs and attitudes – we pretty much take things at face value.

The young girls in the clip demonstrate this.

Yeah, we’re girls… this is how we throw. Or run. No biggie.

It’s only the older children and adults who perceive #LikeAGirl to be derogatory.

I’ve been pondering over the issue ever since, wondering what my reaction would have been if I was told to ‘run like a girl’. (I possibly would have said, “F*ck off, I don’t run!”  But that’s more about my current level of fitness than me attaching any negative connotations to the phrase.)

When I originally drafted this post I went off on a tangent about gender bias. But… after further deliberation I decided I didn’t believe this to be about gender. It’s about labels. I’m reminded a bit of some posts I wrote about kids and ‘awesomeness’ years ago and my own niece’s comments about my ‘fat’ tummy.

We often say “Take it like a man.” Same thing. WTF is that supposed to mean? How do men ‘take’ things? Angrily, stoically, via interpretive dance, lying down?

I realise I’m fortunate in that it’s never occurred to me that there are ‘things’ I’m unable to do…. cos I’m a girl. I mean there’s the obvious physiological or biological stuff, but otherwise….

I grew up in a sporting family and as a teenage schoolgirl I played tennis and basketball with and against men – most of whom were bigger and stronger – but not all of them. And they definitely weren’t better. And it never occurred to me they should be. Similarly in academic or work environments, I’ve never felt less (or more) able because I’m a girl… so I carry little baggage about the label.

In the video clip one of the young girls is asked if saying “like a girl” is a bad thing.

Good on her because I’m about 30 years older and I struggle with the concept. In all honesty I really don’t have a problem with throwing or running or fighting or thinking… like a girl.

Cos – duh!? I am a girl. (Well, I’m a middle-aged woman but that’s a whole different therapy session!)

In my very humble opinion, it’s only insulting when we choose to let it be; and it says more about the person delivering the line than the recipient. 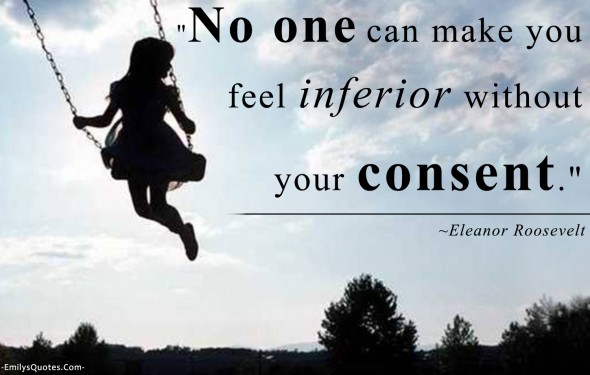 Do you have any thoughts on the campaign?
Do you think it’s about gender? Or changing society’s thinking about ‘labels’?