I really wanted to write something today but am too lazy to think about anything too deeply. I had some genius ideas last night while I was unable to sleep, but they have either disappeared from my memory, require further pondering, or are things that I don’t really NEED to (over)share.

So, welcome to ‘life lately’ – my semi-regular mind-dump, in which I write about random crap… which actually screws with my website (SEO) stats, though thankfully I seem to care little.

I think I’ve mentioned I’ve recently had some surgery and it’s supposed to help with reflux (I’ve struggled with reflux since my weightloss surgery). It means I’m not supposed to have fizzy drinks. Champagne (sparkling wine) and Diet Coke being my two go-tos.

I weaned myself off alcohol a couple of weeks before surgery and did Dry July but waited until the week before my (late July) surgery to quit Diet Coke and it nearly killed me. I was in the last week of the recent temp job and I felt exhausted every day. For newcomers I should mention that DC is my caffeine of choice. I don’t drink tea or coffee (or hot drinks) and have always started my day with Diet Coke. My habit started when I was at uni in the late 1980s and I’ve been an avid consumer of DC ever since. I’ve given up a number of times, and written about it here, but tend to go back to it (after days or weeks or months).

I suspect the allure is a combination of the caffeine and fizziness and in recent days (after over a month sans DC) I’ve struggled to get out of bed knowing I don’t have the fizzy black goodness waiting for me. 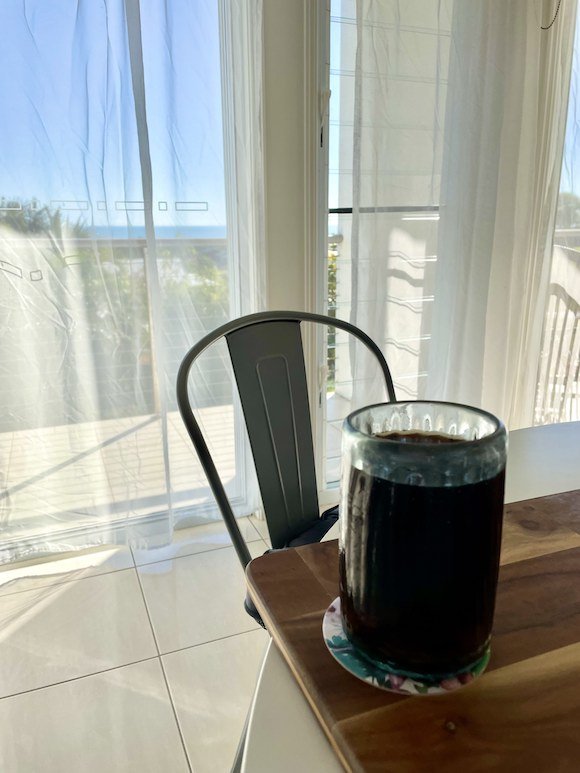 It’s at the point I’ve started to worry about my lack of productivity (ie. time at my desk) however so bought some cans on the weekend. I opened one yesterday, poured it into a glass and left it in the fridge (uncovered) overnight. I’ve had about one-third of this glass morning and so far so good. I thought the flatness might put me off forever and I’d stop missing it, but will see how I go in coming days.

I invited my mother to my place for a sleepover on the weekend. I go to her place (my childhood home) most weeks as it’s easier and we’re both comfortable there. I’d been wanting to watch this new movie on Apple TV however and she doesn’t have a SmartTV. I figured she’d enjoy it so we settled down to watch it before dinner on Sunday evening.

Everything they say about CODA is true. It’s certainly formulaic and kinda predictable but it’s also lovely and I shed many tears. The young actress playing Ruby (Emilia Jones) was absolutely fabulous and has a beautiful voice. The rest of the cast was great and I adored Ruby’s relationship with her father. I’d certainly recommend it if you have access to Apple TV. (BTW, CODA stands for ‘child of deaf adults’.)

I’m also still rewatching all of Doctor Who (Nu Who) and almost up to the current season and slowly working my way through Blacklist. I’m also avidly watching Ted Lasso as each new episode is released and LURVE it so very much. I’ve been doing less reading (cos of less writing) so happy to take suggestions on what to watch next.

There’s more of course but I’m telling myself I’ll do something productive writing-wise today. So. I. Must.