My blogging buddy Denyse Whelan relaunched a link up this week and I said I’d participate. Then of course I decided I had nothing to write about even though I have a gazillion blog posts in my drafts folder. About everything from ‘being in denial about ageing’ to whether or not one has breakfast on waking, or after waiting for a while. (Yes, riveting stuff!)

I’d decided just to skip this one but… was awake very early today and really didn’t want to start work at stupid o’clock so decided I’d share a ‘life lately’ or check-in post. About everything and nothing. At the same time.

I talked a little while ago about spending some time working from my mother’s and how I enjoyed the change of scenery but also the forced breaks I took when someone else was around. I was talking to a colleague recently who REALLY misses working from an office (my organisation doesn’t have one in our state) and told them I’m surprised that I do as well. For my entire life in government I would have killed to have worked from home. But once you’re doing it all of the time – with no option – you realise there’s something to be said for seeing colleagues and others in person. In three dimension. Of course perhaps if I lived with others I’d get that camaraderie or company from kids or a partner but still…

Having said that, I’ve really struggled with mornings this past winter. I usually start work quite early and am happily at my desk by 7am or so, but over the past month or two I’ve stayed in bed with the covers pulled up until 8am or later. Relieved that I only have to potter down the corridor to start my day. So… yay for no commuting!

So much television. So many books.

I’ve been watching a lot of TV lately. And my reading has picked up as well. I’m doing everything voraciously so it seems. (And my cardiologist’s scales say I’ve been eating that way too!) I’ve binged on the usual TV series but – weirdly for me – even watched some naff romance movies… the kind I only watch during the festive season with a Christmas theme. Of course they’ve balanced the darker shows I’ve been enjoying like Black Bird and Surface on AppleTV+.

I pulled out of my planned trip to England months before it was due to happen and I’d thought of going to the Sydney BAD Crime Writers Festival (on at the moment). But just didn’t get around to booking everything. I’ve been in my not-so-new job for about 10 months now so definitely due a holiday and keen to plan something. 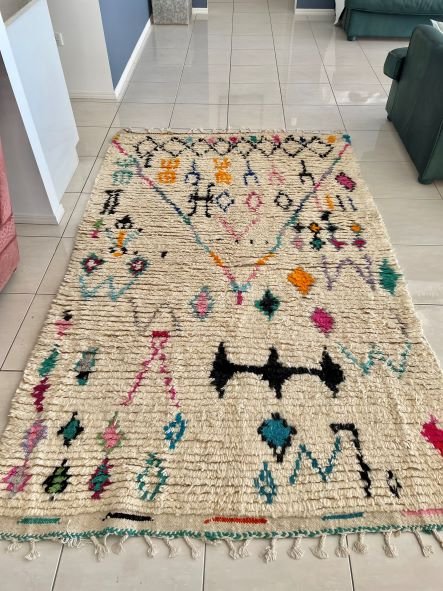 I currently have an overwhelming desire to ‘treat’ myself. Which is kinda decadent but also my version of self-care. In fact I recently splurged big-time on a new dress AND a new rug. I really don’t need new clothes given I’ve no office to go to, I rarely go out anywhere requiring me to dress up AND have old clothes I never wear. But… how cool is this dress?! 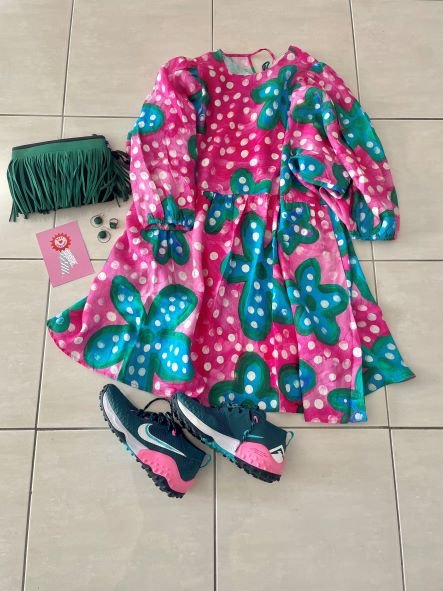 And I have sneakers that match perfectly. And the rug / mat, I love but am yet to decide where to put it and paranoid I’ll spill something dire on it.

So there you have it. A brain dump and I’m sure I’ve actually missed sharing important things, but FINALLY… a non-bookish post.

What’s up in your part of the world?