Monday was not only the 11th anniversary of my father’s passing but it was also ten years since I made my seachange. Ten years!!!

I feel as if most of my life has been spent in my state’s capital city, Brisbane, with some time in FNQ, Canberra and overseas. But in reality, I’d moved back to Brisbane from overseas in early 2002 so I’d only been there ten years. That time around anyway.*

It’s shocking to think I’ve been here ten years as I still feel quite transient. As if I’m not really prepared to put down definitive roots. When I first arrived I made a concerted effort to fit in and settle down as I’d known many who moved later in life (without schools or kids to ground them in communities) so I ventured out to networking groups and events and in my earlier years here was quite social. Whether that changed when I moved out of town (so driving into town to do something required so much more effort) or because my move originally coincided with a full-time job meaning I was more likely to need alone-time outside of work, I’m not sure.

Either way… ten years have passed and it’s flown.

Speaking of anniversaries, it’s almost one year since I started in my current work-from-home full-time job and I’ve not taken a holiday yet so have been increasingly keen to do so over recent months and weeks. 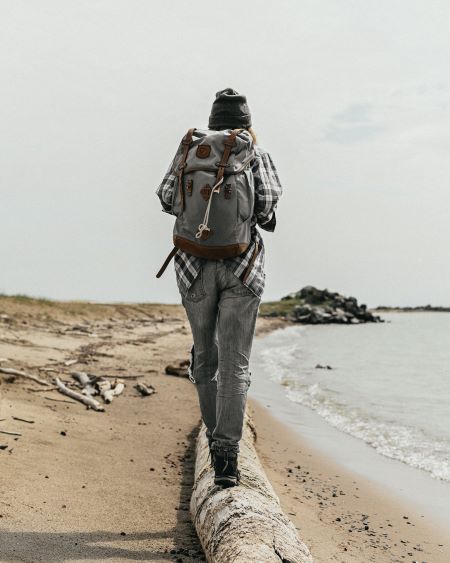 I’ve had some other stuff whirling around however so haven’t wanted to commit, but in typical me-style I’ve hit a wall so decided (last-minute) to take next week off. I confirmed the timing with my boss but sadly have discovered that the weather in all my potential holiday spots (Sunshine Coast or hinterland, Queenstown, Adelaide, Tasmania, some Pacific Island or other) next week is dire. Like not just rain, but storms. And I really do not fancy wasting a stack of money to sit inside a hotel room or apartment. (Cos I do that at home!)

Of course I only now have a couple of days to organise something and I’ve changed my mind multiple times in terms of locations and options. I’d really just prefer someone else do it all as I become really hamstrung when it comes to making those kinds of decisions. (You may recall me only booking my Italy accommodation the month before I travelled!) I definitely want to do SOMETHING but of course I do have requirements:

I should mention flying off somewhere would be ideal but I need to get to my nearest capital city first which involves in a not-cheap flight. Worse still, the flights are limited so connections are problematic and though I’d be okay with a night in Brisbane the logistics of getting to and from the airport to stay with family/friends ‘does my head in’.

I’m hoping fate intervenes and one of the millions of ads popping up on my social feeds since I’ve started searching offers some unbelievable last-minute option at some great place because of a cancellation. Or something.

Any holiday suggestions? (Though watch as I then shoot each and every one down!)

* I also lived in Brisbane when I first left school to attend University and then later briefly.