I can’t decide whether January felt like it lasted a year, or if it flew by? A mixture of both I suspect, depending on my mood on any particular day.

In some ways it felt like an extension of the last couple of years. Covid uncertainty along shortages of stuff (like rapid antigen tests, panadol and toilet paper – AGAIN!). Plus the normal-plentiful things. Gluten-free bread shelves, for example have been empty for a few weeks.

I’ve been in my ‘new’ job for two months now and still settling in. Working from home full-time – rather than in a contractor capacity with a few hours here and there – is still a bit weird. I’d initially put my own laptop out on my dining room table so I felt some sort of separation of work / personal stuff but that didn’t really work. So, it sits on the charger all day while my work laptop is plugged into extra screens and the like.

Ideally I’d be pulling my personal laptop onto my desk at the end of the day, but I’m still struggling with that. Instead I’m just wanting to just vege in front of the television at night. I did however spend some time Saturday at my desk catching up on book reviews, so… small wins.

Speaking of which, I’m still trying to get into an exercise routine. My regular daily short walks seem to have disappeared in some sort of inverse proportion to the hot and wet weather we’re having.

But I’ve been (almost) consistently going to my two (over 50s) classes in a nearby hall each week. I always enjoy them and they’re not overly arduous but occasionally I just want to lie in bed. Today was one of those days. I messaged my instructor at the time my class was due to start to tell her I was still in bed. But as she’d checked her phone she responded to remind me I could come to the next class (there are three in a row). So… I did. 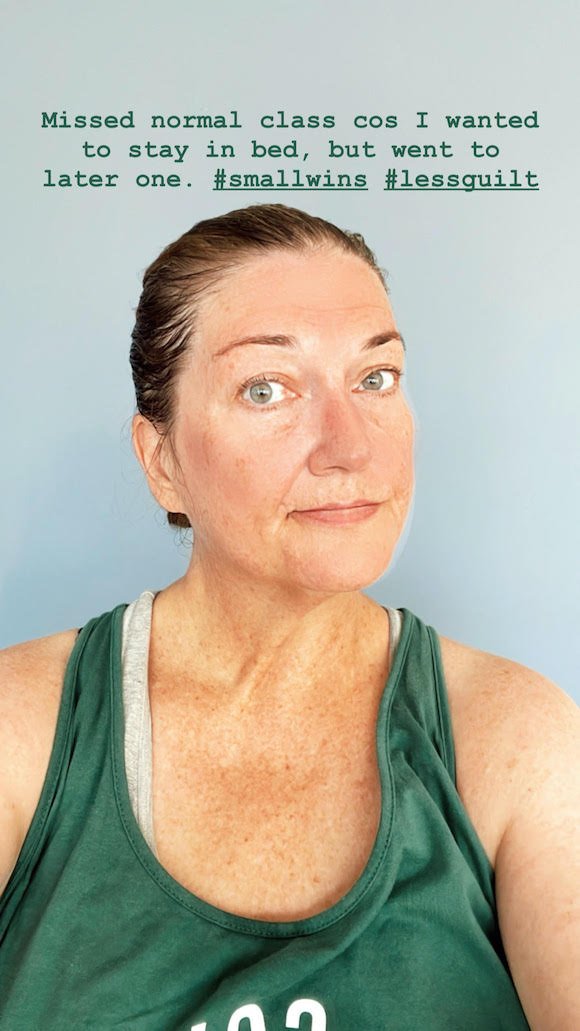 I mean, of course I know better than to let me talk myself out of going. I’m always fine once I get there. I feel better afterward. And I simmer with guilt all day if I don’t go.

I’ve been watching so much television. Well Netflix mainly! Ozark (final season part one). The Sinner (also the final season). And Afterlife (yet again the final season!). And I’ve started watching The Woman in the House Across the Street from the Girl in the Window. I’m actually not enjoying it as much as I expected. I realise it’s satire but it’s a bit TOO over-the-top I think. Or I’m just in a grumpy intolerant mood. Though I can’t help but wonder if it would have been better as a movie.

Next up is The Afterparty (Apple TV+). And in between all of that I’m rewatching The Marvellous Mrs Maisel (on Amazon Prime) in preparation for the next season later this month. I notice a new season of the British comedy Starstruck is about to air as well.

On that note, I notice a few shows are still releasing an episode a week. (Like Ted Lasso and SnowPiercer), so I wonder…

Am I alone in being disappointed when a whole season isn’t released at once? I mean… it’s like I can no longer be expected to remember the storyline of something from one week to the next and I wonder if my (our?) need for instant gratification is so great we’ve lost the ability to be patient?

Linking up with Denyse for Life This Week.