In the world of writing to ‘kill your darlings’ means to delete words, phrases, sentences, paragraphs or indeed – whole chunks of your work, including characters – no matter how brilliant. It can be challenging, whether you’ve written an epic novel or a blog post. Either way it’s about taking a deep breath and throwing away things that have become precious.

It occurred to me that I’ve been trying to do that in real life. And no… I don’t have a hit list of people-who-piss-me-off. Although…

No, rather I realise that I jumped on the now-quite-cliched ‘Declutter your life’ bandwagon WAY before it was the meme-du-jour. 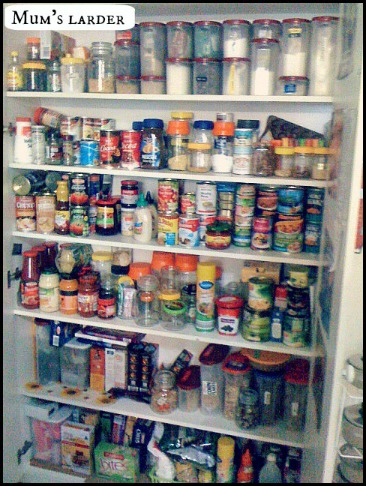 My progression to a decluttering mentality could be a result of rebelling against my childhood. My mother loves stuff. She loves stuff that others give her. She loves stuff she finds. Though she’s nowhere near a candidate for the TV show Hoarders, she loves ‘things’. Others know this so they buy her more ‘things’. Even I’ve succumbed to the inevitable and bought her photo frames and the like because I know she will appreciate them; despite already having a gazillion.

As a result, sometime after buying my first place I realised that I liked ‘clean’ surfaces. And by clean I obviously mean not-dirty, but I also mean ‘clear’ and devoid of clutter. Given that I’d bought an inordinate amount of crap when I lived overseas (trinkets, statues and so forth) this essentially meant putting away things which were quite precious. 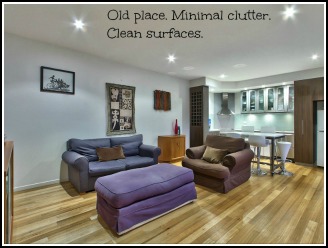 When I put my last place on the market (the first time) I had to declutter even more. The Real Estate agent told me I could have NOTHING on tables and benchtops. Boxes of trinkets, photographs, candles and various thingys were stored in my garage awaiting their move. Sadly my place didn’t sell and I pulled it off the market. However, a year later when I put it back on, I realised that I hadn’t actually recovered the boxes from my garage… I’d quite happily lived without those things for an entire year.

My new place (I’m still allowed to call it new as I’ve been here less than one year!) is smaller than my last place. It took some getting used to and I’ve written about the lack of space and my desire to make it homey and comfortable but tasteful. And, I’m slowly getting there.

But, the less-space means I’m still grappling with ‘stuff’ on counters and benches. Stuff in the way. “I vant my clean surfaces!” I want to screech in a German accent.

My brother, sister-in-law and niece visited at Easter. At one point Miss Em was whispering to her mother and they jokingly told me that they noticed I’d removed most (almost all) of my photographs including those of her. It’s probably quite obvious to them as my mother’s house is straining under the weight of family (and particularly Miss Em) photos. Plus once I had surrounded myself in them. 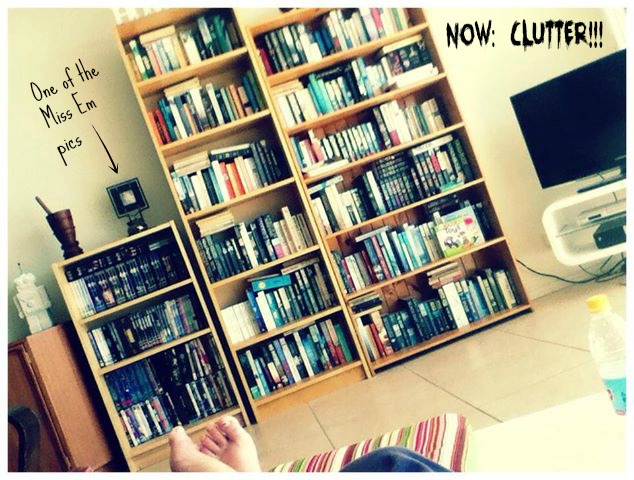 Most of my pictures were stored when my house went on the market. I’ve only kept a few out (literally 3-4). I’ve thought about it since and compared it to my mother’s place where angst about decorating or any worry about the place looking just ‘so’ is FAR outweighed by her (and my father’s) passion for family and friends.

Mum ‘might’ draw the line at some v.distasteful ornament, but there is no way she’d strip her place of photographs. Not. In. A. Million. Years.

So… I wonder have I just ‘killed off my darlings’ and cleansed myself of precious things in an attempt to declutter (and feel more zen) or am I a case of house-proud-gone-mad and lost all sense of sentimentality?

Are you pro/anti clutter?
Do you like to have your ‘stuff’ around you?

PS. This post is part of a pigeon pair. Well, actually I don’t know what a pigeon pair is, but I like the sound of it. As it happens, today’s post in Diet Schmiet dovetails quite nicely with this one. #birdsonthebrain!