I recently watched the first series of a TV show called The 100 (pronounced ‘the hundred’). Essentially it’s a post-apocalyptic drama in which 100 juvenile offenders are sent to earth 97 years after a nuclear war rendered it uninhabitable. The remaining humans have been living on The Ark in space since before the war and, as they’re running out of oxygen, decide not to wait the century before returning to earth as originally planned. 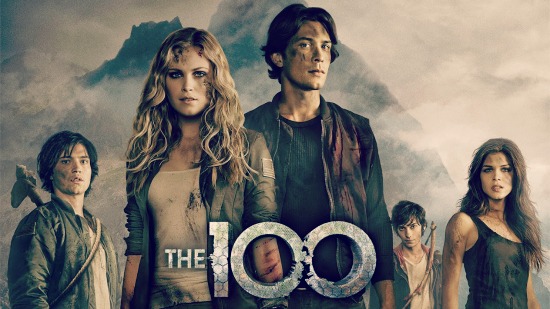 The show centres around The 100 attempting to ‘settle’ on earth. They all know our history. They know what went wrong first time around and yet it’s obvious that they’re doomed to repeat the same mistakes. Although they’re the interlopers they wage war on those already inhabiting the earth—eschewing negotiation and peace for violence and control. They quickly move from home-made knives and machetes to guns and—before long—bombs.

I found myself wanting to shake these young people. The irony and futility of it all was almost too much. I was channelling Robert Burns and thinking about…

But of course, I told myself, it was just a television show. It was fiction.

And then last weekend I came across a documentary about the World War I battle raged at Pozieres involving Australian soldiers. I was intrigued because my grandfather’s uncle was a man by the name of Duncan Chapman who was the first Australian soldier on the ground at Gallipoli. Despite our terrible losses there, Great (x2) Uncle Duncan survived Gallipoli, losing his life in August 1916 at a place in France called Pozieres during the Battle of the Somme. 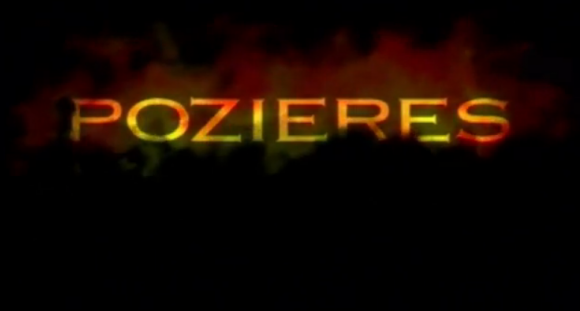 * Documentary no longer available from original source. (You may need to search for it.)

I’d not heard of the place and if I’m really honest I know little about our World War I efforts. Like many, I struggle with the concept of war. While I appreciate the sacrifice of those who’ve fought and died for their country, the futility baffles me.

So I was surprised to find myself riveted to the 52 minute long documentary about the seven week period during which 23,000 Australians lost their lives.

Yes, that’s right. Twenty-three fucking thousand?! Five thousand here, six thousand there, one thousand this day, two thousand the next. Such losses today—for us here in Australia—are unimaginable. And at the end of that period, when we’d literally run out of enough men to fight, we’d gained a total of 10km.

Meanwhile back home the documentary touches on issues like conscription as well as the increasing sense that perhaps we should not even be involved in wars so far from home. Most frightening and something I did not know was the way we treated anyone of German descent. Essentially the men were rounded up and put into camps and later deported, often along with their wives and children. I was gobsmacked. I couldn’t help but feel a sense of deja vu in terms of society’s (current) treatment of muslims and those from the middle east.

Have we learned nothing in 100 years? I found myself asking again. And this time, unfortunately, it’s not a work of fiction.

Do you feel we (as a society) learn from our mistakes?

Linking up with Essentially Jess and her IBOT team today.

* Please take the time to watch this documentary, written and directed by Wain Fimeri.