Almost the end of the month AND the financial year here in Australia. As I’ve only worked for a few months this year I have my fingers crossed for a tax cheque which will make a nice change. And keep me off the streets (ie. pay my mortgage, electricity and hefty brownie-mix bills) for a while.

After dipping a little mood-wise earlier this month I’m feeling much better** so….

What I’ve been watching

I’m still not really watching any real / live television which is kinda weird. Occasionally I’ll turn it on to look at the TV Guide but mostly I rely on Netflix for my TV fodder. It seems I’m either binge-reading or binge-watching something.

Recently I finished the first five seasons of Brooklyn Nine-Nine which I enjoyed. Before leaping in, I wasn’t sure about the humour but I really enjoyed the clever dialogue and scripts.

I rewatched season two of Jessica Jones so I could watch season three and am a little sad that series is now over, but hopefully Jessica will appear again in the Marvel world.

I FINALLY got to After Life with Ricky Gervais, which I’d held off because well… Ricky Gervais; but it was okay and I’ll definitely tune in for season two.

High Seas (Alto Mar) is a Spanish production which was very stylish. It’s set on a luxury ship travelling between Spain and Brazil in the 1940s. It wasn’t amazing, but the sets and costumes were kinda luscious.

And while I had the ‘audio’ set to Spanish (which I’ve worked out is the only way I can stop Netflix dubbing foreign films into English!!!) I watched In Family I Trust, a sweet movie set in Barcelona and Santa Clara which was rather predictable but helped pass the time.

As a complete aside, I’ve been pondering the long hair thing. Jessica Jones rarely (if ever?) does her hair up. Yet she’s fighting crime. I can’t help but think it’d get in the way. I used to think the same about the Bionic Woman and now I think of it there are a few long-locked actresses who go about their everyday business with their hair out. 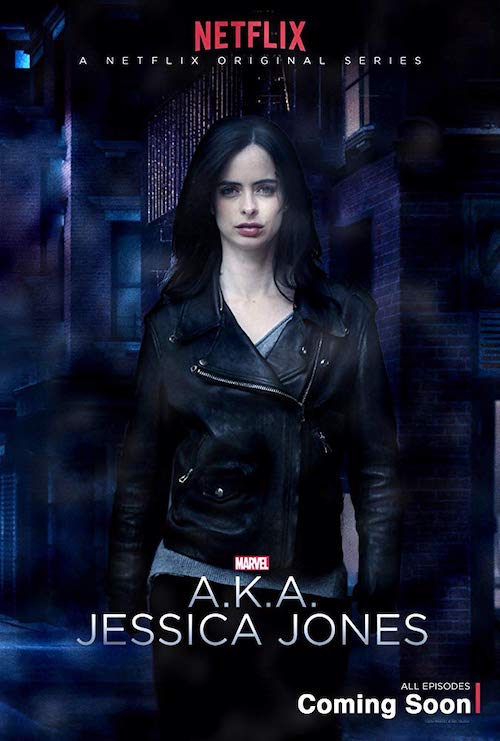 When I had long hair – or even mid-length hair – I never wore it out as I got hot so I figured it defeated the purpose of having long hair. (Next on the prevarication agenda: world peace.)

I had all of my colour cut out about seven weeks ago. I expected to be grey. But I was this kinda gun-metal grey. Steel coloured. It felt too dark. So I bought a cheap temporary colour to put through it. My plan was to grow it and hope that the darker colour is better when it isn’t so short.

Anyhoo, I’ve no idea what to do next. I had intended to grow it a bit but now don’t know if I’m gonna need to get this bloody brown colour cut out of it. (And yes, #firstworldproblems)

** Written before I had a really sleepless night during which I pondered:

I should note I’ve pondered on (1) for a while. (2) kept me busy during last night’s sleepless hours as I looked at potential house designs for the additional property on my lot. (3) sounded really good until I then saw pics of homewares I liked and I remembered how much I like nesting and the fact it’d kill me to live in a place I couldn’t make my own. (I think!)

What’s happening in your part of the world? Do your moods (and life decisions) change as rapidly as mine? Perhaps I could blame menopause.

Linking up with the Lovin’ life gang today.