“You’re fired,” Donald Trump or Mark Bouris would say on the US or Oz version of The Apprentice.

“The tribe has spoken. You’ve been voted off the Island,” the cute-ish guy would say on Survivor.

And on Big Brother, “It’s time to go… Debbish.”

I’m sure there are more examples but that’s about the limit of my reality TV references, all of which occurred to me yesterday when I was ‘sacked’.

I’ve written about my reaction to losing my job in my diet blog, because I found my change in mindset somewhat intriguing: I went from dreading the idea to worrying I wouldn’t receive the offer – just within a month or two.

As it happens, I’m one of 15% of people in my government department to lose my job. Similar percentages of people are going from other agencies as well – part of my state government’s cost-cutting program.

It’s been coming for a while, in fact you may recall I wrote about the impending bad news a couple of months ago.

We’ve known about it. I’ve been prepared. Which is why I was somewhat shocked to find myself quite emotional when the time came.

As I mention in my other blog, my former managers had all gone, so some poor sucker I didn’t really know was charged with the responsibility of calling me. Had I still been with the agency I would have received the news face-to-face.

My bearer-of-bad news did a good job. I did wonder though if there was a script?! He started with an intro… “Today the Department’s new structure will be released. Each position will have a name against it. If your name isn’t there then (unfortunately) there’s no position for you.”

Then… “I’m sorry but your name isn’t on the structure.” 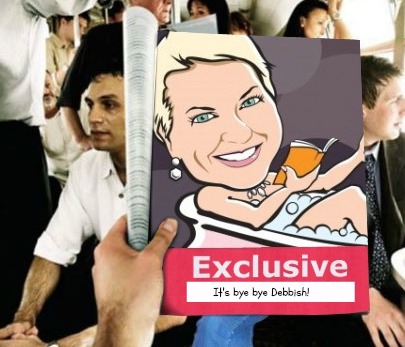 See what I mean, very reality-TV like. Although we didn’t pause for an ad break and there was no drawn-out opening of an envelope. Or public voting. (I  hope.)

Because I was expecting the news and (kinda) welcoming it, I obviously took it well. I hope others don’t shoot the messenger. Mine had 12 face-to-face interviews ahead of him.

Perhaps it’s easier for me. I’m not even IN my agency at the moment and haven’t been there for over 18 months. I’m not taking it personally. I realise that it isn’t about me.

In fact, I would have been surprised if my name HAD appeared on the structure given my absence. But the news is unwelcome to many others and I feel for them.

I can just hope that managers are delivering the news with compassion and consideration; and that those receiving it understand that their bearer-of-bad news probably goes home and downs a dozen scotches after notifying staff they are (unfortunately) being voted off the island.