A few years ago I listened to a writer speak about her first book. She was in her early-mid 30s and taken a redundancy from her job in government several years before – which piqued my interest, having done the same.

But she said – although she earned a little income teaching writing and mentoring – it wasn’t enough to live on. She’d had the good fortune to get a publishing contract and an agent, and was working on final edits when she found herself broke.

She decided she’d have to go back to work and started looking at jobs in the field she’d worked before. It was soul-sucking she said… to think about going ‘back’. And then, her mother told her not to do it. Her mother offered to help support her while she continued writing.

Now I’m not sure if her mother was super-wealthy or just comfortable enough to be able to help her daughter; and I don’t know whether there were siblings begrudging this, but I was enchanted by the idea.

Not necessarily that she was being financially supported by her mother, but the fact she shared it with us. By her honesty.

I shared a link to an article on Facebook the other day and wondered if either the piece, or I, would receive some hate as a result. I’d first seen it last year some time and it really resonated. I was at a point where I was trying to set up my freelance writing business, but not really having the confidence – or the nous – to do so and wondering how so many writers, freelancers and bloggers did it.

Id’ encourage you to check out the article which is essentially about an author who’s calling out others (though not nastily) about not being honest about how they ‘live off their writing income’. She admits she’s been able to do so thanks to her husband’s salary. She mentions a number of other people whose parents have financially supported them or who have wealthy (or just income-earning) partners allowing them the freedom to not stress TOO much about how the bills will be paid.

When I first made my seachange I commented to a not-so-pleasant person in my building that I planned to have a little break from work. His response… “that I must have done well out of the divorce.” Later he suggested I should be able to access my superannuation… being over 55 and all. I was about 43 and still unsure if he was joking.

But I wasted no time in telling him I’d never been married or partnered-up. Always single and everything I’d earned I’d earned myself. #defensivemuch?

I know I haven’t had the expense of children and this isn’t meant to be one of those: is it cheaper for two people on two salaries to live than one on one; or how much I’ve saved by not being able to have children etc debates.

However, I’ve recently been to a blogging conference and met a number of people who dream of being able to support themselves solely via their blogging. “So many others are doing it!” they say.

And maybe they are.

I’m fairly sure it’s no one’s business but theirs how someone pays their bills or how they support themselves. But I can’t help wonder ‘we’ aren’t setting up false expectations. 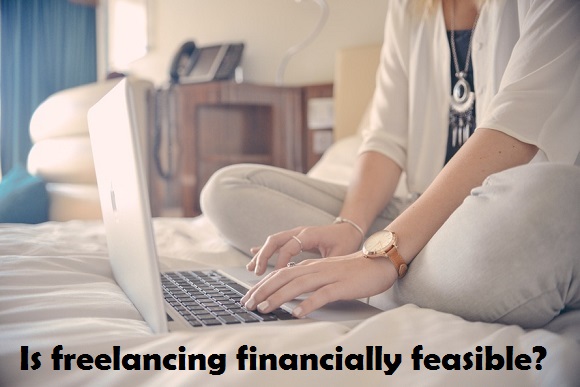 Wannabe authors expect to be able to live off their royalties, something that happens here in Australia but rarely. Many well-known authors have other jobs and sources of income. Or their partners are able to support them. Or perhaps they’re single and receiving $260 weekly via unemployment benefits.

Beginner bloggers or freelance writers imagine being able to live well, or at least eat, on the incomes they’ll earn… because it seems others are doing so. I know I looked enviously upon others seemingly living off their freelance earnings when I was trying to do so. But for all I knew they had partners who worked to pay the mortgage and school fees, or they inherited money or similar.

I’d still love to support myself via my writing, but the need to pay my mortgage, rates, electricity, home, contents and car insurance and car registration, health insurance, water and so forth (alone) means I need to earn more than I can imagine as a freelancer. It just doesn’t seem feasible.

Is freelancing financially feasible? Are you a freelancer or work for yourself? Do you think people need to be honest about their income or is it none of our business?

I’m IBOTTING and linking up with Kylie Purtell again today.