I know this is a very first world problem, but nevertheless it is a dilemma with which I have been grappling for some time.

I love fairy lights. Not the tragic multicoloured kind (with the large bulbs) favoured by pub beer gardens in the 1970s or 80s, but the pretty white kind. 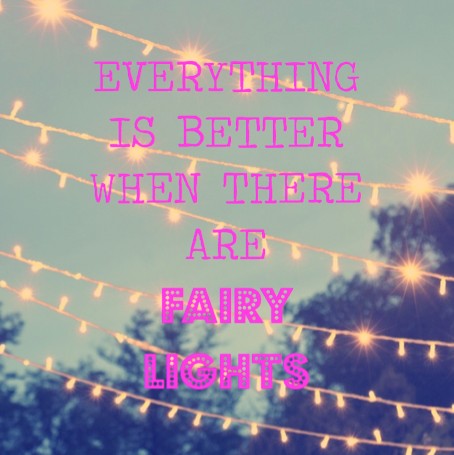 My brother and sister-in-law had some around a porch nearly 20 years ago and with trees and other foliage also enveloping the porch, the whole effect was very pretty. Later, when I became a Buffy the Vampire Slayer addict, I noted that Willow (or her GF, Tara) had some in their college room. INSIDE! The notion was new to me at the time (back in the late 90s or early 00s) and I yearned for the day I too was sufficiently decadent to drape fairy lights INSIDE my place.

Eventually, after moving into my last apartment, I put some fairy lights in a large vase on my balcony – the kind on twigs (from Freedom Furniture, though they appeared much cheaper elsewhere – and everywhere – later). And, although interior fairy lights were already a bit passé, I put some in my bedroom. Of course I realised later that they were kinda wasted cos I never hung out in my bedroom to enjoy them. 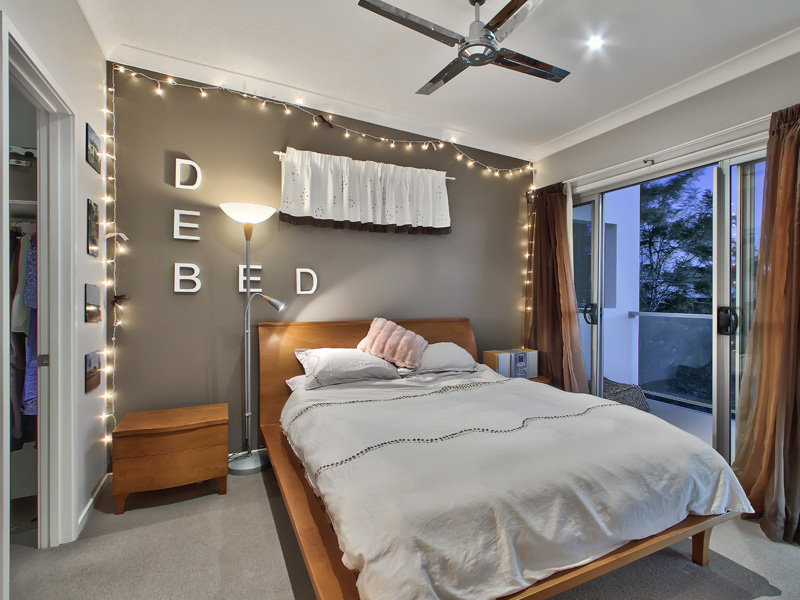 Which brings us to the here and now. 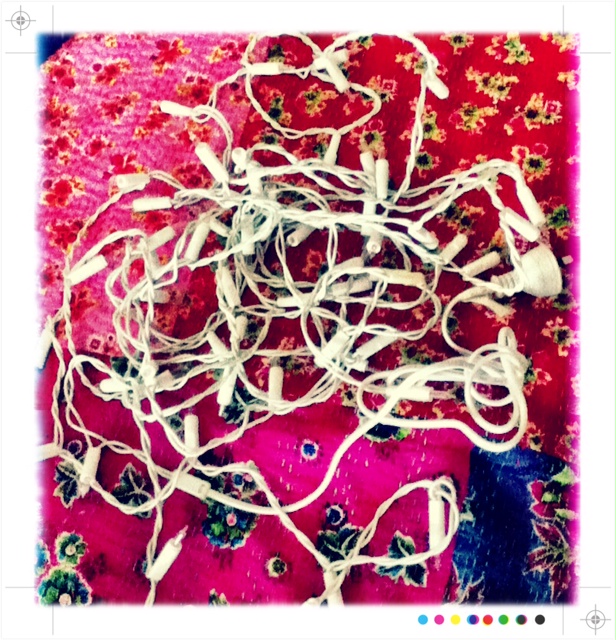 I still have my bedroom fairy lights from my old apartment. They’re white and about 8.5m long.

I really can’t think where I’d drape them inside my current apartment, but am loath to put them outside because – although I’d love to have them on my verandah – I’m not sure how to do it without them looking like Christmas lights or like I’m trying too hard.

I have a powerpoint out there so it’s doable. And the front of my verandah is about the right length – about 7.5m long.

I could wind them around the top rail of the glass balustrade, or put them along the ground, or the roof. Or at the back of the verandah along the sliding doors (although they’re an odd shape).

Of course there’s probably a way of scrunching them up so they look a bit edgy. (I suggest hopefully!)

Again, my question is: how do I do it without looking like I’ve forgotten to take last year’s Christmas lights down; or like I’m hosting a wedding? Or… you know… a no-taste tragic?

Any suggestions?
Should I focus on finding a spot inside for them?
Are fairy lights a no-go anywhere other than gorgeous wedding / party marquees?
Does the notion of fairy lights make you gag?