I had a hair appointment on the weekend. At 8am. Yes, it’s true and I have no idea why on earth I made an appointment for 8am on a Saturday, I mean, WTF was I thinking?!

Nevertheless I made it there on time (unlike their other 8am client. I know, I know… no need to boast and all that; but, I’m just sayin’…) and settled in for some costly hair therapy.

Now I know my hairdresser isn’t one of the more expensive around. I read the articles and know that those-who-can-afford-it pay exorbitant amounts of money for someone to  play with their hair for an hour or two, but the $255 I pay for a cut and colour, given my hair is 2-3cm  long all over is quite enough thank you very much.

As I go every six weeks, I occasionally ‘do the math’ and contemplate the notion of ‘leaving’ my beloved hairdresser for cheaper pastures. But then I go elsewhere and something scary happens, tears ensue and I go running back to my (obviously-bereft) Ex, all apologetic for my infidelity. She forgives me and we continue to coast along… until the next time. 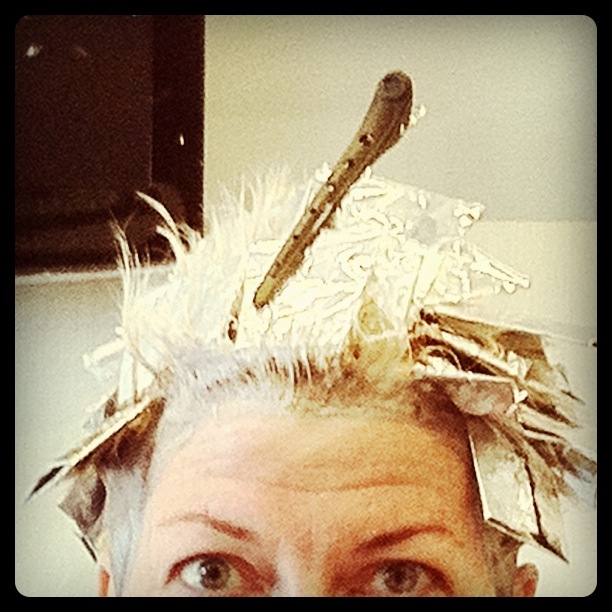 In case you needed it, here's definitive proof I've not had botox.

Occasionally though, in those moments of infidelity, I’ve discovered places who give good hair. Of course they are usually even more expensive. I’ve luxuriated during lengthy scalp massages, relaxed in vibrating chairs, dined on cafe-prepared food, and lolled about in thick fluffy gown thingies (as if I was at a spa rather than a hair salon).  But none of these were able to permanently tempt me away from my beloved.

My hypothesis goes like this: there’s some median range on a bell curve* (representing the cost of hair appointments) where you get some personalised attention. If you pay too little, you are akin to a can of pineapple on an assembly line and the person affixing the label frankly doesn’t care if they ever see you again. But if you pay too much (unless you are sufficiently famous or important) you are expected to fall at the feet at those wielding the scissors as if before God. Or Lady Gaga. Or similar. 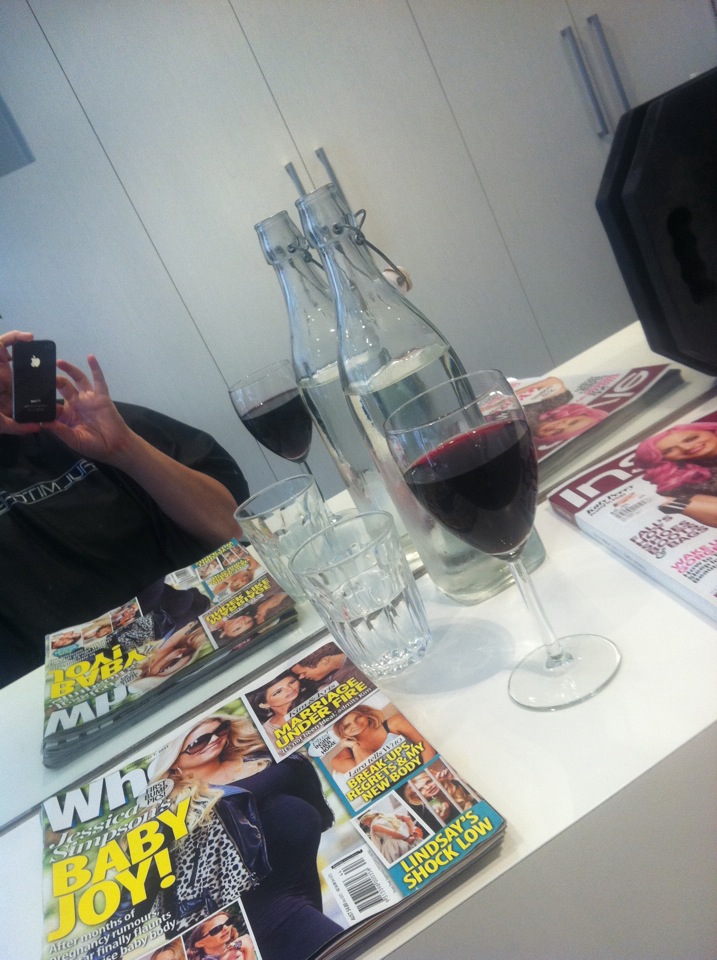 Not 8am Saturday morning. Obviously.

My hairdresser mostly does a good job and despite my occasional waywardness, I continue going there because I know what I’m getting and she loves me (and why wouldn’t she?!). Like the bar in television’s Cheers, everyone knows my name (well… she does, as does the poor trainee responsible for washing my hair and massaging my scalp).  Given my over-sharing habit, my hairdresser has been (undoubtedly) a most-willing confidante over the past ten or so years. And she remembers the important things. She knows I like wine or champagne if I have an evening appointment. She knows I prefer WHO Weekly magazines to Vogue. And she’s never surprised when I’m sucking down diet coke at 8am and lugging my new laptop so I can tweet and blog while she’s painting my tufts of hair.

I try to think of my visits, less as appointments, but more as little 2-3 hour ‘outings’ involving a lengthy (and delicious) head massage, some salacious gossip and the opportunity to debrief with someone who really only has to give a shit about my life once every six weeks. And all for the princely sum of $255. Priceless.

* My scientific prowess amazes even myself!