I signed up for the Australian Writers Centre May Mojo Month. Ironically it’s all about reigniting our creative juices and getting our mojo back and yet I ended the first week with only five of the nine days of activities done. Mojo schmojo apparently.

It’s day ten and I’m now catching up on what I’ve missed. I blame a uni assignment, a few hours of paid work, some book reviews and much procrastination. Anyhoo…

I actually paused on day three first time around* because I really liked a point made about creating habits and I needed to ponder it more. Regular readers may realise I believe stuff will only be absorbed into my psyche if I overthink about it. A lot. 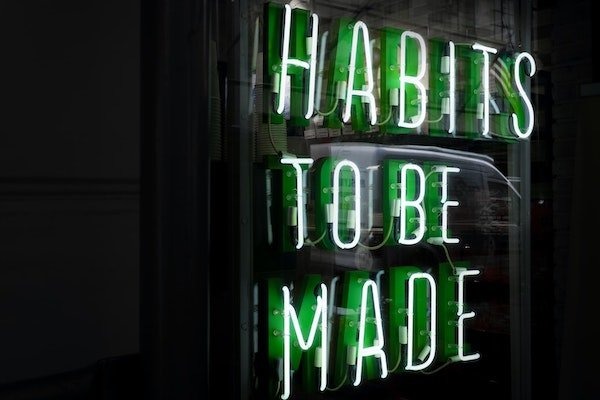 The ‘lesson’ attached to creating habits references habit stacking which is discussed in this reading by James Clear. Although the article references scary stuff like synaptic pruning, neurons, brains and babies (!!), habit stacking appears to simply mean pairing a new (desired) habit with an existing one.

Clear’s examples include: After I pour my cup of coffee each morning, I will meditate for one minute. Or, after I finish my meal, I will stack the dishwasher.

Now I’ve read A HEAP of stuff on forming habits and I’ve talked about it here and referenced articles by Leo Babatua (Zen Habits), Mark Manson and even Matt Cutts. They always talk about the time habits take to form and that taking on new habits should be an iterative process for it to be sustainable.

But, in my little world, the idea of attaching a new habit to an existing one is a new thing. It makes sense. As Clear puts it (albeit more eloquently) we’ve cemented existing habits into our brain. We do them like clockwork – brushing our teeth, dressing for work, making breakfast, pouring a wine at the end of the day. And all we need to do is associate that with something new. Before, after or during.

And then there’s the opportunity to go one step further and ditch one habit and replace it with another.

Many of the participants of the AWC course have said instead of scrolling on their phones as they drink their morning coffee or surfing the internet on arriving at their desk, they’ll do the Mojo May task for the day.

I’m still working mine out. I’d like to drink a glass of water when I have my first diet coke of the day. And perhaps brush my teeth and moisturise the dry cracking skin on my face after the second.

Have you heard of habit stacking? What new habit would you add to your existing habits or routines?

* I actually skipped day two and moved to day three because day two involved ‘observing’ people and I didn’t leave the house. So…. 🙄