But my struggle with guilt is broader than my eating / weightloss. 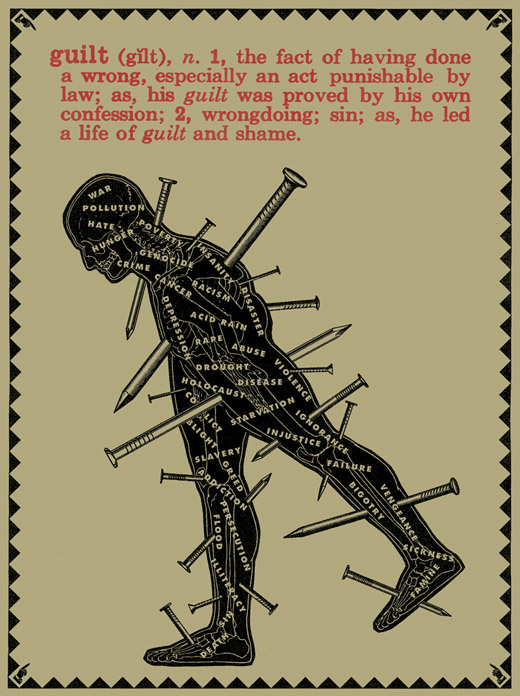 I’ve spent the last couple of days wallowing. And yesterday it occurred to me that I was almost completely hamstrung by feelings of guilt. Some of the stuff on my mind made no sense at all but the thoughts and feelings prevented me from: focusing on more worthwhile activities; relaxing; or just feeling happy and contented with my lot in life.

1. You should go and have a swim. It’s hot, the weather is perfect for a dip. You never use the pool. It’s a great pool and completely wasted on you because you don’t use it.

2. You should go for a walk on the beach. It’s a nice day. You haven’t been onto the beach all year. It’s metres away so there’s no excuse. You’d be getting some exercise, refreshing your mind AND getting some colour on your white legs.

3. You should be working on blog posts for the coming week so you don’t have to stress about them later.  Plus it’ll give you more time for ‘real’ writing later in the week.

4. You should get that YA novel out and do some work on it. That way you’d feel like you did some REAL writing and you finished something for a change.

5. You should have gone to the Post Office as the book you ordered may be there. Otherwise you’ll have to wait for later in the week. You’ll have nothing to read and regret your laziness.

6. You should have caught up with <insert friend’s name here>. You haven’t seen them for a couple of weeks and you will have missed that opportunity.

7. You should have cleaned the bath. The Exit Mould has been sitting next to the bath for days. Waiting for you to clean it. It’s disgusting.

8. You should have done something about more work / business opportunities. It’s your day off work so the time to do something about this. Finish those bloody emails you started.

9. You should have done something about that television connection by now. You could be watching cable TV movies but it’s wasted on you as you haven’t fixed the connection! 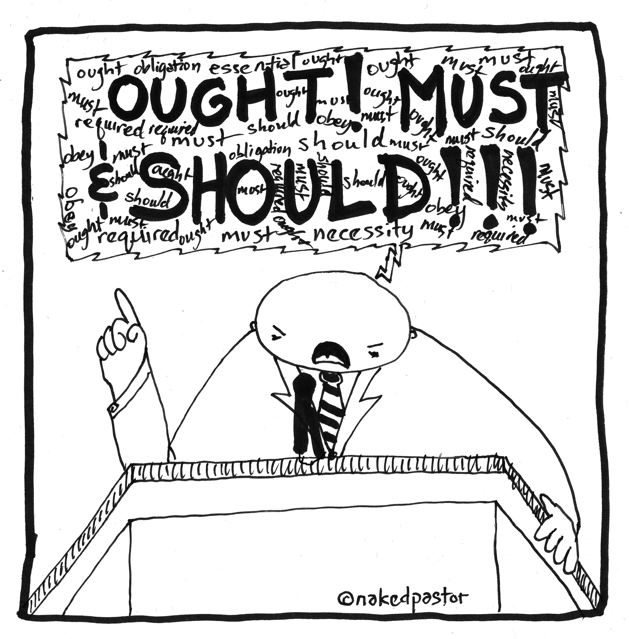 1. The nagging me was obviously in a shitty mood.
2. Half of that stuff didn’t even make sense! I mean, who the hell feels guilty for not swimming more?!

Plus, well… I’ve talked before about ‘shoulds’ and ‘musts’ but this was the first time I tried to properly document all of the stuff my mind told me I SHOULD be doing. It was also the first time I let some of the thoughts wash over me, acknowledging them but letting them pass. (Incidentally I started this practice the day before when overwhelmed with the desire to binge-eat… but more on that another time!)

The just-noticing-my-thoughts and feelings-but-not-acting-on-them was new. I wasn’t entirely successful however, as I did spend part of the day wallowing in the stuff I didn’t do (ie. most of 1-10!).

I’m fairly sure EVERYONE struggles with guilt from time to time, but does anyone else sometimes find themselves completely flummoxed because of it?

I’m late to the party, but linking up with Jess and the IBOTers today.

PS. I’m not very inventive with my blog titles as both of those referenced early in this post are almost identical! #oops