I was scrolling away on Instagram this past week (as you do) and came across a snippet of an interview with Australian singer/songwriter Missy Higgins on ABCTV. Now – I HATE (hate hate) watching / listening to reels or videos or similar but can kinda bear something short if I can read the dialogue instead of having to listen.

And the title ABC had given the piece really hit home.

Grieving the loss of a life you imagined. 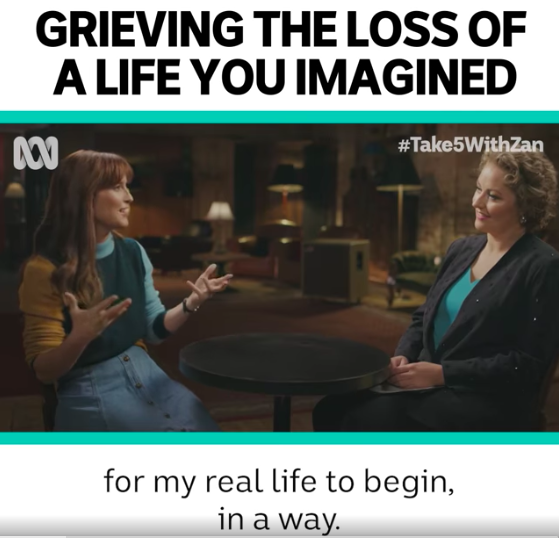 Wow. I’ve talked about this before. But perhaps not as eloquently (as Higgins does, though specifically about her marriage break-up).

[Coming across it] was timely as I’d been away for work and met some colleagues for the first time and had a lengthy ‘deep and meaningful’ conversation with one about where we were at in our lives.

She’s single though been divorced a couple of times and has kids and grandkids. I talked about the fact that I’d always been single.

We talked about how you imagine a certain life for yourself. She assumed she’d remain happily married. I assumed I’d fall in love, marry (as one did in those days) and have a family.

But in my case, time passed and none of that has happened (even though I attempted to become a mother in my early 40s). My colleague mentioned her mid 30s daughter who’s panicked she won’t find someone soon and not be able to have children.

I talked about my experience. I ALWAYS wanted kids. It never occurred to me I wouldn’t have them. Growing up my expectations were around getting married and having a family. Never about a career. Or work. Or travel. Just family.

In the interview Missy Higgins talks about being on the edge of starting life, which she assumed would come as she walked down the aisle. I could very much relate.

She said she felt like divorcing was failing. She said she had to mourn the death of a story. 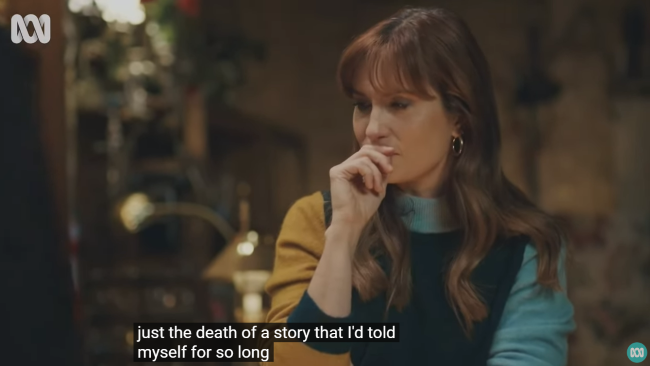 I told my colleague that the death of my story had been a struggle for me for some time.

I had to rewrite my dream. To revise my story. To let the life I’d imagined go. I’m not sure I’ve ever grieved it however. I suspect instead I’ve been more bitter and victim-like.

But I realise I can now accept where I am. Thing things I won’t have. The story that I won’t get to live. Higgins goes on to say that she realised we can’t write our own stories.

I wonder if this is true. I am sure I must wear some blame (though I don’t mean that in a finger-pointing way) for my life not turning out the way I wanted. I know I have self-worth issues and many many fears that have prevented me from living in a way that so many take for granted. Of course I also believe in fate.

So… though I may have skipped over the grief part and wallowed in self-pity and anger for several years (or a decade or two), I realise that have most certainly accepted my life as it is. But it’s not yet over. Things continue to change.

I almost added (just then) that I was ready to ‘rewrite my story’ but realise I’ve been doing that already. And living that story for over a decade now.

Thoughts? Opinions? Have you had to let a dream or story die? Have you taken time to grieve its loss?