My current hometown of Brisbane in Queensland, Australia, has just experienced record flooding. And although many lives were not lost in the city itself, many homes and livelihoods have been impacted, some destroyed.

I believe the State and Local Government authorities have been amazing. Providing regular updates and support during the crisis, and now in its wake mobilising relief and rehabilitation. Volunteers are being coordinated, bins scattered about the city for the destruction of perishables and kerbside pick ups arranged for debris and furniture needing to be removed from 20 000 flood-affected properties.  And yet, people are already complaining. There aren’t enough bins.  Our suburb has received insufficient attention and support. Etcetera.

Record rainfall in Brazil has similarly caused flooding, as well as mudslides. At least 600 people have been killed.  I’m sure their State and Federal authorities are doing as much as possible, but I can almost guarantee it isn’t as thorough or organised as the efforts of our governments. I mean I am sure there will be blame games here in Oz about how on earth this could happen in such a prosperous and developed city and country. Our policies in relation to dams, town planning, building requirements and the sustainability of infrastructure will all be examined.

Although not affected by the flooding in our State I feel nothing but sympathy for those who are. But if I had been affected I’d like to think I would be grateful that the authorities are doing their best to help and I would try really really hard not to complain. But perhaps it’s easier for me…. And no, not because I am an incredibly tolerant and generous person; but because my expectations are so very low in the first place.

In the mid 1990s I was in my mid 20s. I had just paid off my first new car.  I was working in Local Government and commenced studying for an MBA.  I was also wondering if I should be starting to save for my first house. But it all felt wrong. It seemed pointless. So, in an attempt to stave off my own quarter-life crisis and to seek some purpose for my own pathetic little existence I applied to an overseas volunteer program.

The Australian Volunteer Abroad (AVA) Program (like the American Peace Corps, or British VSO program) sends Australians to developing countries to work alongside partners in those countries.  Earning a local wage and living long-ish term in local communities, the program aims to be as beneficial to volunteers as those with whom they are working. 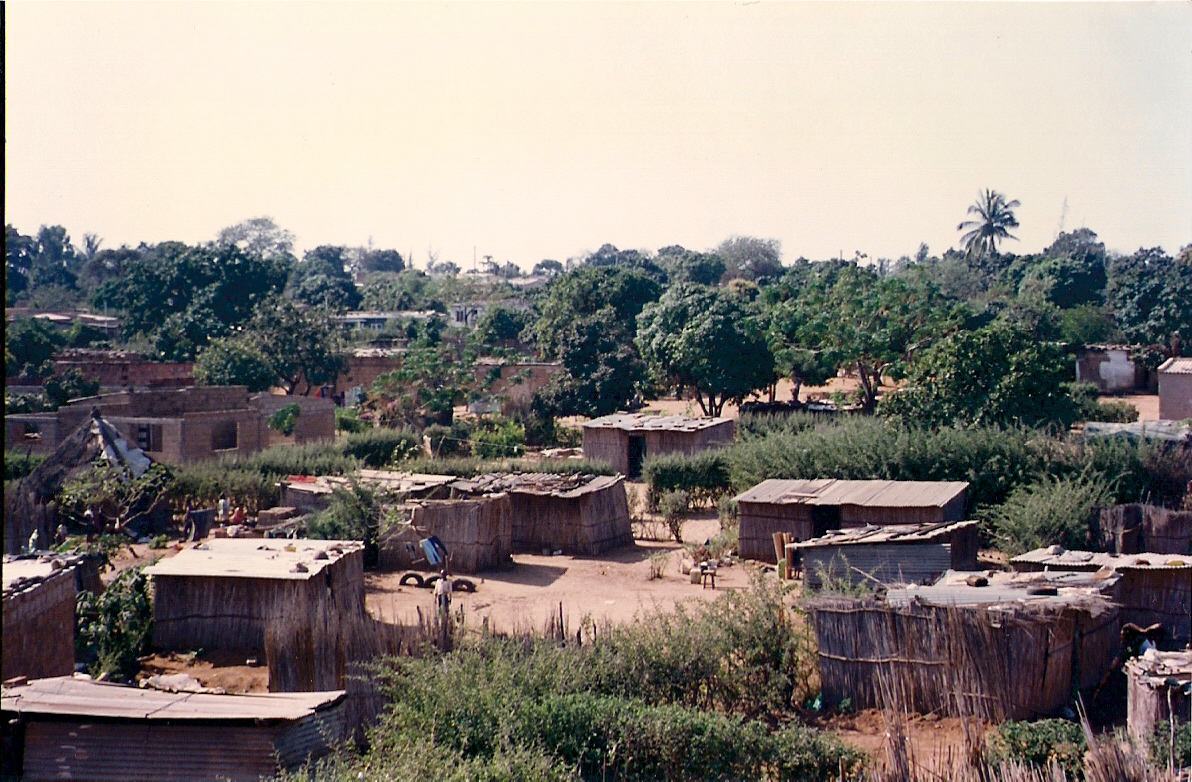 I worked as a volunteer in Mozambique and Cambodia. The African experience was more life-changing as it came first (and was probably more of a shock). I loved Africa. Until I returned home, I couldn’t imagine coming back here and certainly initially on my return I felt an extreme sense of culture shock and displacement. Cambodia was different and I was only there for 7 months. Security was in issue in both places, but while I was in Phnom Penh the post-UN power sharing agreement between the two Prime Ministers disintegrated until there was a coup d’état. The city was on edge for months before the tanks appeared and fighting started.

In both countries I worked in local organisations and lived in local accommodation (albeit better than many of my work colleagues could afford). Although I received very little money (in our terms) I still had savings and resources to fall back on and – well, quite frankly, I still had a ticket out of there any time I wanted to use it.

At the turn of the last century (ie.1999 – 2001) I also worked in East Timor. By then I was with the Commonwealth Government and there on a diplomatic posting. My lifestyle was quite different to that of a locally-paid volunteer.

In Mozambique’s capital, Maputo, I lived (like most people) in a high-rise building. I think there was one other expatriate in the building, although he moved out just after I arrived. No cause and effect there, but rather as a result of his being mugged at gunpoint on entering the building one evening and his suspicion that our building’s ‘guard’ was somehow involved. With two iron doors and a strong timber front door AND six floors off the ground, my own apartment felt quite safe. I had no hot water of course, bit quite often had running water and my electricity supply (as I lived near a large tourist hotel) was fairly consistent. I had a telephone line although battled with operators who (pre-2000 Olympics) had never heard of Australia were adamant that I really wanted to speak to someone in Austria whenever I attempted to call home… a result of my poor Portuguese as much as geographical ignorance I suspect.

My biggest splurge in the 16 months I spent in Maputo was a TV/video. Although television itself was limited to CNN, a local station, an Angolan station and Portuguese game shows, pirated videos were available for rent locally for about 20 cents. I had befriended two other Australian Volunteers in town and, as they had a car, they took me shopping (for groceries, booze and possibly illicit-money changing) while I hosted video evenings. 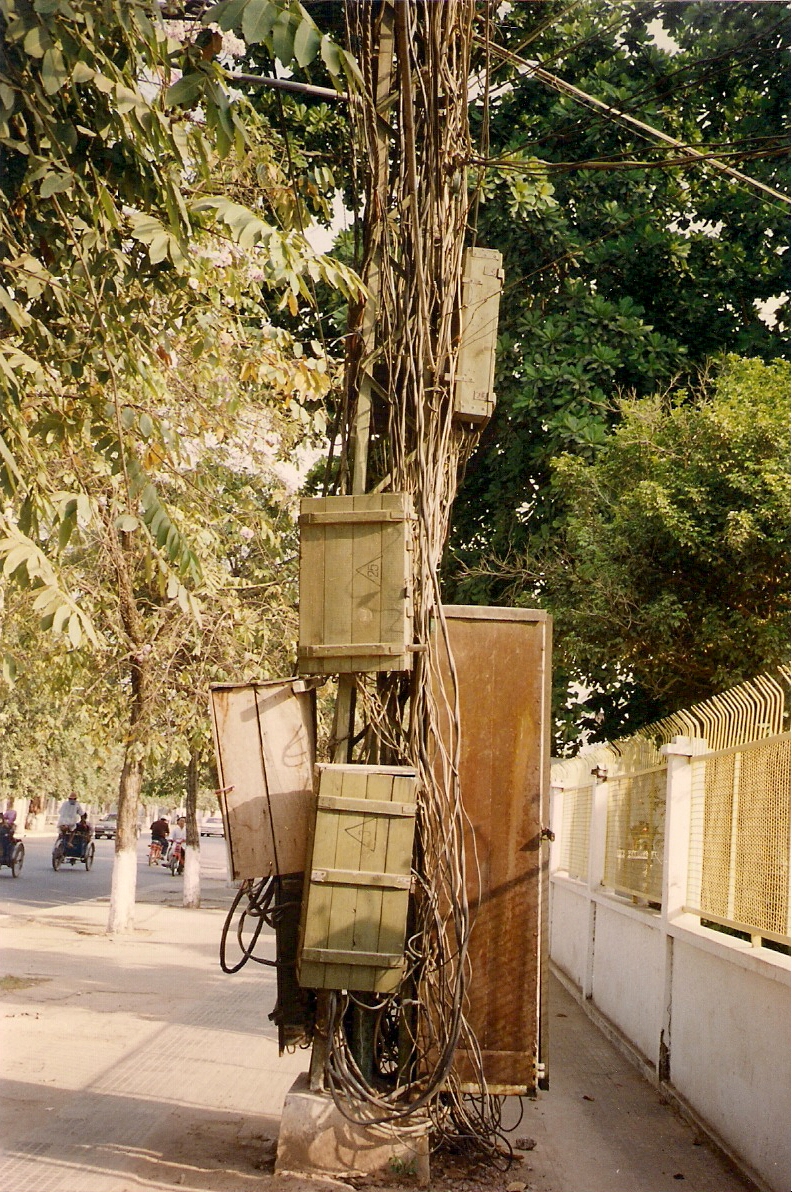 In Cambodia I lived above a local family in a little dirt street with no name. My flat had no telephone and intermittent power. I paid an exorbitant amount for the little power I did have, because it was the norm for neighbours to somehow tap into my supply and apparently expats paid more anyway.  Water was also in short supply, although it was my poor cleaner (ahem, ‘maid’) who lugged bottles to my flat each day. Given that she demanded to work daily (even though I didn’t want or need her to), I suspect it gave her something to do. Without access to transport I walked everywhere and travelling at night was not an option. Most evenings were spent sitting on my balcony by candlelight listening to my Diskman on batteries recharged before the power went out.

Although I would not even consider comparing my time in these countries to that of my local colleagues and compatriots, it was – by developed country standards – difficult. Corruption was rife in both countries. Just when I thought my workmates were accepting me as ‘one of them’, they would hit me up for some money. Meat was a rarity and I lived on potatoes or rice with sauces. I spent exorbitant amounts of money on treats. And pre-internet contact with family and friends was precious and rare. (In Mozambique, the minimum cost for my weekly fax to my parents was USD5.  On one occasion the line dropped out 3 times and the page cost me USD15.) I expected little.  And was rarely disappointed.

Then I returned home.

Naturally I thought I would return this zen-like more tolerant person and… well, just grateful for anything really.

On some level this has been the case. I find myself more appreciative of what we have (in the developed world and particularly here in Australia) that others don’t; social safety nets and supports, and well-functioning governments (on the whole). And every time I am frustrated with bus delays I remind myself how excited I was 9-10 years ago to come home to Australia and to our efficient (and well, existent) public transport system.

Several years before travelling overseas I worked in the social sector for Local Government. People with a disability were (understandably) unhappy that some buildings in our local area were not wheelchair accessible and some existing ramps provided a challenge for their motorised wheelchairs.

A month or so later I was living in Mozambique (like Cambodia) hugely impacted by land mines. By the time I worked in Cambodia many people had received artificial limbs. But in Mozambique one of the first people I saw with no legs was slithering along the ground.  It wasn’t an uncommon sight. If they were lucky they had rubber gloves. And if they were really lucky they had fashioned a skateboard to protect their bodies from the unrelenting surfaces of that country. 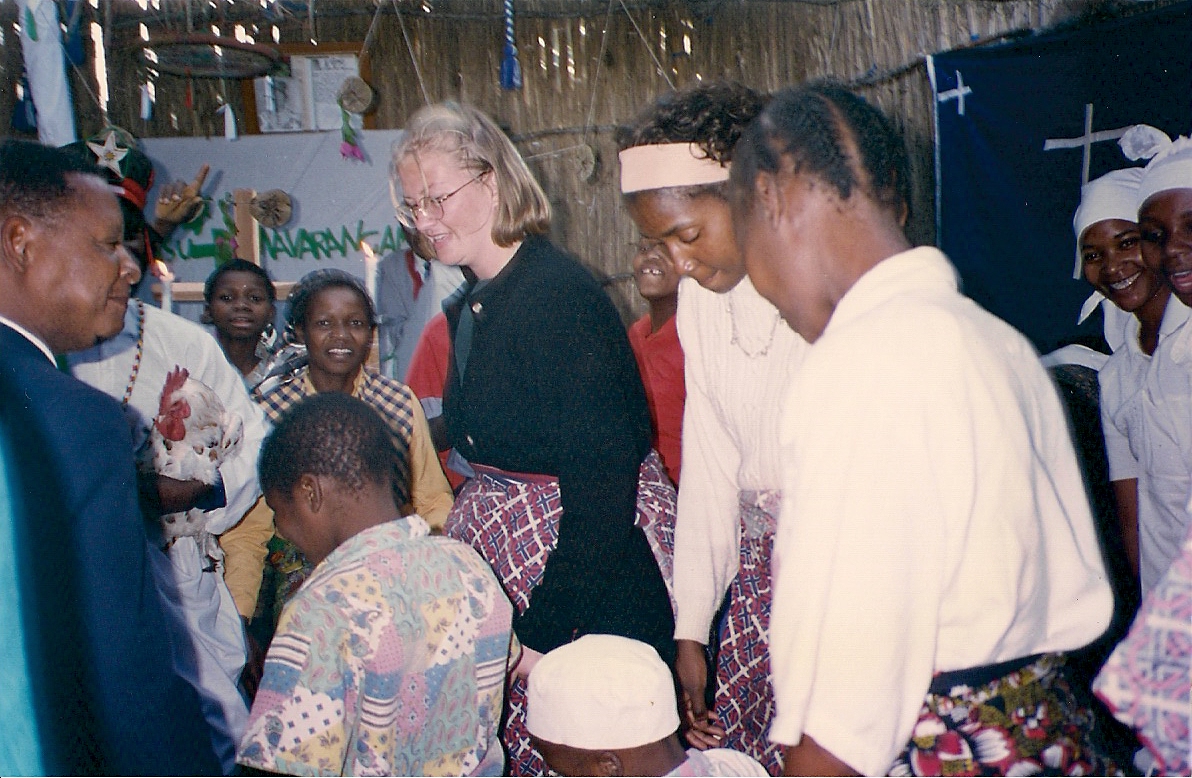 Me dancing in a church near Maputo (the man with the rooster is the Minister – and no, it wasn’t sacrificed). We’d been there for an AIDS presentation

And, as I said, on one level this has made me more cognisant of what we do have and I am more grateful for our lifestyle. Unlike many of my compatriots here in Oz, my expectations are generally pretty low. I can laugh when people complain about our public toilets and I can shrug off the very rare power blackouts.

But I am far from being the more tolerant person I hoped would evolve from my experiences with ‘the less fortunate’. So, although my expectations of life and others have changed, I did not emerge from my life-changing episodes changed. As it happens, I am still me. For better or for worse.