Once upon a time there were three bears. And a girl. The mother, father and baby bear went out… ummm… somewhere-or-other… and the girl – Goldilocks – wandered past and found their door unlocked. Or something….

I recently babysat for my favourite 4yr old boy, Pickle. As is always the case I went WAY over the story limit we’d negotiated and then at the threat of being uninvited (dis-invited?) to his birthday party (in August!!!) I acquiesced to telling him some made-up stories.

I used to tell my niece made-up stories, though mostly about my escapades when young – except now (she’s 19) they’re a distant memory as well. So, at a loss with Pickle I resorted to ‘re-telling’ fairytales and started with Goldilocks and the Three Bears. Which is when I realised I barely remembered it.

WTF?! How does someone forget a fairytale?!

Thankfully, he’d not heard it so the fact I only kinda remembered the porridge and beds didn’t result in damage which may require years of therapy as a result of unfulfilled fairytale-telling. 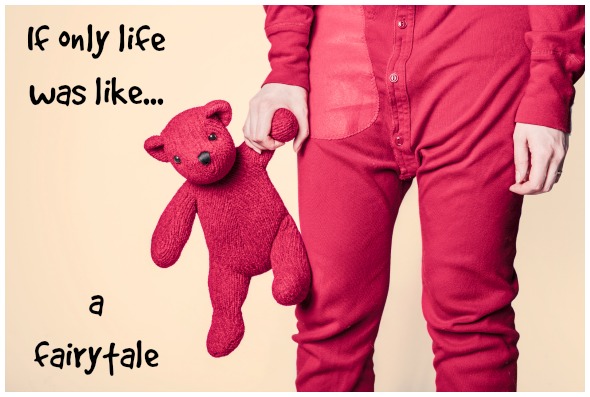 Of course the bit I did remember (re the porridge and beds) was that it was all about finding the right fit. One was too hot, another too cold and one was just right.

And then with the beds… one was too big. Or hard. One too small or soft, and the other just right.

In reality – now I think about it – Goldilocks was Single-White-Femaling the mummy bear – but that’s something to consider another time.

I was reminded of my botched telling of this story on the weekend as a girlfriend and I weighed up some Open Houses we’d visited.

Regular readers may recall that I’ve been considering putting my place on the market, so I’ve been scoping out houses for nearly two months now.

I have a distinct favourite. It just ‘feels’ like me. Except it’s huge. It’s officially got three bedrooms (which is what I want as I want a spare bedroom and a study). But it’s also got a room which can be used as a study. And it’s got a large converted room being used as a games room. Worse still it’s got a decent sized back yard with lots of established trees. Huge trees. Possibly requiring lopping. And it’s got a garden area with a pond. Possibly requiring some effort.

Despite my love for this house I have to confess that I KNOW it’s too big.

And then there’s another house. I’ve seen it twice. It is perfect. Well, it should be perfect. Price-wise it won’t even require much of a mortgage. It’s new-ish and low maintenance. The yard’s tiny and managable. It’s one street back from the beach and on a corner, so you have views of the beach from the front yard – if you lean over the fence. (Not quite like my current views, but…. beggars-wanting-to-get-out-of-their-apartment-into-a-house can’t be choosy).

However… it feels small. It’s got three bedrooms as desired, but its living space is really quite small (as is its verandah).

So I’m feeling a bit like Goldilocks. Huge houses are popular and obviously great for families. Small apartments are great for those who’ve really downsized their lives. But I need something in between!