Last week I broke my ‘personal’ blogging drought to partake in the Lovin’ Life Linky via a Taking Stock type post. I mentioned that I only got through a few of the discussion prompts, so decided I’d continue today. So, for your reading pleasure… the excitement that is my life.

Hating: my hair. I know it’s incredibly vain but I seriously dislike my hair at the moment. I went ‘brown’ over a year ago, and had it cut short after my weight loss surgery last year, as hair loss is a common symptom (and one from which I suffered). I didn’t feel much like me while it was short and dark so I’m growing it and attempting to go lighter again but I currently look like I have a ginger mullet. And it’s not pretty. I try not to care, knowing EVENTUALLY it’ll be respectable again, but still…. 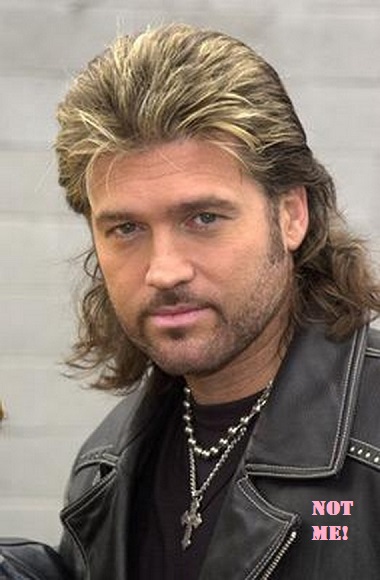 From a site called: coolmenhairstyles.com (I kid you not!)

Missing: a work trip to Brisbane. I was up at stupid o’clock to catch a plane to Brisbane today but… my flight was cancelled because the pilot deemed the plane ‘unfit’ to fly. Which sounds kinda worrying. The domino effect meant a series of delays and we weren’t guaranteed to get to Brisbane until early afternoon. Which made the day-long trip kinda pointless for me. There were still dozens of people (including families) left stranded and missing connecting flights, so I decided I had little to moan about and simply went into the office as usual.

Pondering: the concepts of quitting and success vs mediocrity thanks to a Let It Be podcast I listened to earlier this week. More on this later. Perhaps.

Watching: series three of The 100. I mentioned last week that I’d not (even) switched Netflix on for a couple of months, but after a challenging day at work on Tuesday I really didn’t have the energy or inclination to do anything else. So – for the first time in a very long time – I binged on 7-8 episodes of the show, until after midnight.

Going: to the movies – another rarity for me. I went to see A Man Called Ove. It’s a Swedish movie based on the book by Fredrik Backman; and only cried a little. I hadn’t read the book but reviewed another of Backman’s (Britt-Marie Was Here) last year. I’m also keen to see Wonder Woman as I’m hearing such great things about it.

Any other must-watch TV shows or movies I should get to?

How do you feel about ginger mullets? Speaking of which, are mullets just an Australian thing, or does that hairstyle translate internationally I wonder?

PS. Don’t forget to check out my recent book reviews...