Last week I started working with the lovely Michaela of Five Frogs Coaching. Before our first coaching session she had me fill in some questionnaires – predominantly about values (which is also an area of particular interest to her).

My results weren’t particularly surprising in some areas (perfectionist tendencies, prone to avoidance rather than confrontation etc), however it was interesting that – in terms of ‘what makes me happy’ and what I rank as being of the greatest importance – I offer up two almost competing desires:

And that, dear readers is exactly why I’m working with Michaela.

In typical me style I started our recent skype session by blurting out some current frustrations: relating to the fact I’m still struggling with the need to make enough money to live comfortably; while recognising that the I made the distinct seachange decision to live a life which was more in line with who I ‘think’ I am/could be. A more ‘authentic life’ – in wanky words.

However… the challenge for me is that, while I’m almost completely happy in my new life, the main thing I worry about (as do many others I realise) is financial security. Yes, it all comes down to money.

In reality, leaving my previous life and making the seachange was the second time I sacrificed financial security on a quest for purpose and contentment. (This may surprise many people who’ve known me after that time or met me later, as I suspect I come across as risk-averse and ridiculously responsible!)

In 1995 I left the workforce (sold my car, cashed in what superannuation I could) and became a volunteer overseas.

“Life has to be about more than material possessions,” I thought at the time. 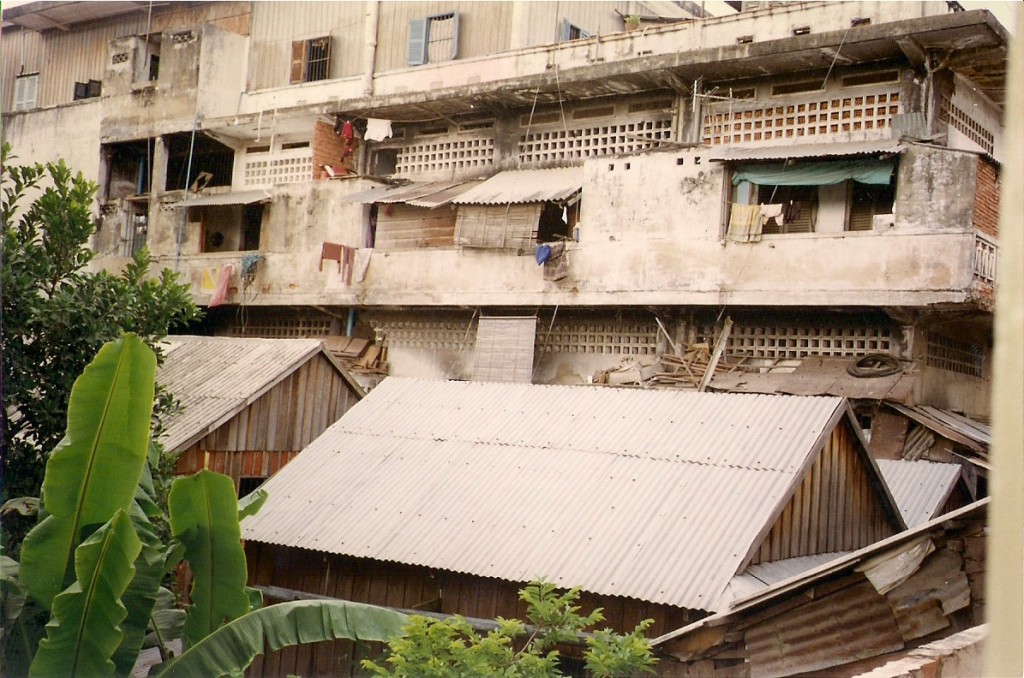 In Phnom Penh – my neighbours.

Of course three years later when I’d moved from Mozambique to Cambodia and there was gunfire in neighbouring streets and rockets going off my first thought was… “I’m not paid enough for this shit!”

And sadly, travelling back to Cambodia with the Australian Government, a subsequent diplomatic posting and work as a project manager in developing countries, made me realise that (despite these earlier experiences) I remained far less evolved and more shallow than I’d have preferred. Life was just SO much easier with money and ‘authority’ behind you.

Fast forward 10-12 years and I took a redundancy and made my seachange. My reasons were fairly unremarkable. I’d recently realised / discovered I wasn’t going to have a family. My father had passed away and three colleagues / friends (my own age) were suffering life-threatening illnesses.

Again I thought, “There has to be more to life than this.”

I’d had some horrendous experiences in government, though was quite contented with the job I was in at the time. However, I realised the future I’d expected was not to be and the life I was then living may have been ‘it’ forever. (However long that might be in my case.)

Quite frankly I was almost in my mid 40s and tired of waiting for my real life to start.

Two months after I finished work I’d sold my city apartment and bought one on the beach. I’d downsized and was ready to live a more authentic life. I was debt-free and decided I only wanted to earn enough to live on – while not having to watch my pennies TOO carefully.

Almost 18mths later I continue to tell people that it was the best decision I’ve ever made. And that’s true. I didn’t say it in the post last week, but… IF the rest of my life was like this: it’d mostly be okay.

That was actually a huge revelation for me. Sure a relationship would be nice, losing weight and being healthier would be nice, but…. if THIS is my lot in life, then that’s okay.

And the only blight on my lovely world is that I feel so passionately about two extremes: the dichotomy of freedom vs financial security. And this is where my challenge lies. 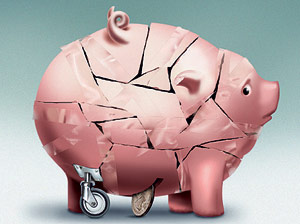 Will I ever find a happy medium? Does anyone?

Part of me wonders if I’m just being self-indulgent…. but I’ve already made some big sacrifices to live the life I want to live. If I can pay my bills (including my excessive oft-complained-about body corporate fees) and have enough left over for food, wine and the occasional treat; then surely that’s enough.

Does it matter if I can’t ever afford a new car or overseas holiday? Surely day-to-day happiness and contentment is more important?

Opposing desires are nothing new. Many of us love food but need to eat less of it. Or we hate exercising but really should. Do you have habits or life goals which are at war?

I’m joining again with Jess and her IBOT link-up today.