I’ve not slept well recently so trying a few new things in an attempt to doze off in some sort of relaxed state. As opposed to lying there for hours getting stressed and anxious while pondering world peace and body corporate issues.

One of the things I tried was a podcast… something I’ve never really considered before; and I decided to break my podcast cherry on Elizabeth Gilbert’s final ‘Magic Lessons’ interview (conducted in support of her recent book, Big Magic) with the wonderful Brene Brown.

The interviews (and the book) are centred around creativity but Liz and Brene talk a lot about failure and how it can prevent us from pursuing more creative lives. 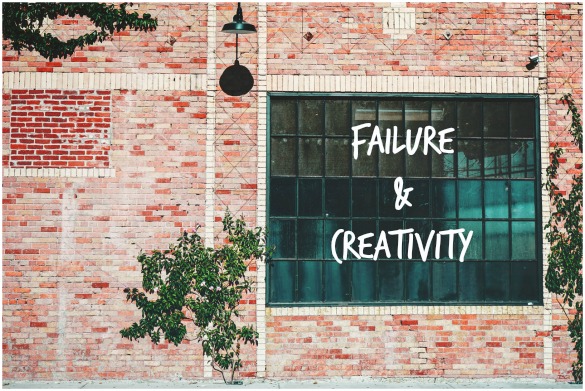 I loved the podcast so much I’ve listened to it twice. So far. And this is what I’ve learned about failure:

1. The thing we’re most afraid of has probably already happened
They share stories of people whose creativity has been stifled as a result of criticism or failure during their childhood and suggest that whatever we’re most fearful of… has probably already happened – and is (perversely) responsible for that fear. They give an example of a boy whose father talked about drawing being something for pansies. Despite his love of art, the boy never drew again until he was a middle aged man. As they said – no one could possibly hurt this man (by commenting on / criticising his drawing) more than his own father already had.

2. Rather than ask… ‘If you knew you could not fail, what would you do?’  Ask ‘What’s worth doing even if you fail?’
Liz talks about someone she met who felt so empowered by Liz’s life and so inspired by her teachings that she took that leap. They left a job, mortgaged the house and followed their passion. And failed. They felt they’d been let down. 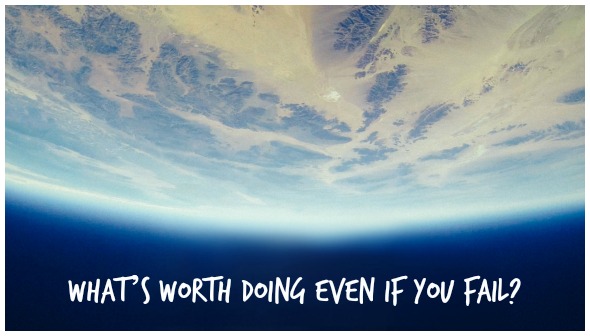 Brene talked about ‘failing’ several times before succeeding and both agreed it’s not uncommon and many of those we perceive to be successful, first failed. But sometimes, they suggest… the price of NOT trying is worse than the price of failure. Aussie-born, UK-based Clive James is quoted, saying ‘failure has a function’. It tests our resolve. It asks if we really want ‘it’ enough.

3. Practice self-forgiveness not self-discipline
And what happens if we fail? Or if we don’t succeed? We often become angry at ourselves, believing we’re lacking the self-discipline to keep going. They suggest the reason we quit, or stop is because of shame. We’re embarrassed. And the antidote (or the opposite) to shame is – of course – empathy.

She reminds us to talk to ourselves as if we were talking to someone else. Would we really tell them they sucked #bigtime and deserved to fail? Nope… we’d congratulate them on trying and tell them to brush themselves off and to get back on that bloody horse. Or bike. #whatevs

These make sense to me. As a lover of logic I ‘get’ this stuff. Indeed, I felt heartened by their dismissal of ‘failure’. Rather than seeing it as ‘the end’, perhaps it’s just the beginning.

Of course… whether this sinks into my own subconscious is another thing entirely!

Does this all make sense to you?