Two weeks before my father passed away his doctor took us aside to render his verdict. And to give us some options. Dad had been in hospital for nearly a month by then. Initially for something, then something else. It really all boiled down to the sudden discovery his body was riddled with cancer – exacerbated by drugs he was taking following his heart transplant almost 11 years earlier.

He moved into palliative care. We knew what was coming but didn’t know when. Fortunately he was unaware of what was happening and contented to be told he was in hospital. He asked few questions.

And although he didn’t wake for the last six days of his life we continued to talk to him during this time and included him and his sleeping mind in our conversations.

For reasons unknown I was particularly disturbed by the ‘D’ word and wouldn’t let anyone use it around him.

I even struggled with it after; when the future tense became the present tense and then the past tense. I couldn’t use it.

For a very long time.

Even now I still mostly talk about him ‘passing away’ but I thought I was over my dread of the ‘D’ word.

Look, there I said it. Or at least I wrote it.

Never fear… I’m not in denial. There are no clothed skeletal remains on a rocking chair in my attic.

As it happens he’s been gone three years. Today.

I now remember he’s not here. I’ve stopped thinking of things I need to tell him. I’ve accepted I won’t see him again; that I won’t hear his voice or feel his touch.

And yet… yesterday I was explaining to a colleague that it was the anniversary of dad’s passing and I used the D word and it upset me. More than I expected.

I think it’s because the D word seems so final. And I don’t believe that’s the case. He’s not here, but he’s still with us. Always in our hearts and minds. 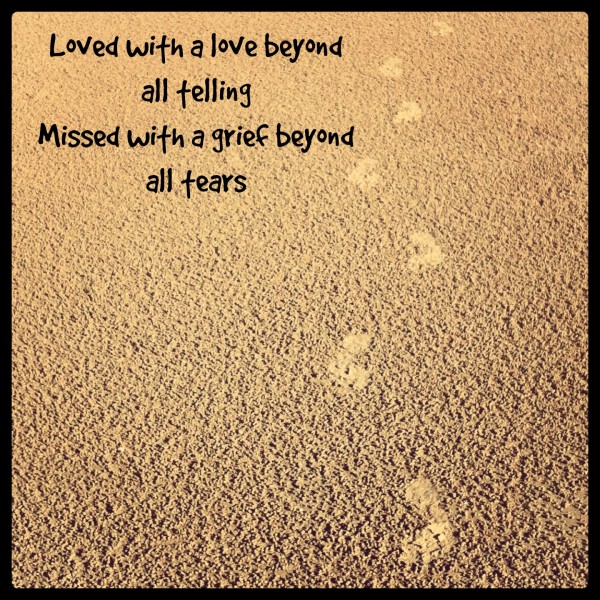 How are you with the D word?
Did you think I meant Dieting?

Linking up With Some Grace.