I often talk here about my navel-gazing. My pondering. My prevaricating. So obviously I ‘think’ a lot. I’m certainly an overthinker which I think can be a good and bad thing.

But as I live alone (and have done so for 30+yrs) I only notice how much I do it when I’m around others for extended periods of time. Which is the case at the moment.

So it’s timely I’ve been (over)thinking about my (over)thinking as today I came across an article by Courtney Carver on Be More With Less, a page I follow on Facebook linking to articles I quite enjoy.

Courtney talks about purposefully doing nothing as a way of slowing down and being less achievement-focussed, so that what she does pursue is more sustainable.

She comments that ‘doing nothing’ looks different for everyone. For many it’s reading or having a bath or staring into space.

Using that definition I do nothing a lot. But for me (as Courtney suggests) ‘doing nothing’ looks different. If I’m reading or watching television I feel like I’m doing ‘something’. I realise of course that for parents and busy people taking time to do those things in the evening means taking time for themselves and they don’t often get that chance. For some it begs the question of self-care vs self-indulgence. 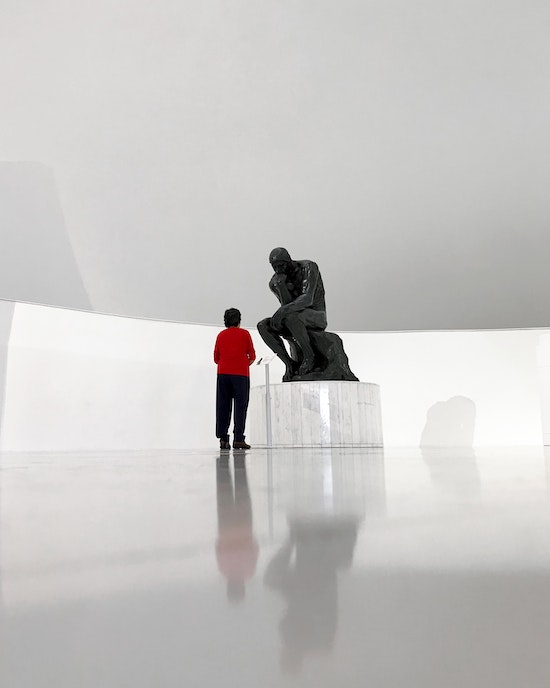 Photo by Erik Aquino on Unsplash

I’m currently staying with my brother, sister-in-law and niece as my mother’s had a triple bypass. (She’s doing very well post surgery by the way.)

I sat on their verandah yesterday for a long time just staring out into the world thinking about stuff. Stuff in general.

Later I was lying on my bed. Not sleeping, just thinking. And it occurred to me I spent much of the day there. Just thinking.

I’m fairly certain some of the thinking was simply procrastinating instead of doing things I should have been doing, but it also felt weirdly productive.

Of course I also realise spending too much time thinking isn’t necessarily a good thing. And I’ve written before about overthinking and the navel gazing spiral of doom. So I wonder at what point does contemplation or doing ‘nothing on purpose’ become unhealthy. Or does that vary from person to person?