If I talked about detoxing and this post appeared in my diet blog you’d know I was thinking about quitting sugar. Or carbs. Or alcohol. Or all three (though the alcohol may be a subset of the others… hmmm. Ouch, my head hurts!).

Anyhoo, it’s not about my eating or drinking habits, rather I’ve just had a bit of a detox from online stuff. 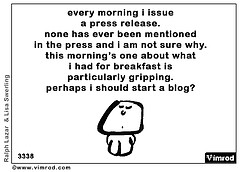 I didn’t avoid my computer completely over the past 4-5 days as I need to monitor my emails for… well, most definitely for important stuff. Plus I’m looking or a job, so seek.com is my friend.

As it happens I predominately avoided social media (Twitter and Facebook in my case) and refrained from doing any blogging during that time*.

It should have been easy – and it eventually was. Well, except that I cheated. Quite a lot.

I shut down my Twitter application on my desktop computer, so that was fine; but did allow myself the occasional check on my iPod (replacing my recently-drowned and dearly-departed iPhone).

In all honesty I monitored the Twitter feed as I watched a somewhat tedious awards show (The Logies) on Oz TV on Sunday night. Again, I wasn’t allowed to tweet, but chucked at others’ instead. (And was able to go to bed early when a national newspaper leaked the BIG WINNER – the Gold Logie – online!).

As Facebook is my desktop computer’s home page I also monitored the happenings of others, but wasn’t allowed to ‘share’ myself. 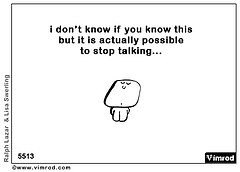 It was a strange sensation… not sharing. (I can hear my brother scoff from 400km away!)

Initially I constantly reached for my phone / iPod or mouse… eager to tell the world that I was about to have a bath, or read a book, or exercise. I longed to share some amazing insight or offer some glimpse into the workings of my mind. But couldn’t.

Naturally I got to the point when I swallowed ashamedly at the inanity of some of the crap I tweet or post. Gulp. Who really gives a fuck if I’m about to read a novel? Or if I’ve slept in? Or if I’m sick? 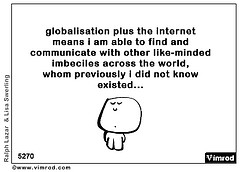 In reality I know that no one actually cares or needs to know this stuff, but I suspect some of it is a result of living alone. I share my thoughts or actions online instead of telling the person next to me that I need a nanna nap within one hour of waking. It also occurs to me I use social media as my own little confessional booth. No hail marys come my way but I usually have someone tweeting in agreement or ‘liking’ in understanding.

I know to some I might be constantly online but it’s really more hit and miss for me. I’ve talked before about binge-tweeting. I log on and look at stuff and then get off. In fact, I often go offline most evenings to enjoy a far more intellectual evening in front of the TV. (And no that is not sarcasm Sheldon!**)

I eventually got used to not  sharing, but did miss the online engagement. I realise social media is predominantly how I communicate with some friends – in lieu of telephoning, emailing or SMSing.

Today I declared my detox over, for the same reason I started it. Which is: just cos…

So while I will continue to engage with others, and perhaps try to do more of it online; I will, however, try to share less of the pointless and fewer self-indulgent confessions.

Are you addicted to social media? Have you tried detoxing?

*   Blogging detox was undertaken in the hope I’d write something else. #fail
** Apologies if you’re not a Big Bang Theory fan and don’t get the reference.
(Although who ARE you and why are you reading my blog?!)

PS. Linking up with Jess and IBOT today!