I don’t always remember my dreams. Usually snippets. I have a few recurring dreams as well as others that quite obviously – in some way – reflect stuff happening in my life. Thursday afternoon I had one that was surreal. I mean, it felt real and it filled me with confusion and hope.

For context… my brother is talking about coming for an overnight visit soon – to see my mum but he’ll also get to see the minor kitchen reno she had done.

I was driving to my mum’s hometown. As often happens in my dreams I’m waylaid in some way… problems on roads, roadworks, wrong turns and so forth. I’d wanted to be there before my brother arrived to see his reaction to my mother’s new kitchen but eventually made it at the same time he arrived.

I went into the kitchen just before my brother. And my father was there.

Which was both the best thing ever and confusing because my father died eight years ago. In the kitchen he was younger. Ageless in some ways.

I didn’t know what to say. 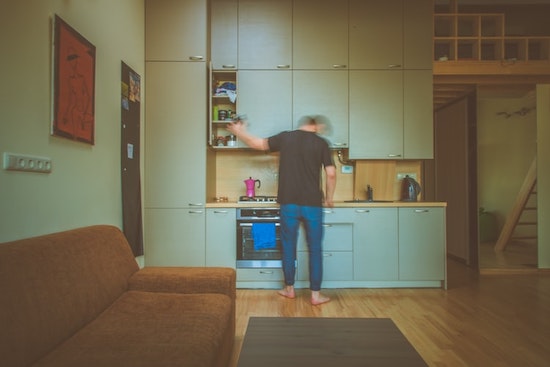 He greeted me as if nothing was wrong. As if he’d returned from a few days away. He was admiring the kitchen. He was at the sink, which was nothing new as he always did the dishes and was kinda obsessive about it – usually starting while others were still eating.

My brother appeared. I floundered. I didn’t know what to say. Dad was dead. How could he be here? Was I imagining it? My brother certainly saw him, but didn’t react. How could this be?

My mother arrived home and if she was surprised to see dad she didn’t show it. I wondered if I’d imagined his death. Was that a dream? Or nightmare? Was he a ghost. I did not understand how this could be happening.

But I daren’t say anything as I didn’t want to hurt him. I’d grown up in an environment where my dad was kinda moody. A bit emotionally fragile. It was an unwritten rule that we (well certainly I) protected him and his feelings.

Eventually my mother and brother were sidetracked. I sidled up to dad. “Where have you been?” I asked.

He paused. Looked at me. “You know, I don’t know.” He said. “I just can’t remember.” And I was reminded of trying to talk to him in the earlier days of his dementia. Before he forgot that he forgot stuff. At a time where he was conscious that he couldn’t remember what he’d been doing minutes or hours before. At a time when it still frustrated him and made him feel as if he wasn’t in control, and suffered a sense of disempowerment.

I just nodded. He was back. Surely that was all that mattered.

I don’t remember much of the rest of the dream. Eventually I spoke to my mother. Explained my confusion.

She nodded as if it wasn’t at all strange.

Yes, of course he was dead, she said. But he didn’t know that, she said. So don’t tell him.

And that’s all I remember.