It’s eight years this week since I left my former life in my state’s capital and made my seachange. I still think it’s the best thing I’ve done but—as I’ve mentioned before—I probably didn’t realise how hard it was going to be to find employment here.

Without a doubt it’s been the main issue and I’ve only worked full-time for one year during that time, part time / contract for two to three years.

It’s a bit of a jolt to one’s self-esteem to feel unemployable, despite having a pretty decent CV.

I try to remind myself I have free-time. Which working-me wanted desperately. Of course I have minimal money with which to do things, but I feel I should be happier than I am. I realise some of this melancholy I’ve felt over recent years has been stress, anxiety and depression – relating to my worry about money and my lack of work, loss of confidence and diminished sense of self, and of purpose. 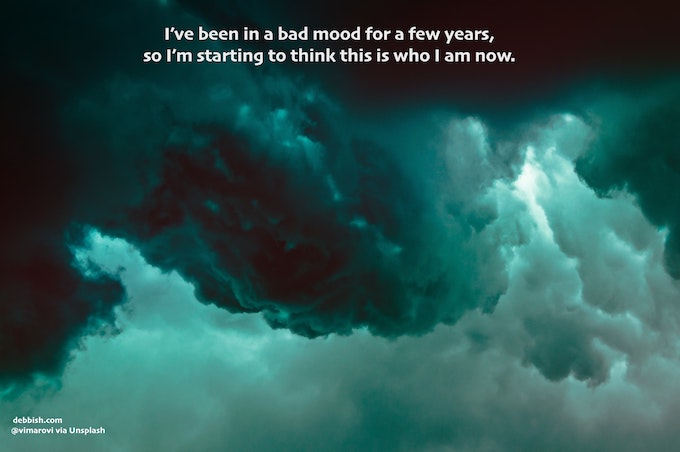 At the same time I put up with far less shit than I did years ago. I almost took a part-time job late last year but after two or three weeks realised it was fraught with (ummm) complications. And the fact I’d done many hours work and they refused to pay for the work I’d done made me realise I made the right decision.

I may still not know what I want from life, but I’m much better at knowing what I don’t want. Knowing what doesn’t serve me. I am conscious though that we all have to do things we don’t want from time to time; the sad by-product of being a non-sociopathic member of the human race.

This popped up on my Facebook feed the other day via Rebranding Middle Age and I’ve seen many variations on it. It’s about the fact we take less shit as we get older. 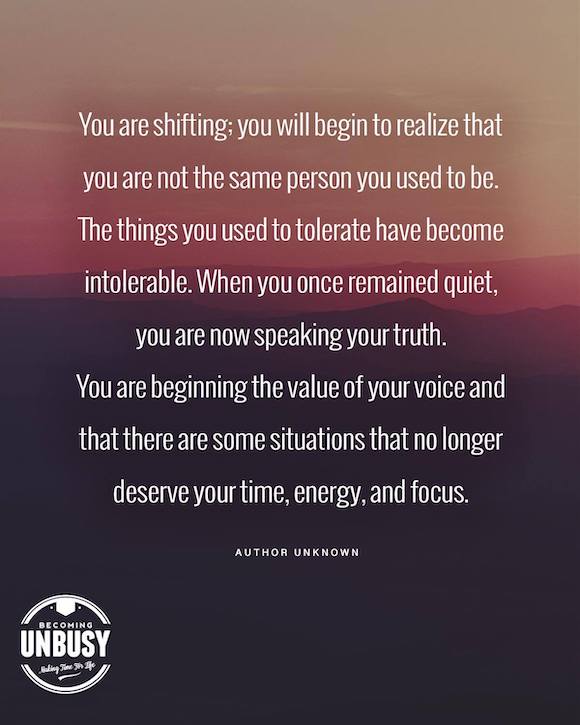 I like the idea of becoming more empowered. I mean, ageing has to be good for something, right? However… I have to confess it also means I’m becoming less tolerant in general. Full. Stop.

I was in Brisbane (our state’s capital) for specialists’ appointments and surgery a few weeks ago and stuck at one point in a busy and noisy waiting room. I’d been given medication (to lower my heartrate) and told to relax in the waiting room for an hour. The television was blaring with morning TV, people were everywhere and coming and going and I felt like I was going to explode and rant at someone. I didn’t but I was close.

Later that same day I got completely lost somewhere and felt stuck. I was tired and overwhelmed. Not the person I thought I’d become.

And just a week ago I went to watch my godson try a new sport. My friend was there chatting to someone else whose kids were yelling and fighting. Just being kids I realise but between that and the haphazard instructors again I felt overwhelmed. Like I just needed to escape the situation.

It occurred to me that I’ve become a cranky old woman. Or at least am heading that way.

I’ve lived an increasingly isolated life over recent years. I know I mentioned that Covid restrictions here in Queensland made little impact on me. I’ve lived alone for almost thirty years. I’m accustomed to taking responsibility for the stuff that goes wrong or right in my life.

But I’m wondering then if there’s a fine line…. between not taking any shit and being able to live the way you want (assuming you’re not hurting others on purpose of course)? Can you become someone so accustomed to living in their own bubble that almost any intrusion feels intolerable? I suspect I’m the extreme but I know others my age who talk about becoming less tolerant. Mostly I think it’s a good thing, until (I guess) it isn’t.

Do you think there is a fine line between tolerating less and becoming intolerant?