Last week I discovered a project I’m involved with will be delayed. It’s something to do with Communications’ equipment. Or similar.

The month delay means it is due to finish just days before I’m due to leave on my overseas holiday. You will recall the 4.5wk jaunt to England (for 1.5wks) then Italy for 2.5wks.

Naturally I started stressing about the irresponsibility of heading off at such a time, so… yesterday I finally decided I should do the grown-up thing and change my holiday plans.

My work contract is also up in early October so it seemed prudent to – not only delay my departure – but also cut back on my overall time overseas.

I’d tossed the idea around in my little mind for days.

What if this is the last overseas holiday I have? My one and only chance to get to England or the UK?

Italy’s long been a dream destination and I pulled the pin on a planned visit there back in 2000 (to spend 3wks at a health retreat here in Australia instead!)

I’ve already paid for my writing retreat and am VERY much looking forward to that.

Hence the decision to still go – of course – but rather than skimp time-wise, I’ve cut out the England ‘leg’ of the trip entirely.

It gives me over 2 extra weeks here to see the project to completion (I bloody hope) and almost a week either side of my writing retreat.

As soon as I made the decision it felt as if a weight had lifted from my shoulders. (Of course I’m in denial about the money it cost me to change flights and so forth!) Plus I’m doing ONE country instead of TWO for the same travel cost (or a bit more). It’s a reminder that – for us, coming from Australia – travel throughout Europe is the least of our expenses. Just getting across the ocean (or two?) is the killer. 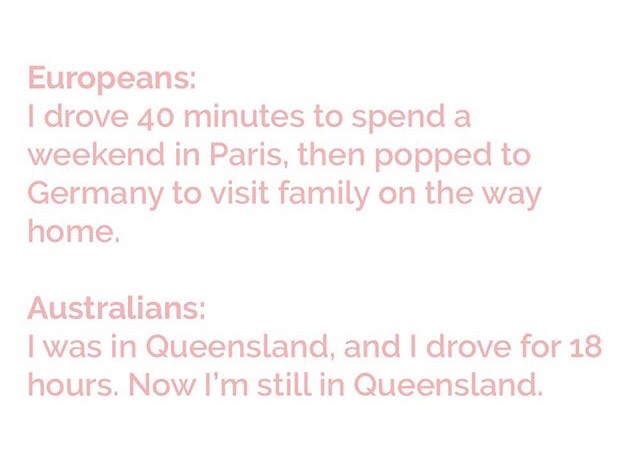 That aside, I now need to rethink my travels but am pretty much going to stick with my planned destinations in Italy: Rome (obvs); Cinque Terra; Venice; Sorrento; and Florence.

So, while I am slightly disappointed, I’ve still got a great trip to look forward to!

Have you had to cancel a planned holiday or change plans at the (almost) last minute?