I have a friend who has always argued that people are either cat-people or dog-people. Or neither. But never both.

I’ve always assumed they were full of shit, but have been pondering on that lately as I overheard a conversation between two people about the relative merits of cats vs dogs. They were the usual things… you can do stuff with dogs; cats are more affectionate etc etc.

I grew up with dogs. Throughout my childhood we had boxer dogs. After a hiccup with one, we brought home a puppy who I named Digby—after a movie I’d just seen called Digby, The Biggest Dog in the World. 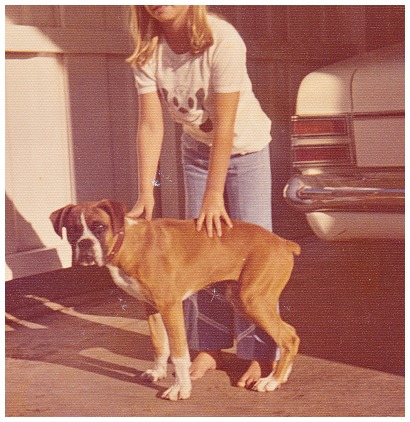 Our dogs were outside dogs and never allowed inside. To this day I struggle a bit with the smells and hair and dogginess of houses which are home to dogs.

Fast forward many years and my brother and sister-in-law got a cat. Like all childless couples in their mid-late 20s, James the cat was fussed-over and greatly adored. Even by me. He was such a tiny thing when he first arrived it was hard not to adore him, so by the time he was more cat-like I was pretty much accustomed to his need to lie on anything I was trying to read, or distract me from any task at hand.

And many years later, my brother, SIL and niece have two cats—who’ve I’ve cat-sat quite often.

As I’ve remained single I’ve pondered on the idea of a pet. Unfortunately I’ve lived in apartments so my options have been limited. But even so… I wonder now what I’d choose. Despite my dog-loving childhood, they no longer appeal. At all. Don’t get me wrong dog-lovers… I don’t dislike them, but… well… #meh.

So what about a cat? We’ve all read the magazine articles suggesting pets decrease our stress levels and help us live longer. Or something. Plus I’d have someone to talk to rather than sharing my every-thought on social media.

And then I think about kitty-litter (ugh!) and fur everywhere and I cringe. On top of that taking holidays would be problematic along with overnighters at my mother’s. Oh and there’s the whole ‘single woman and cats’ thing. See? So many reasons. 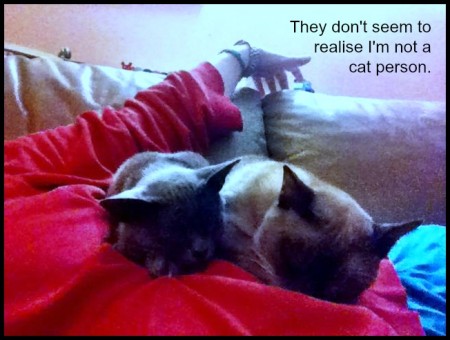 But the biggest reason at all is that I think I’d care too much. With no family of my own the bloody cat would become my life and I’d bore people stupid on Facebook with tales of its adorableness and hilarious exploits. I’d not sleep so as not to disturb it on my bed, and stress endlessly about its welfare.

So…. I’m thinking about a goldfish. Or a tamagotchi.

Any advice?
Where do you stand on the cat vs dog question? Can people be both?

I’m linking up with Jess for IBOT today.