Last weekend I had the pleasure of attending a local writers’ festival. It was a bit of a last minute thing as I only discovered it was on a week or so before, but this year Bundaberg WriteFest – usually held early in the year – was incorporated into that city’s October Crush Festival.

One of the authors in particular drew my attention, as I recently reviewed Rachael Johns’ latest book and have talked about her on the blog before. And one of the things I enjoyed about the Problogger Event I attended in September, was being around like-minded people… so figured I’d make the day-trip to nearby Bundaberg to join the fun.

The event included a couple of masterclasses, some workshops and some presentations as well as the chance for a one-on-one discussion with an editor from Harper Collins publishers.

I decided to skip the Masterclasses, attending a couple of workshops – including Rachael’s morning session about getting published:

From good to sold: 6 key elements for telling your story

Rachael offered up a number of pointers and I’m loath to divulge all of her secrets, but here’s a snapshot. Literally. 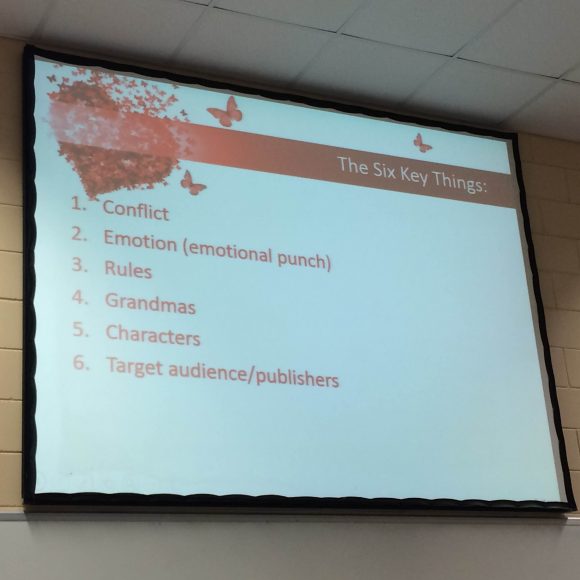 Most of these are self-explanatory…

And as for the grandmas… we shouldn’t worry about what they’re gonna think! 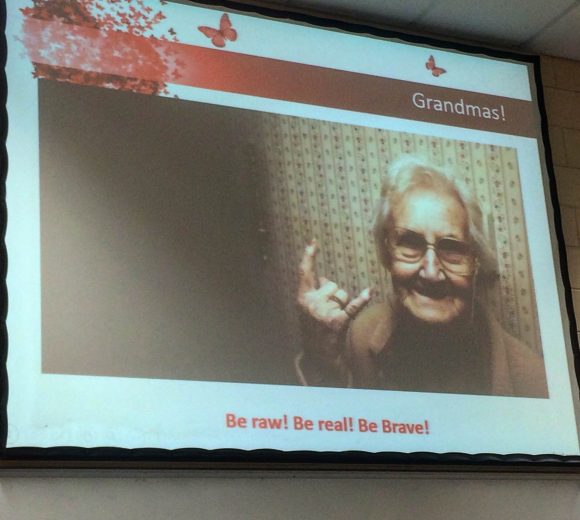 Very importantly, and something I guess I’ve never really considered before was the notion of the ‘reader promise’. In Romance: the girl gets the guy in the end; and in Suspense / Thrillers / Crime Fiction: the crime gets solved and baddies punished.

The Queensland Writers’ Centre Chief Executive Katie Woods was also in town and gave us an abbreviated version of one of their popular courses.

She reminded us of the many many different options for publishing, including self-publishing and indie publishers.

And like Rachael, Katie talked about ‘rules’ – recommending we stick to those set by publishers and agents – particularly when submitting manuscripts and the like.

Most importantly she reminded us.

Setting matters: Evoking setting without tripping up your detective

Angela Savage, Melbourne-based crime novelist, ran sessions on settings… which she described as ‘where we need (readers) to be – imaginatively’. 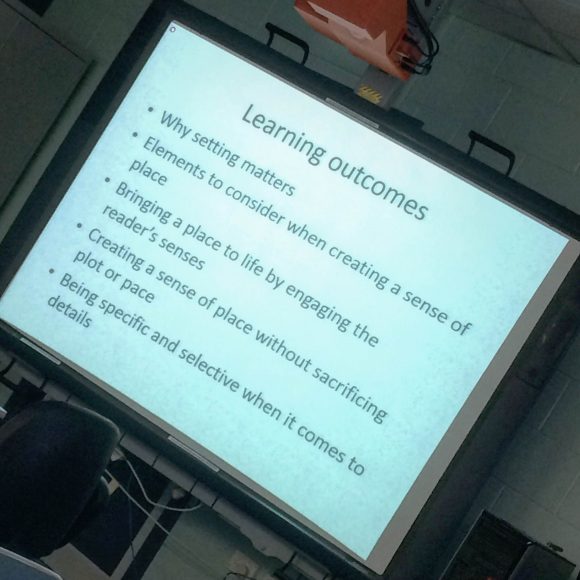 I knew this session was going to be a challenge because – in my minimal creative writing – it’s something I don’t do well. Indeed, I rarely even consider ‘where’ my characters are as I put them through their paces. I also have the bad habit of ‘skimming’ through settings as I read… looking for the next piece of dialogue or action.

I’ve had to do an exercise in a writing class before which involved describing settings and struggled.

The same thing happened this time around. Angela’s session was very interactive and she gave us tips and handouts and had us do exercises. It was a small group so we were all able to read our work aloud. And yet I refused and was the only person to do so.

I’ve been the same when I’ve done other courses. I’ll ask questions or provide input but I will not read stuff I’ve written.

I blog – obviously. I know people read the shite I write, but seeing them do it or having someone judge it is just not something I’m comfortable with. Indeed, that very day a book review I’d written for a newspaper chain (APN) was in the local Bundaberg Weekend newspaper insert. And yet…

I felt bad for being so precious but… I. Just. Couldn’t. Do. It.

Despite my lack of participation in the critiquing side of things I got a lot out of the session.

We talked about opening lines and Angela challenged us to orient a reader in time and place via an opening sentence or two. From that we talked about ‘how’ to develop a strong sense of time and place; and how the setting and our characters interact.

It’s something I seriously need to work on if I’m ever to finish one of the manuscripts I’ve started.

The day finished with a Q & A session. I guess I would have liked to ask each of the guests for a quick tip each but I was tired by then and a bit annoyed by a few inane questions. I suspect the guests felt the same way. 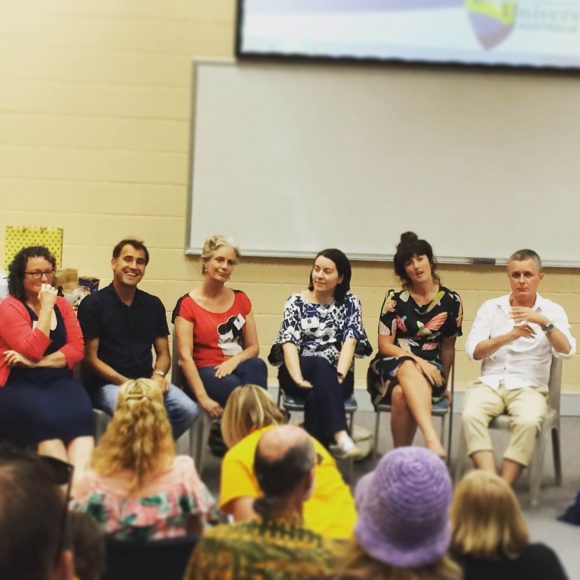 Overall it was a great day. I got to meet some nice people and chat with some writers who DO ‘finish’. Regularly.

Sadly I’d forgotten my program (and notebook and pen, but that’s a whole other story!) and the guests weren’t introduced so I wasn’t sure who was who but just being around people passionate about writing (and reading) meant the day was most certainly worth the drive.

Do you like ‘local’ writers’ festivals? Am I the only one who’s bizarrely self-conscious about sharing my ‘creative’ writing?

As it’s Friday I’m flogging my blog With Some Grace.