So, I don’t want to insult all of my christian/religious readers out there but I do need to let you know… I’m thinkin’ I could give Jesus a run for his money.

You see, I come from generations of peeps with a brown thumb, or two. Well, neither of my parents could grow stuff, so… #closeenough. 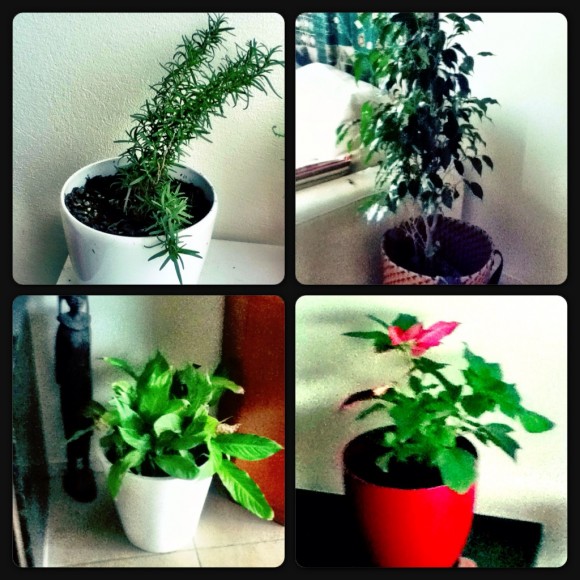 This time last year. Sadly only one of these is still with us today…

However, despite my brown thumb, I have recently done what the big J did. I’ve brought something back to life.

About a year ago a friend of my mother’s planted me some rosemary. For months I tended it lovingly – chopping off bits now and then to add some greenery to my diet and watering it with some regularity. It was very healthy and luscious.

And then it was brown. And kinda dead. I don’t know why. Diabolical forces at play no doubt. (Bloody competitive sabotaging chives.) 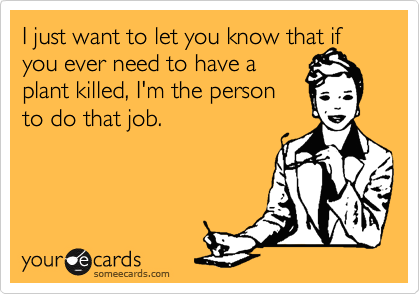 It seemed sudden, but as I rarely go out on my verandah in winter (except at night on occasions when I remember I need to water my plants) it could have been months in the making. But… it came as a shock. Nevertheless I kept watering it in the hope it came back to life. (Like Norman Bates and his mother. But less creepy!)

Then one day, I stuck a stick of fresh rosemary in with the dead stuff – assuming it would be traumatised by its predecessor and expecting little. As it’s still winter and I haven’t ‘looked’ at my plants in daylight for a while I just assumed it went the way of its ancestors however… I ventured out onto my verandah in daylight the other day and… ta da! It’s grown. Brought back to life. Sort of. Or a bit like mad scientists growing a spare body part on someone’s torso. But different. And also less creepy.

It motivated me (5mths after its death) to pull out the dead brown rosemary and let the green stuff have the whole pot to itself. 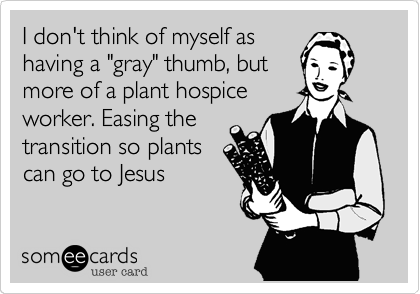 Never heard of a grey/gray thumb.

It’s an August miracle I tell you. Of course just as I discovered the rosemary resurrection, the original rosemary donor finally got around to giving me some more so this time I can double my chances of success.

Are you green-fingered? Or perhaps a loud and proud killer of plants.

PS. Apologies to the religious peeps (like my mum) who may be offended that I’m comparing my miracle to those of Jesus. Purportedly. #hisnotmine 😉