My old life in Brisbane involved daily commutes into the city where I was just one misfit in a sea of suits, briefcases, backpacks and heels. I’ve written before about a very visceral reaction I had when reminded of my old life a year or so ago. Seeing someone dressed for ‘work’ with their briefcase awaiting a bus almost made me feel ill. 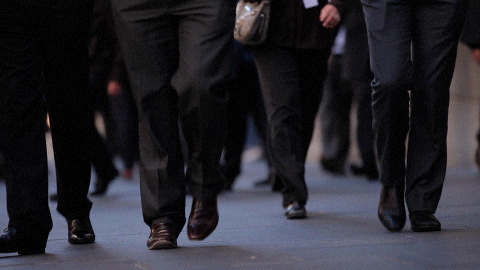 I had the same reaction yesterday. Sort of.

As it happened, I was surprised to discover my old life seemed both: so recent I could taste it; but at the same time, almost completely foreign.

I flew into Sydney yesterday afternoon. Not quite the culture shock you’d get coming from a tiny regional town to the city, but enough to result in this post (and the shelving of my planned post).

Flying into Sydney over the harbour was a bit surreal. I live opposite the ocean. Less than 100m from the sea. I look at the vast blue water daily. Hourly or more when I’m home. So it was strange to see the water off Sydney littered (though not in a bad way!) by large container ships. A reminder that I wasn’t in Hervey Bay with its fishing kayakers and runabout ‘tinnies’ anymore.

I walked slowly through the airport terminal – trying to again become familiar with wearing shoes (Doc Martens in this case) given that I usually live in rubber thongs (which I can also wear to work as we rarely have visitors – plus we’re a web development company. Anyone popping-in should be grateful we’re wearing shoes!). 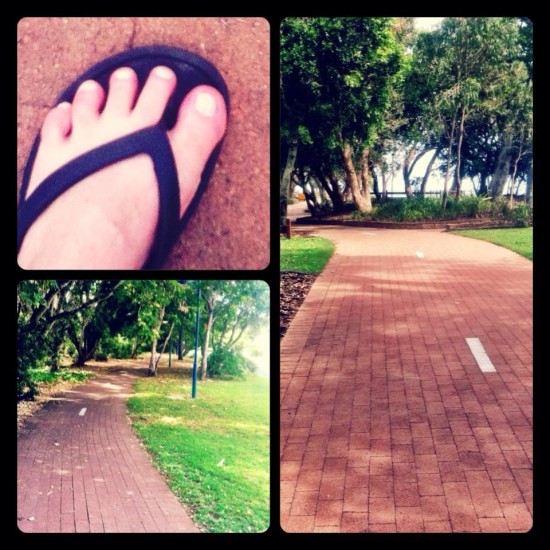 My footwear of choice (Nowadays!)

I was immediately struck by the swarm of business-travelling suit-wearers. And beautiful people. Three stunning young women (beautifully made-up) strolled past on pinpoint stilettos. Hmph! “Models,” I thought. Not something you see in Hervey Bay.

After arriving at the hotel I popped out on a vanilla diet coke mission. Although not in the inner city, the streets were buzzing with peeps meeting in cafés: handsome men and well dressed women looking tired but confident, and all still with a few hours left in their working day.

And then there were a few lucky ones (who may have been early starters!) leaving the office with their backpacks over their shoulder – starting on the long trek home, or perhaps heading to the gym. 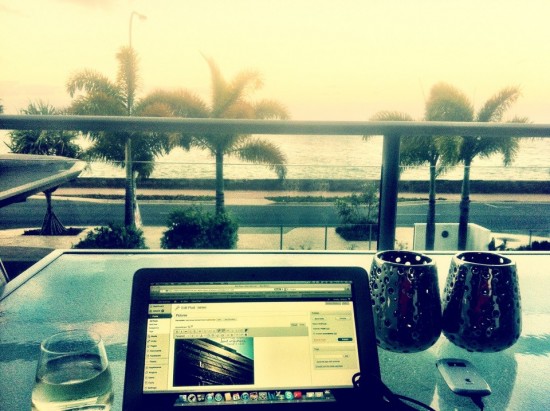 Like I said, it was strange – so familiar and yet… so foreign. How can that be, I wonder?

Have you ever returned to a previous life or looked back on old experiences?
Do you (too) wish you could wear thongs to work? (The shoes, not the knickers!)

I’m IBOTting with Jess and the gang as usual today.