My father has had heart problems for as long as I can remember. I vaguely recall his hurried trips to Brisbane from regional Queensland when I was a youngster. Not to mention the regular check ups which, to my mind, always seemed tokenistic and the rotating array of interns, fairly disinterested.

He was an unlikely candidate for early-onset heart problems as a non-smoker and non-drinker. As a child and young man, he was an athlete – reportedly excelling at most sports he played, before settling into rugby league. And in those days he was as close to ‘professional’ as you could get.

So, he was a fit and healthy bugger. But, his heart wasn’t. For most of my life I had known that – at some point – my dad would need surgery to make it all better. The doctors just needed to wait until it was bad enough to do something about it. I was overseas in 1996 when they finally discovered that the problem was worse than they initially thought. The wall of the pumping chamber of his heart was damaged. It seemed that the rheumatic fever he had as a child was more brutal than anyone realized and it meant that the valve replacement they had always planned wouldn’t make any difference. Then came the news patients and their families dread… The only option available to him was a heart transplant.

Devastating as the news was for my family, we took solace in the fact that we still had time. He was only 57 years old and still quite healthy. The life or death wait for an organ donor and transplant surgery seemed a long way off.

His only grandchild was born later that same year. Always good with kids he was a devoted grandfather and ‘Tinkers’ seemed to revel in the attention. But as 60 approached his health worsened. I was overseas (again) and insulated from the stress when his pacemaker failed and he had a cardiac arrest. He was in hospital at the time and easily resuscitated, but my mother was jarred. But defibrillator installed he was again sent home. To wait. Not for a donor, but to be sick enough to even make it onto the waiting list.

Only months later, in December 2000, he was again admitted to intensive care. My mother’s correspondence had become filled with increasing stories of his deterioration. A man, who had very recently played an excellent game of tennis now had difficulties walking around the yard. Worse still, there were comments from others. My once-upbeat mother sounded worried. I was wracked with guilt at being so far away – with my father so ill and my mother obviously needing support. 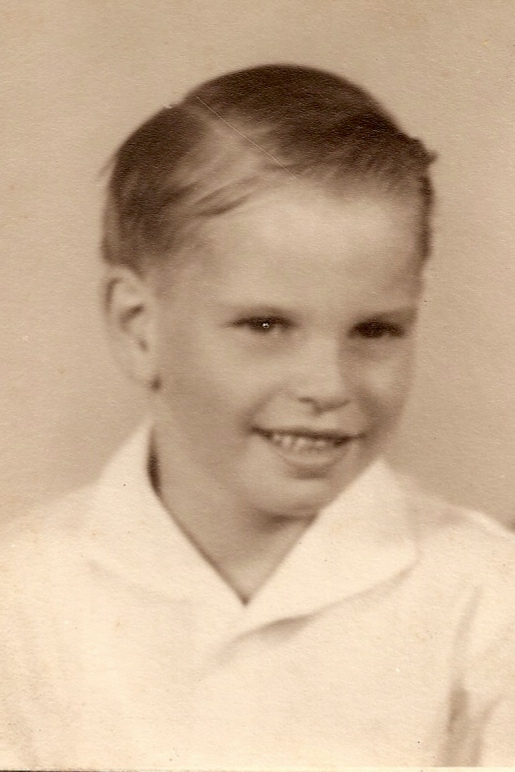 After being in hospital for a week and undergoing a barrage of tests there was little else the doctors could do to improve his condition. My father was officially added to the organ donor register. It was Saturday. The transplant team delivered a sad message for others, but a good one for us: that it was a time of year when more lives are lost and more donations (inadvertently) made.

I arrived home from overseas late the following day and was surprised to see my recently-active and healthy 61 year old father looking old. He had always looked so young for his age. That night, on Sunday the 10th of December, my father called from hospital to say he had been told they had a donor heart for him.

We raced up to the hospital. It was 9pm. The next 12 hours were surreal. Though the donor heart was a match, we would not know until about 3am if it was undamaged. My mother and I waited overnight with my father as he was prepared for surgery. It was an emotional night, but what I remember most now, was how resolute he was that he HAD to have the transplant. He didn’t seem to consider the alternative. His only fear was that the transfer wouldn’t take place. Never once did he speak of possible repercussions of having the surgery – death – either during the operation or shortly after. So then, it was only joy that greeted the witching-hour news that the heart was good and the operation would go ahead.

We walked him to the theatre at 5am before leaving him in the hands of green robe-clad surgeons. As the rest of the world awoke, we started making calls to tell friends and relatives. And then waited.

Four hours later dad was out of surgery. He woke later that day. There were a few early hiccups, but these related more to the enormity of what had happened and the emotional rollercoaster that accompanied it. The concoction of drugs he is on prevents his own body rejecting the interloping heart. As yet it hasn’t.

He was as good as new. Still is. Almost. My father used to be larger than life. He loved, played, worked, stressed and obsessed with passion. Whether it was battling illness for years before the surgery, the surgery itself, or the concept of living on borrowed time, he is changed. He isn’t the same. I suspect that there are some emotional scars that could only be understood whose heart was stopped, removed and replaced by a stranger’s. His confidence has diminished. He often talks about feeling unworthy. Undeserving. But I think, ‘If not him, then who?’ But despite this, there are still glimpses of the old dad and we treasure them.

Nine years have passed since the stranger’s death. My father has seen his only grandchild grow from a toddler to a beautiful teenager. He has (to date) had nine extra years to wander this earth, spending time with his family and friends. And those of us who love him (and there are many) have been blessed to have him for almost a decade more (so far) than we otherwise might…

The night before the operation, as we stalked the corridors of the hospital, another family was echoing our actions. A 21yr old man was to receive the lungs from the same donor. His wife and parents were there. At the hospital. My mother and father saw them often during regular transplant checkups. Never responding as well as dad, the young man died one year after the transplant. I often wondered if his parents resented the fact that my then 62 year old father was still going strong. But, they did get an extra year with their son and in a lifetime of 22 years, 12 months is a hell of a long time.