Let’s take a moment to talk about sharks.

Firstly… you should know, I hate them. Like REALLY REALLY hate them. Indeed… I’m shark phobic and I’m almost too scared to admit that cos I’m sure I once read a novel where the psychopathic killer taunted his victims with things they most feared.

I’ve talked about it before but I’m not sure when the HUGE dislike began. I read the book Jaws at a very young age. We used to holiday on Fraser Island with my relations – where I happily swam in the ocean and so forth until one day I recall finding the novel Jaws amidst my step-grandmother’s Mills & Boons and so I read it #asyoudo. I suspect I was WAY TOO young to read such fodder for I spent the entire barge trip back to the mainland watching the ocean in dread… for some super-scary creature to arise from the waters and engulf the barge and its dozen vehicles whole.

I’m sharing this because I’ve been struggling with something.

I consider myself a fairly evolved sort of human being. I don’t get racism, sexism, or homophobes. I couldn’t care what religion anyone is, or if they have none at all. And I have no problem in admitting… I’m pro-choice when it comes to people’s lives and their bodies.

That’s not to say I don’t occasionally pick myself up having COMPLETELY unjustified thoughts. I do. I’m prepared to admit it. But I’ve been a foreigner in another country doing all the things people complain about foreigners here doing. Indeed, I’ve never been more Australian and patriotic than when I lived overseas. I clung to any reminders of home (even other English speakers) like they were my lifeline.

So it seems I’m not perfect (yes, I know… you’re aghast!). And it gets worse…  because I’m even less politically correct when it comes to the West Australian shark cull. 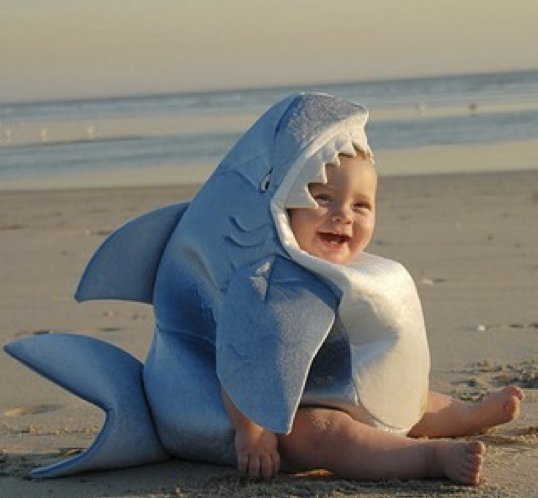 Logically I know it’s wrong to kill creatures who haven’t ‘necessarily’ harmed us. And even if they had (I’m anti capital punishment) the ‘eye for an eye’ justification doesn’t sit well with me.

I see pics of dolphins being slaughtered and the whaling industry, or hunters in Africa posing proudly next to elephant carcasses and I’m horrified.

However…. ummm… Mostly when it comes to sharks I’m like… ‘Kill the fuckers!’

I know, I know… it’s wrong and I’m sorry. Kinda. I know that shark-related deaths are rare. But, it’s just that they’re so revolting and scary. Like snakes. I can’t even listen to the Jaws music without freaking out. Movies like Jaws x 3,  Deep Blue Sea and Open Water have scarred me for life and have a lot to answer for.

Perhaps if there were movies about killer elephants or killer kittens I’d be just as prejudiced against them. But… in the meantime, I just have to admit that I won’t be sharing people’s outrage when it comes to sharks. I know I should, but I just can’t. Sorry.

Do you sometimes feel strongly (or not) about something even if you know you should or shouldn’t?

PS. I’m so shark phobic I couldn’t even look through images of real sharks to find a pic for this post!