I was having a conversation with a friend on the weekend and she said she’d been trying to explain to her 7yr old son, the concept of ‘looking stuff up’ or ‘research’ before the internet (and before google). She was planning, she said, to buy a hard-copy dictionary so he could learn how to use one.

We were reminiscing about our own childhoods and the encyclopedia we soooo relied on for homework and the like.

Her family were fans of the Encyclopedia Britannica. Mine, bizarrely had several. We were far from wealthy but my parents obviously valued our education and we had a few options growing up, from Funk & Wagnells (and yes, you can imagine how much fun we had with those), some purple science type ones (that my older brother will probably remember better than me) and the 1970-80s pièce de résistance: World Book encyclopedia.

Of course now we couldn’t even imagine the concept of ‘static’ information. In our ever-changing world hard copies of ANYTHING representing contemporary thinking or current research would be redundant before the books were even printed and disseminated. I mean, even Wikipedia can’t keep up with world happenings. (And yes, I know one can’t rely on Wikipedia!)

However… I’m reminded that the process of research was far different (back when I was a boy 😉: the excitement when you found what you were looking for. Having to read it and take notes. Of course none of us had photocopiers at home so we couldn’t just ‘copy’ the pictures if any were provided. It was a whole different world.

But (as it happens) MY favourite reference books growing up weren’t encyclopedia. Well, I don’t think they were. My parents must have bought them when my brother and I were very young because they had always been a part of our lives. 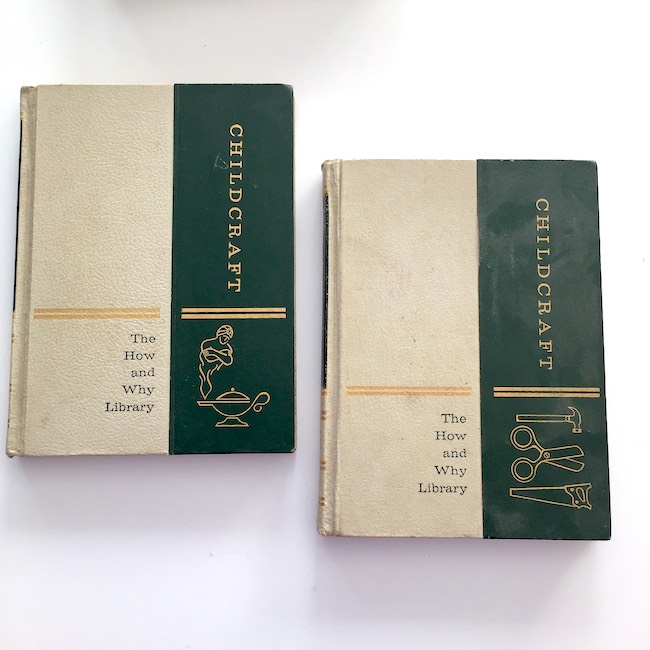 Childcraft – The How and Why Library was printed by the publishers of World Book. The first version was introduced in the 1930s, with another in the 50s and another in 1973. Interestingly our version is printed in the mid 60s so doesn’t quite match up with the listing below. I don’t really remember what was in most but I had two clear favourites.

My brother had taken the set when he had his daughter and was recently ditching them. I didn’t remember the ‘numbers’ but could describe the two I wanted to keep.

Number 2: Stories and Fables and; Number 9 in our version: Make and Do.

I was a bit of an Enid Blyton addict as a child so am fairly sure the only place I learned about fables (as opposed to fairytales), was from volume two of the Childcraft library. 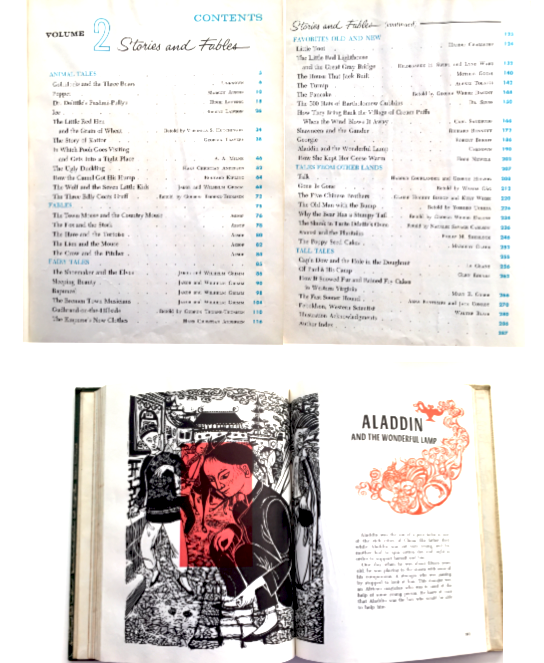 And… my childhood bestie (and neighbour) and I attempted MANY of the suggestions in the ‘make and do’ volume. I wasn’t particularly creative as a kid and my brother remembers making animals out of soap and I remember him making a castle with a drawbridge etc but my neighbour and I tried the intercom – meant to go from her window to mine across the dividing fence (#spoileralert: it didn’t work) and the lemonade stand (another failure as we lived in a cul-de-sac with no through traffic). 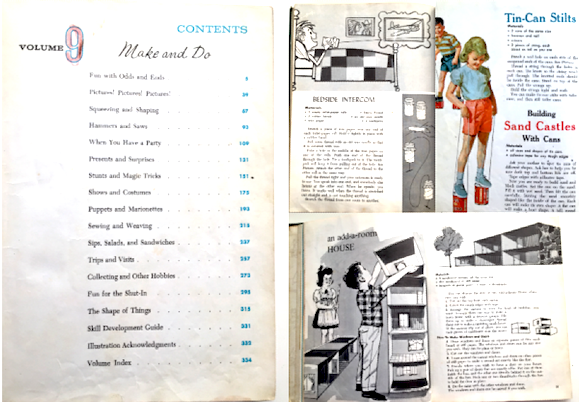 I suspect if encyclopedia exist at all nowadays it’d only be online versions. And I wonder if there’s any point given that so much general information on the internet is free. Perhaps they have ‘added extras’ to lure youngsters and their parents in, who knows?!

I suspect by the time today’s Gen Y or Millennials are my age they’ll be reminiscing about the days they used this archaic thing called ‘the internet’ to do research, feeling (as I do now) agog at our naiveté mixed with a bittersweet sense of nostalgia.

Did you have encyclopedia growing up? Or not? Do people just google stuff now, or can you still buy / subscribe to them?

** Linking up with the lovin life gang again this Thursday **