I was worried I’d inadvertently insulted a journalist or two at the local paper on the weekend. 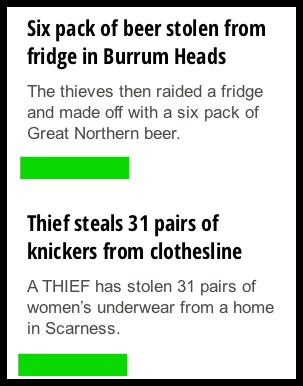 I thought my tweet was relatively polite and made it clear that I wasn’t dissing the local paper itself… more the ‘crime’ we have on offer here on the Fraser Coast.*

Don’t get me wrong, I’m relieved that our biggest issues involve the theft of a six pack of Great Northern beer and 31 pairs of undies off someone’s clothesline… but it’s kinda funny nonetheless. Isn’t it?

Fraser Coasters have had their share of trauma and turmoil in the past so I definitely don’t wish that upon us but – on rare occasions I watch the local news – I have to chuckle at some of the stories on offer. And I feel sorry for the poor journalists involved; trying to make a story out of nothing at all.

Fortunately we have local, state and federal governments to keep the local journos busy – rising rates, cuts to services and the like. And, having worked in the community sector many years ago (and more recently closely with Ministers’ and senior officials) I know that – on the whole – positive coverage and (indeed) any publicity at all can be hard to come by.

Letting people know what community groups are doing or highlighting the achievements of local individuals may not be as sexy as grisly murders and mayhem – but it most certainly serves an important purpose. 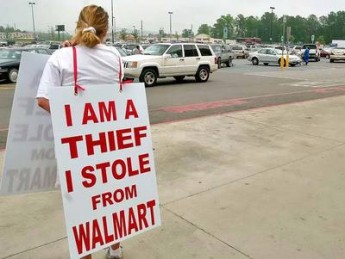 I must confess that I do however – take a little offence at the initiative introduced by a former editor of the local paper, who started a ‘naming and shaming’ routine – predominantly of people arrested for drink driving offences.

We’re all made aware that Mary Smith had 3 wines at lunch and then drove to school to pick up her 2 children; and after sobbing in court she received a fine and lost her licence.

I obviously don’t condone drink driving but I’ve always felt uncomfortable with the notion of public humiliation. (And I understand that the editor in question appeared on a show recently talking about his commitment to, and justification for, the initiative.)

Anyhoo… back to the big issue at hand… these pesky local thieves stealing beer and knickers. Well actually… I must confess, the bigger issue for me (and one which has plagued me since I first saw the story) is who on earth HAS 31 pairs of knickers to hang on their clothesline? I’m hoping it was a household of women who only wash weekly and not just one lady with an underwear fetish. And as for the thief and why they needed 31 pairs of undies… well the mind boggles!

Other than almost anything which appears on the front page of the NT News, what’s the funniest story you’ve seen in local media?
And the burning question… do you own 31 pairs of undies?

*NB. I am seriously relieved. And thankful. x