When people ask me what I’m doing now that I’m ‘not-working’ I tell them I’m having a bit of a break and pursuing some passions. For a while. 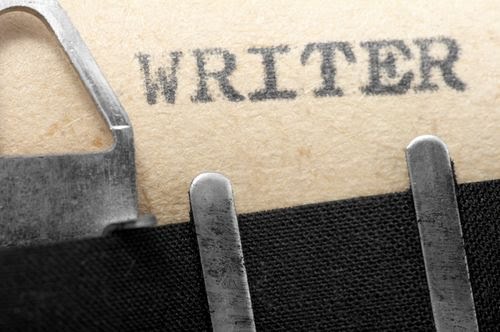 It’s not something I’m even vaguely ashamed of, in fact I’ll tell anyone I blog. Though I was a bit startled when my old boss – an important person in the overall scheme of things – mentioned having checked out my blog.

“Faarck!” I thought and wondered what inane things I’d been writing about.

I recently wrote (in my diet blog, Diet Schmiet) about the fact that I felt a bit impatient to start this new life… this life which supposedly involves following my dreams and writing… something.

In that post I explained that I found myself in a bit of a quandary about making money from writing and monetizing my blogs etcetera.

Mostly I wondered if I was kidding myself. I mean, I do not expect to make a fortune from my blogging, but (I must confess) I do fantasise about the idea of making a living from writing… something.

At the very end of the recent Problogger Training Event in Melbourne Mr Problogger himself, Darren Rowse, had all 300 participants pour out into the stadium seats at the conference venue (Etihad Stadium). Obviously though it felt like we were large in number, we were dwarfed in the 74,000 seat stadium. 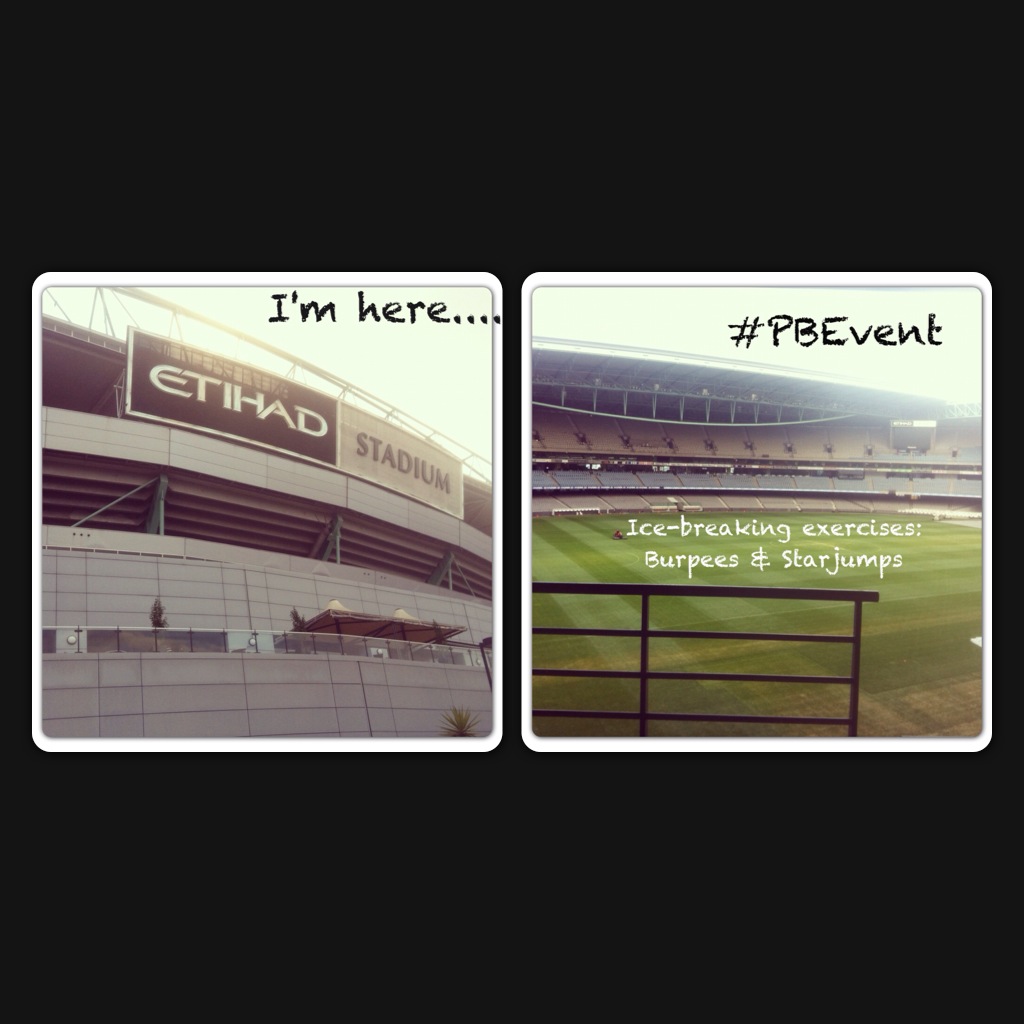 Darren reminded us that bloggers could fill those seats many times over.

“You are not alone,” he said, reminding us we are part of something bigger. Something important.

It is so very true.

But, later alone in my hotel room I crashed back down to earth.

“Who the fuck do I think I am?” I wondered, “I am just one of gazillions who blog. Why should ANYONE read what I write?”

I remembered the other 299 (or so) people hanging on the speakers’ every word. It occurred to me that most of those attending were wanting to take their blogging to the next level – if they aren’t already there. Most wanted their blogging to be more than a hobby. 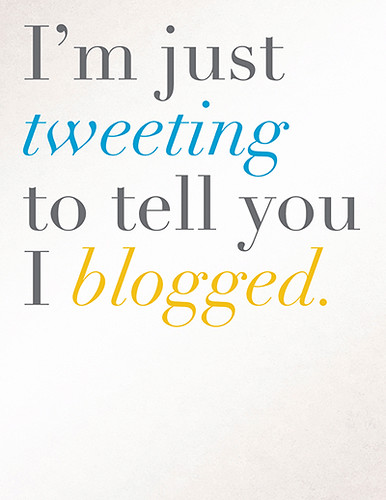 “I blog because I like to write,” I say. But I also blog because I want people to read what I write. Obviously. Otherwise I’d keep a friggin’ diary and never promote my blogs via scheduled bloody tweets.

I was reminded of attending my first ever writers’ festival – back in the early-mid 2000s. I’d started participating in writing courses and had the usual fantasies. (No, not THOSE ones involving George Clooney, rather the “I’m gonna write a successful novel!” kind of daydreams).

I turned up to the first session of the festival to hear a panel of speakers talk about writing. And I was gobsmacked. There were hordes of people. Hordes of hordes. Hundreds of seats were taken with many standing. People of all shapes, sizes and ages. People who – evidently – also had a dream.

I looked around and became depressed. I felt small and insignificant.

“Who the fuck did I think I was that I was going to be the one who wrote the bestseller. Revered by millions around the world (my book, not me!), Booker Prize to my name… veging by a beach somewhere making money doing something I love.” (And yes, that last bit is a bit strange, cos… well you know, I have just moved to the beach!)

I wondered if others were thinking the same. Or perhaps their own ego was such that they KNEW they were going to be the one in gazillion who had a book published. Or who had articles accepted and received actual money in exchange for their words.

I definitely didn’t. And I most certainly didn’t a month ago in Melbourne while looking around at a sea of enthusiastic bloggers.

Bloggers also come in many shapes, sizes and styles – and I’m not talking about a niche: although on that note, I’m mostly niche-less (or are there niches for ‘people who love television and reading’ and ‘failed dieters’?).

There are those who I suspect blog because they love photography and need a vehicle for their creations. There are those who have a certain area of expertise and want to share information; or those who want to engage with other like-minded people from afar. There are those (I hope) like me, who just like to write and hope that someone else likes what and how they write. And then there are those who blog just because ‘everyone else is doing it’. Some write well. Some well ummm… not-so-well; but they still write.

What exactly do I have to offer, I wonder?

Again, I’m not convinced that I will make some semblance of a living from blogging, but (unfortunately) it’s more than likely I won’t be able to do it from writing either.

I’m reminded of JK Rowling’s many failed attempts to have Harry Potter published and actors and artists of many kinds who were tortured by years of rejection before success. In fact there are some out there for whom I suspect much of their  success is from determination and doggedness, as much as talent.

“Hanging in there” however, is obviously half of the battle. But at some stage I believe you need to stop and wonder if you’re kidding yourself.

I mean, does it matter if you spend your life writing without an audience if you actually enjoy it?
Is it a bad thing that – although I haven’t even started ‘trying to make money from writing’ yet – I’m wondering when I should quit?