Unless you live under a rock beneath a mountain in the middle of nowhere you’ll know I live opposite the beach. Of course… if this is your first time here, your ignorance is forgivable… although I do recommend you swot up for next time. ‘Cos at various times since making my seachange almost three years ago I’ve plastered pictures of my lovely unimpeded ocean view on this blog and all over my Facebook, Instagram and Twitter feeds. 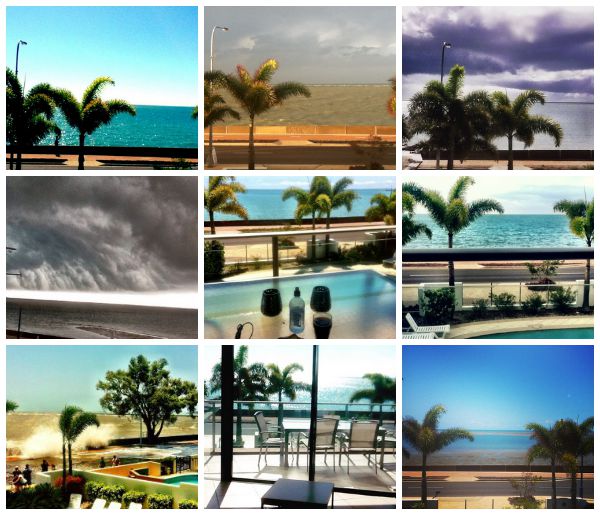 Despite some of my (ahem) occasional frustrations with apartment complex-living I LOVE my little piece of the world and amazing views. And if money was no object I’d probably live in a huge modern house opposite the beach. Well… either there or in a warehouse.

You see, I’ve long-held a secret fantasy to live in an old warehouse. I blame the movie Flashdance circa 1983 for this fetish as Alex (dancer-slash-welder extraordinaire) lived in this huge open-plan warehouse which (back then) was new and different, and has remained etched onto my brain.

As a result I’ve harboured this warehouse-living dream which—until a few months ago (when I removed social media apps from my devices)—I fed by pouring over industrial chic / warehouse decor via Pinterest when I couldn’t sleep. 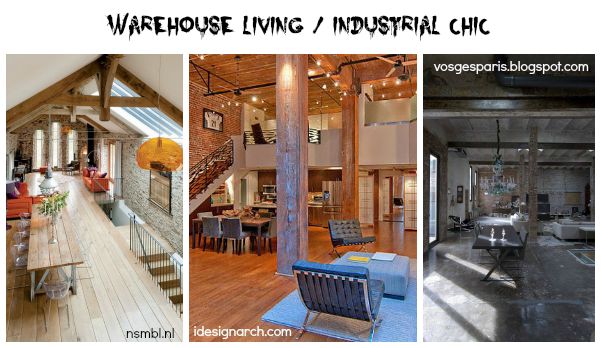 In fact, when I first finished some part-time work earlier this year and I knew money would be tight I started eyeing off an old building in a (neighbouring) town. On the market as a going concern or empty shell, it currently houses a bookshop downstairs and storage space/accommodation upstairs.

I however had visions of a huge open air living space (kitchen, lounge, study) downstairs with bedrooms and a bathroom upstairs. Although significantly cheaper than my current place, it’d need a stack of renovation (kitchen, bathroom and some ‘rooms’ upstairs AND an indoor staircase); but the foundations are kinda there and I LOVED the idea silly.

I told myself I wouldn’t miss my ocean views and sea breezes and that the hermit in me would be happy ensconced in my somewhat-dark-but-fabulous building.

Thankfully my mother (who’s at the opposite end of the dreamer / fantasy / practicality spectrum) scoffed enough at the idea that I pushed the thoughts aside… though I continue to renovate it in my mind. *Sigh*

In order to quell my yearning for something different I’ve been wondering if I can somehow give my apartment-by-the-sea an inexpensive makeover of sorts.

Although I HATE clutter, the modern minimalist in me is fighting a losing battle with an increasing fascination for bohemian / boho chic so I’m thinking of starting with some indoor plants.

I’m also toying very gently with the idea of a faux brick wall via hopefully-realistic wallpaper for the wall behind my bed, or perhaps a living room wall, although I’m not entirely sure I could pull it off myself given my aversion to all-things-handymanish. 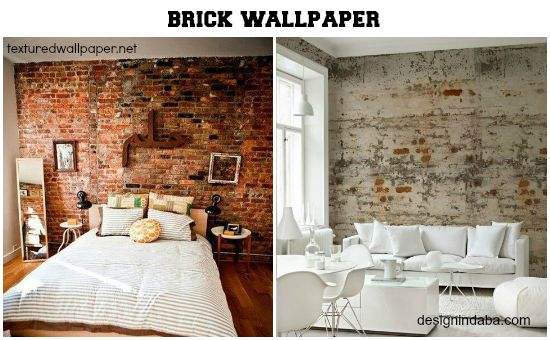 What do you think?

Have you given your place a makeover of late?
Any inexpensive suggestions for my apartment makeover?
Where do you stand on industrial minimalist vs bohemian chic?

Linking up with Trish from My Little Drummer Boys for Wordless Wednesday and Raych at Agent Mystery Case for Worth Casing Wednesday.

Pics all from Pinterest – I’ve noted where they came from in each collage, but they’re all things I’ve pinned.