Once upon a time in a tiny remote kingdom lived a princess called Margaret whose generosity, kindness and beauty were appreciated by all around her.

Soon after her 19th birthday there came word of the imminent arrival of a knight; a champion of men, who would lead Margaret’s kingdom to many victories over their enemies.

Arriving on his trusty steed, the knight took in the beauty around him, but no natural wonder could challenge the magnificence of the lovely Margaret.

Knight Barry jousted and duelled his way into Margaret’s heart, who was – in turn – surprised by her knight’s tender and thoughtful rectitude.

But, before Knight Barry could confess his feelings, his time in Margaret’s kingdom drew to a close.

Shortly after his departure and pining his absence, Margaret threw caution to the wind and set out to visit her Knight in his faraway land.

On again seeing his beautiful princess Barry knelt upon one knee, declared his undying love for Margaret and asked for her hand in marriage.

And, so we are told…. a few short months later Barry and his family travelled to Margaret’s kingdom where the young couple were joined in matrimony. 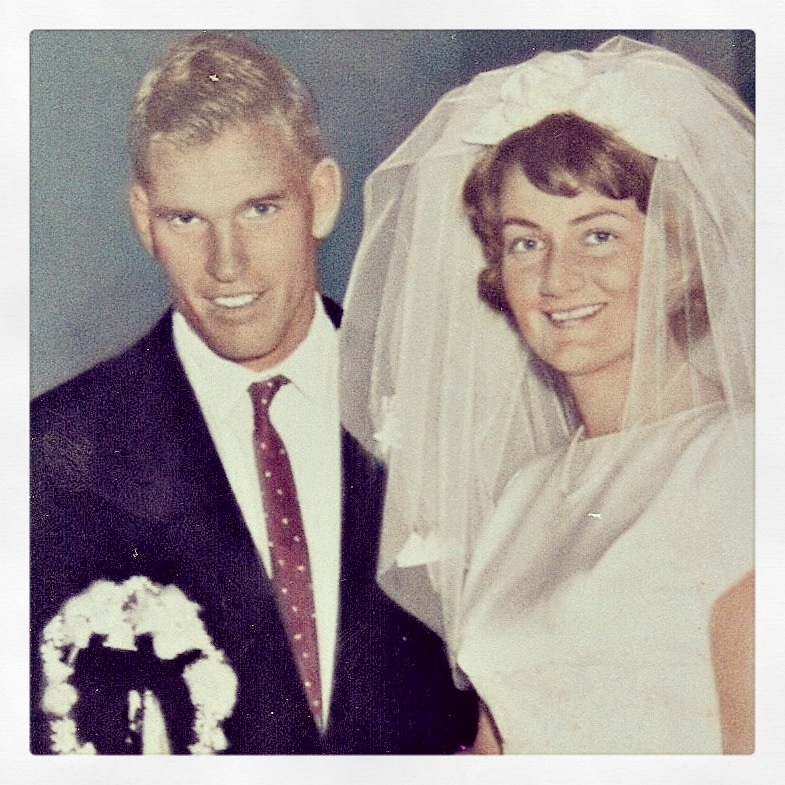 As Barry and Margaret bade  farewell to her kingdom, Margaret dreamt of their life to come – of many happy years together.

This year would have marked their 50th anniversary, however Knight Barry – though fighting the good fight – passed away just after their 48th.

Princess Margaret continues to shine in her adopted kingdom, treasuring the world that has now become hers.

Happy Golden Wedding Anniversary to my darling mother. And of course to dad… who’s still with us, just not in person.

* This fairytale may not (ahem) completely reflect the real story behind my parents courtship, but it covers the important stuff… and that’s all that matters.