I’ve long admitted to being an ‘all or nothing’ person. Yep. Hello, my name is Deborah and I’m a black / white thinker. And it’s something I consider to be one of my biggest flaws. But, I’ve been recently challenged to consider whether the idea of ‘going big or going home’ could in fact sometimes be a good thing.

Last month I was contacted by Heather Von St James. Heather is a 10 year survivor of a rare cancer called mesothelioma and was given just 15 months to live on diagnosis.

Heather’s since dedicated herself to being an advocate for those affected by mesothelioma, spreading cancer awareness and educating on the continued dangers of asbestos.

Heather said it was her diagnosis that led her to decide it was ALL OR NOTHING from that day on.

In addition to sharing her own blog series recounting her experience, she’s celebrating ‘All or Nothing Day’ on July 26th, and asking others to share their passions and proudest moments – capturing her own mantra. 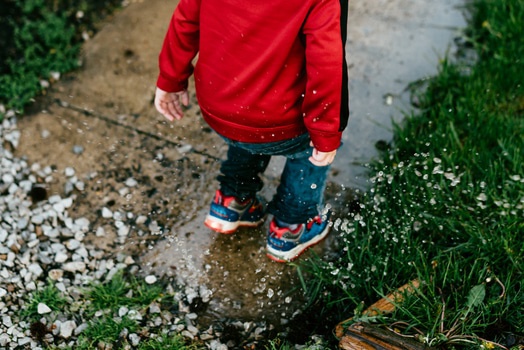 The ‘all or nothing’ concept leapt out at me. Like I said, it’s something I usually see as a negative. But I realised that’s not always the case. It can be about fully committing to something. To your job, your family, your hobbies or your life.

It occurred to me that my own thinking about the concept of ‘all or nothing’ is exactly that. I am naturally an obsessive person and tend to think the opposite to that is something passive… a half-hearted approach to things if you like.

But despite my black / white world… I’m reminded there’s grey.

It’s possible, I realise, to commit to something without being obsessive about it.
And it’s something I’ve been thinking about these last few days.

I mentioned in my Sunday Post that my place has sold. It’s not yet unconditional, so may not go ahead but it means I had to suddenly step up my search for a replacement for my apartment on the beach.

I told myself it was okay… that I’d rent for a while. I’d been closely monitoring local real estate since before putting my place on the market. Other than places WAY outside of my budget there’d been nothing that had jumped out at me in recent times.

But, after I’d signed the contract for my place I halfheartedly widened my real estate search to encompass a couple of outlying suburbs that I wouldn’t normally consider.

And I found two places that appealed. One in particular. It was a bit outside of my budget but I loved it. And then the price dropped. Overnight. It felt akin to fate.

I visited the house. And fell in love. So I visited it again. And our passion continued. I’m putting in an offer today.

Of course this worry could be unfounded. My sale might fall through; or someone else may bid a higher amount.

But… as I contemplate the concept of ‘all or nothing’ I’m reminded it’s not always a bad thing.

I’m a big believer in ‘gut instinct’. All along I’ve said I’ll ‘KNOW’ my next house when I see it. It’s been the case in the past and it’s true again now.

And if I miss this place I’ll pine. But… I’ll pull up my big girl panties and wait for the next place I’m prepared to commit to. And I’ll be in. Again. Boots and all.

Do you think ‘all or nothing’ is always a bad thing?
Do you work on gut instinct? (Which I believe is actually called intuitive decision making?!)

Belatedly linking up with Kylie, the new host of IBOT.