I’m starting to feel quite grown up.

And, in case you’re wondering, this growing sense of maturity is coming about because I’ve been cooking.

Despite the fact I’ve always lived alone I’ve always cooked dinners. I roll my eyes when partnered friends comment on their loved ones being away and having ‘toast’ for dinner cos they couldn’t be bothered cooking for just one. (I also want to slap them around the head cos that’s my life they’re talking about. But… of course I’d never do that. Being so tolerant ‘n’ all…)

A few weeks ago I realised that I’d been having the same 2-3 things for dinner. Night after night. (Incidentally eye fillet steak with mashed potato/faux fries/potato bake, veges and peppercorn sauce is my go-to winter recipe!)

In my diet blog I said I wished someone would run some sort of ‘dinner challenge’ requiring me to have something different every night. And then I realised of course, that – although we live in a world full of monthly challenges (plank-a-day, photo-a-day and so forth) – I could just bloody challenge myself to mix up my evening meals. D-oh!

Two weeks in and I’ve been doing just that. I picked through old Weight Watchers cookbooks for recipes, including this easy Chicken Tzatziki thingy (ie. stir fry chicken and some veges, stir in dip and voila!). 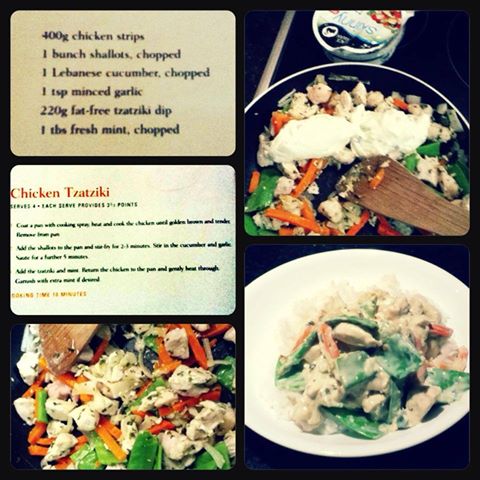 I tried a recipe I saw on a blog and earmarked. The earmarking is something I often do, but the follow-up… not so much. But last night, I pulled out a little casserole dish and prepared Baked Sour Cream Chicken, shoving it in the oven early – BEFORE heading to the bath to read. (This is almost unheard of in my world; as I usually get out of the bath at 8pm or so and then have to start cooking!)

It didn’t quite look like the finished product in the blog post. I used mixed veges instead of peas so that was expected; but the liquid thickened, separated and looked a bit gluggy. It did – however – still taste really  yummy. 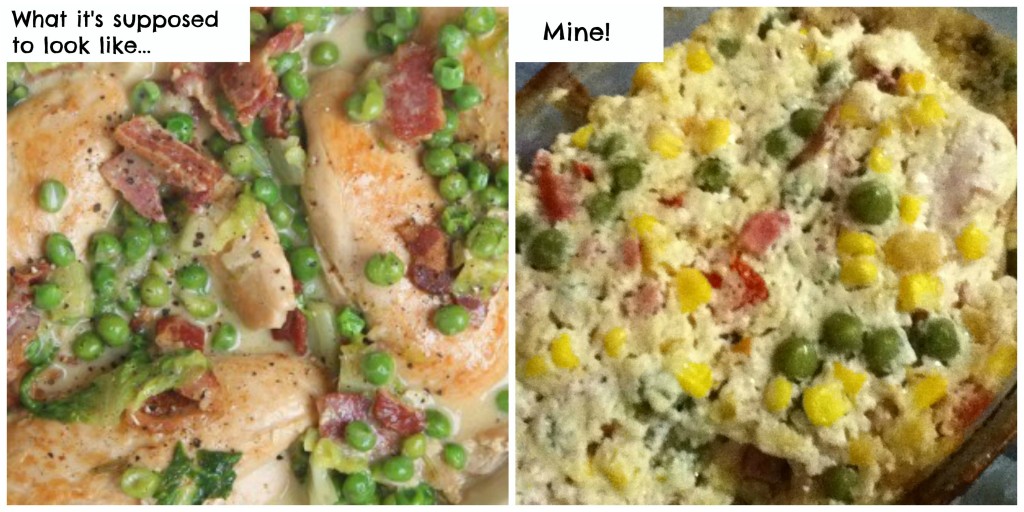 To top this off, last Friday I bought myself a food processor. Yes sirree… I’m practically all growed-up now. Next thing you know I’ll be buying a slow cooker and preparing dinner at 10am. (Okay well, maybe not!)

Sure my food processor cost $24 from Target, but I didn’t know how long this ‘grown up’ behaviour was going to last. And – well, I still don’t feel ready for an expensive version. Of course rather than this: 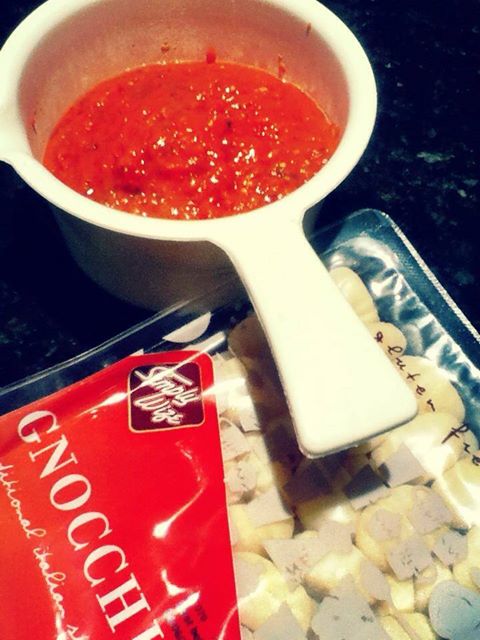 Cos I don’t like zucchini. But… I blended vegetables and made a sauce. So, yay me!

I’ve always felt young for my age… Well immature rather than young (ie. young, but not in a good Demi Moore way!).

A while ago I wrote this post about my maturity, cooking and buying knives.

But… my sense of immaturity is not just about my evening meals.

I remember flatting with friends in my 20s and seeing couples starting to shack-up. I couldn’t imagine it and I wondered if they felt like they were ‘playing house’.

Many of my friends were in their 30s and had children before I realised they were suddenly grown up and old enough to have kids. Even now, I see friends with children in their late teens 0r – god forbid – in their 20s and I am gobsmacked. I mean, it was only a couple of years ago that I was still trying to have my first child!

Indeed I still recall announcing to work colleagues (#asyoudo) back in 2003 that I thought I was ready to start dating. They laughed before realising I was serious! (I was – after all – 35 years old and several of my workmates were already on their second marriages!)

I see others doing important things in their careers or having important discussions and just wanna hide at my desk and write about TV shows.

I mean, it’s not that I haven’t been responsible. I worked for 20-25 years, in Australia and overseas. I grappled alone with a mortgage and life-in-general and survived. But… I often look at 30yr old parents who use a slow cooker; know how to mend clothes and make pesto and think they’re so much more mature and together than I!

However… I do wonder if (like SO many other things) it’s different from the outside looking in. Who knows, people may look at my life and think I (mostly) have my shit together?! #ornot!

Or those who have full fridges and shop with lists may feel like their own friends are more organised and ‘grown-up’ than themselves.

Can anyone else relate?
Or am I – as usual – just overthinking my life and everyone else’s?