I’ve taken to visiting my mother outside of official hospital visiting hours.

Although she’s only lived in my childhood hometown for 49 years – so not officially a ‘local’* – she has a gazillion friends from her many and varied activities who all converge on her hospital room throughout the day.

She’s recovering well from a hip replacement operation she had this week and when she’s released next week I’ll be on mother-sitting duties for a while. 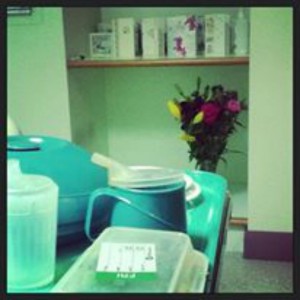 Late yesterday we were watching the local news as she scoffed her fish and chips. (She’s pleasantly surprised by the quality of food she’s being served up. She is – however – in a private hospital… so I guess that’s to be expected.)

I was in recovery mode, having finally gotten word that I didn’t get a local part-time job which was (seemingly) perfectly suited to my skills and experience. It wasn’t something mindless – as originally desired – rather something that was similar to much of the work I’d done in the past.

After venting and much cursing… #mofo featured prominently in case you were wondering, I was getting past the anger and the “Why the fuck not?” to some sort of slightly maudlin acceptance of the perceived rejection. (Plus I’d written about it all, which helps.)

Anyhoo, a story appeared on the local news about a man who’d lost the use of his legs and who was desperately looking for a job. I missed the beginning of the piece (and cannot find it ANYWHERE after much googling!) but the vision showed the determination of the man in question, who was (by his car) in his wheelchair on the side of a busy street with a sign saying “Work Wanted” or similar.

“Oh shit, that’s what I’m doing wrong,” I said to my mother and we discussed whether I was (as yet) sufficiently motivated to prepare a “Will work for food”** sign and wave down traffic. 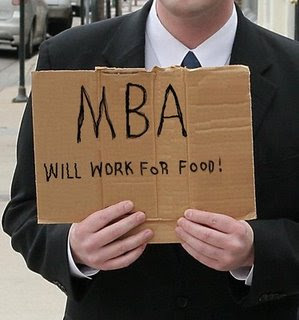 In the end we decided it probably wouldn’t work. I drive a little Mercedes Benz which I suspect – despite the sign – would engender little sympathy for my plight. I already struggle in my conversations with people when trying to explain I can’t afford yoga classes, a new phone or regular dinners out***. Particularly if they know where I live or what I drive.

I do joke sometimes that – if I get really desperate (to pay my upcoming exorbitant rates or body corporate fees) I can always hock my car and downsize. Although I would have to be really desperate.

Perhaps I’ll actually start trying to sell my writing, blogging and social media services first. (As originally planned, but not yet actioned.)

Have you ever been cash poor but asset rich(ish)?
Do you think I should make a sign?

*   I, however, am local – having been born there. Them’s the rules folks.
** Joking. Unless you make really good brownies.
***And yes, I do know that yoga classes, a new iPhone and dinner out aren’t life’s essentials. 😉