Did you miss me last week? Lately I’ve only managed to write one non-bookish post a week – on Thursday’s for the Lovin’ Life link-up I’m a part of. And last week I failed at that. (Despite having something drafted.)

In reality I’m a little ‘all over the place’, which those who follow me on social media have had a front row seat to, but I do have an excuse for last week’s absence, as I had an early morning job interview.

So instead of sharing one of the insightful and interesting posts wallowing in my drafts folder, I thought I’d do a check-in of sorts.

I have a temporary full-time job! It’s been on the cards for a few weeks and I have to say there’s NOTHING like the stress of uncertainty for a control-freak.

Anyhoo, it works out well as I’m in Brisbane cat-sitting for another week, so I get to start the job here (head office for training and induction and stuff) next week and then return home to the Fraser Coast where I start the job. Interestingly it’s again in my mother’s home-town which is 30mins (40kms or so) from the town in which I live, so she’ll have the pleasure of my company for a night or two each week again to save me some driving.

There have been several book-ish events on in Brisbane while I’m here and I’d intended to go to some. But, I must confess to being overwhelmed at the logistics of being back in the city. I lived here in Brisbane for a long time and know the inner city area pretty well, but now it feels really overwhelming. The idea of having to drive across town reminds me of how I thought of Melbourne or Sydney, back when I lived in Brisbane.

I must confess I’m a little ashamed of the overwhelm… though at the same time it’s a nice reminder that I’m happy with my seachange decision and have adapted to the slower pace and less frenetic lifestyle.

I’m trying to remember if I struggled to ‘fit-in’ to life in Hervey Bay when I first moved (back) there over six years ago. I’m sure when I returned home (when at University or working) I really couldn’t imagine living back on the Fraser Coast, and yet… here (there) I am!

I did however get myself to a catch-up with some blogging buddies yesterday. The idea was mooted a few weeks ago and (for a change) I happened to be in town when it was happening so I got to go. Logistics-be-damned! 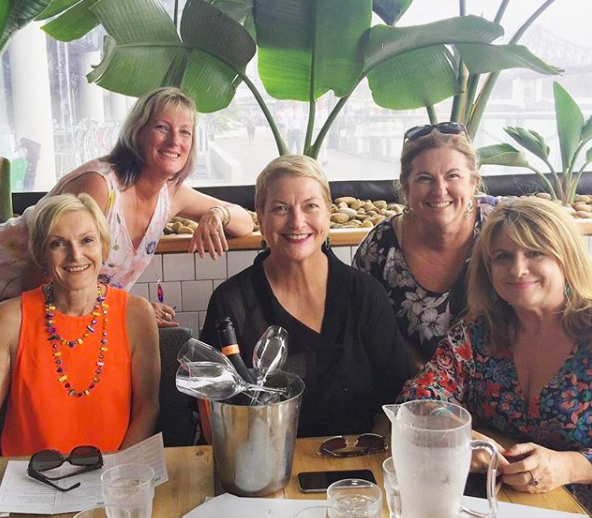 I was interested in this clip Minnie Driver put on Instagram. As someone who’s been overweight for a loooong time (after a short time of being underweight) I tend to think of fat-shamers as much worse than thin-shamers.

I mean… rarely do you hear anyone say they’d like to be overweight and if given a choice (between the two vs ‘ideal’ weight most people might choose to be underweight, but still… a friend and I had actually been talking about Minnie Driver’s thinness the other day – a result of a photo she posted prior to this. Of course, I’d never actually put a comment on someone’s post saying so, but I guess I’m guilty of thinking it and having the conversation. And I should I realise (better than most!) someone’s body and health is no one’s business but their own!

What’s happening in your world? Have you ever struggled to fit in to a place after you’ve left?