A few years ago I house-sat for my aunt and uncle who live in a small beach-side location about 30km (half an hour) from my childhood hometown. My aunt grew up in my hometown as well before she and my uncle moved to the hustle and bustle of the big city before retiring near her birthplace 7 or 8 years ago. Their place is on the esplanade, opposite the beach and although not my style – is beautifully furnished in the style of an old Queenslander.

Now retired they travel a bit and a few years ago I took the opportunity during one of their trips to ‘look after things’ for them. As you do.

As well as the beautiful vistas and relaxing beach-side life, staying there invoked in me a sense of envy of which I’m not always conscious.

I’m a self-confessed non-foodie. I cook the same things all of the time and although I mostly do it by taste, what taste I do have is not very sophisticated. Occasionally I’ll decide to expand my horizons and try something new. But not often. And while years ago I used to entertain – a bit – I now do it very very rarely. 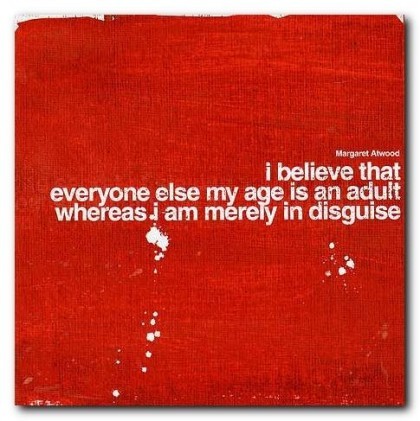 As a result my fridge is devoid of anything other than my usual staples which amount to a somewhat pathetic-looking vessel. In fact, If it wasn’t for the occasional expensive bottle of champagne and lack of beer, it could be the refrigerator of a college student.

My aunt’s refrigerator was different. Not to mention her larder. I’m sure she usually keeps fresh stuff, but because they were away I relied on whatever was on the shelves awaiting their return. I did try to be self-sufficient while there, but must confess to ‘borrowing’ (ahem) fish sauce, brown sugar, obscure herbs and pastes and the like.

I trounced about her kitchen as if ‘playing’ a grown-up. As if it were mine. As if I was someone who stocked food for elaborate and adventurous recipes which I (too) would cook for my myriad of house or dinner guests. I remember years ago being at a friend’s house. The friend is my age and someone I was once quite close to. One night I was there and pfaffing about in the kitchen as she cooked a casual dinner. While I scoffed wine she nonchalantly blended up a pesto dip thingy for our nibbles… just cos… well, just cos she could. And I still remember my awe when she opened her massive refrigerator door and I got a glimpse of what was inside.

It was full. Of stuff. The sorts of things that grown-ups have. Herbs, spices and the consumables you have on hand to throw together extravagant recipes when guests converge at the last-minute. At the time I decided it was because she had a husband and child (or two) and needed to play house more than I did. But still….

I was reminded of all of this tonight as I was chopping my veges with a not-very-expensive knife.

I remembered another friend spending A FORTUNE a few years ago buying a knife set and being agog that one would ‘waste’ $1000 on such a thing. I still own hand-me-downs from my mother, bequeathed to me during my post-University years.

Mostly though, tonight I remembered the fact that my mother used to get my dad to sharpen my somewhat-pathetic knives on a stone thingy when they visited. Not often. Just once or twice a year.

Because of his dementia, he’d forget that he’d done it. But I didn’t. Each time I sliced through some onion or meat I’d note the difference. And I’d tell him when I called to talk. He’d never remember but I’d remind him and tell him how magical it was to use the suddenly-sharp knives. And I hoped, just for that moment or two while he remembered, that he had a sense of purpose and pride at a job well done, and that he’d know how much he was valued and appreciated. Cos we all need that.

I remembered this tonight because my knives need sharpening. Perhaps I’ll have to learn how to do it myself.