“Oh of course they’d need to leave time after we finish to sanitise the table and chairs for the next booking,” I said to a friend last weekend.

Popular restaurants and cafes have long had ‘sittings’ so they can fit as many as possible in each evening but of course, the term has taken on a whole new meaning during the coronavirus restrictions.

What disturbed me about the conversation with my friend was that it seemed so normal. “Oh yes, the disinfecting!” is like a no-brainer.

I’m now used to pausing at the entrance to a store to queue behind those sanitising their hands; or waiting in the event there are already too many people in the shop (for its square footage).

Crossing the state borders is no longer an anticlimax. Now there are bloody checkpoints. I don’t think they’re searching cars as one sees on overseas television shows involving gun runners, fugitives, people traffickers and drug dealers, but I’m wondering if it might come to that. 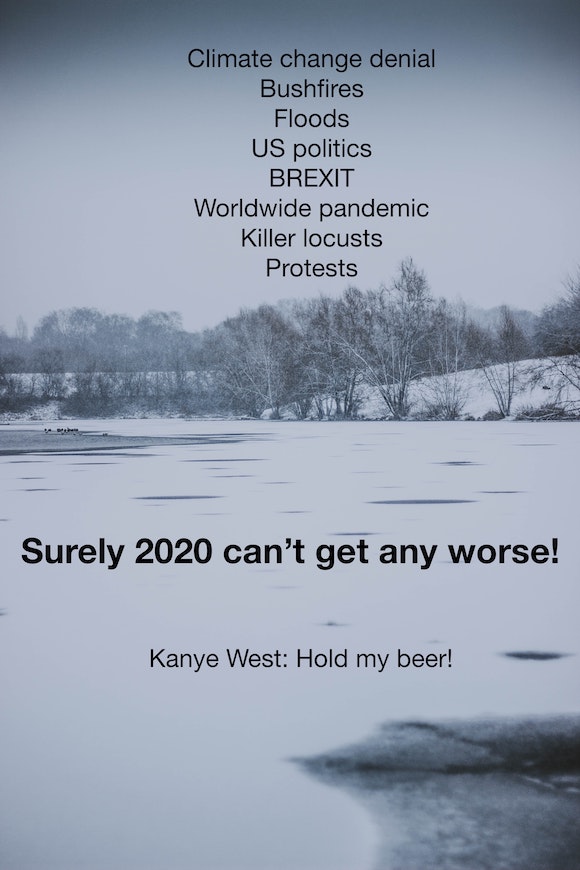 Late last year the rest of the world was slightly horrified as we saw Chinese police spraying corridors of buildings with disinfectant and chasing down people who tried to leave them. Pinning them to the ground and marching them back inside. And now, here in Australia we recently ‘locked down’ buildings in one of our states, posting police guards.

People will always complain but I feel our government(s) have done a pretty good job. They’ve been trying to balance the risk of infection with getting the economy back up and running. It can’t be easy and we’ve never seen anything like this before so it’s almost impossible to know if what we’re doing is right or wrong until it’s too late. My state has been erring on the side of caution and I’m relieved about that though I know others aren’t.

Cafes and restaurants have been allowed to have increasing numbers over the past month. Pubs and clubs have now opened but with social distancing. And I laughed when I heard this… but NO DANCING. It’s like Footloose all over again! Our Premier stated that people could listen to music but not dance.

I swear I saw something on social media that offered some tips for ‘chair dancing’. And then a couple of days ago…. 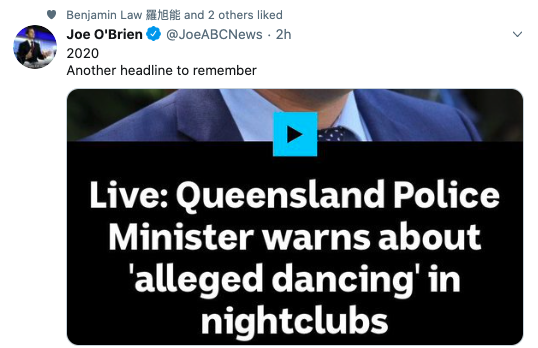 Months ago this would have all been unimaginable. My social media feed is full of people in other countries who’ve not left home for weeks. For months. We’ve been more fortunate here in Australia. Dare I say we’ve probably become a little complacent. My entire state of Queensland has ONE active case of the virus at the moment. And it’s a bloody big state.

Indeed I often drive past my hometown’s ‘fever testing clinic’ and never see any vehicles queued or people waiting to be tested. It’d be nice if that remained the case but, as we’ve seen elsewhere in Australia, we shouldn’t be smug. A re-emergence of some sort (or god forbid, a second wave) seems inevitable and though we’re all exhausted and anxious it’s also weird how ‘normal’ this has become. Even the bad bits.

Almost since ‘social distancing’ and ‘isolating’ became part of our vocabulary I watched in horror as people on television hugged and shook hands. As if that had not been the norm for decades, if not centuries.

In many ways this feels very surreal, but most of us have changed our habits and accepted the new normal.

How has your world changed? Are you surprised at the things you’ve come to expect or accept?