I’m not supposed to be writing this. In fact, I need to download that software which forbids you from going online or opening other programs when you’re supposed to be focussing on something else.

However… I’m writing something and – as one does – cutting an pasting from an old document. And I noticed the thing I’m cutting and pasting from is very old as I’ve left TWO spaces after the end of each sentence.

Remember that rule? Anyone who learned to type back in the 1980s (or earlier) on things called typewriters was told to leave TWO (not one but two) spaces after a full stop* and before the subsequent sentence. 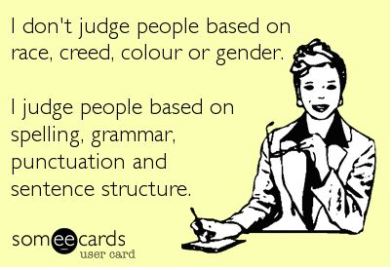 It was a punctuation rule. Or a commandment or something.

I wasn’t the best typing student and regularly got separated from a friend for talking. And I recall we had to wear those bib things that covered the keyboard so we couldn’t look down and cheat and look at the keys.

Ahhh yes… the good old (draconian) days of teaching. Bitching aside, learning to type was obviously a good thing as I’m pretty fast with the keyboard now. Of course at the time we didn’t know that 20 or 30 years hence we’d be grateful to the authoritarian typing teachers of decades past. 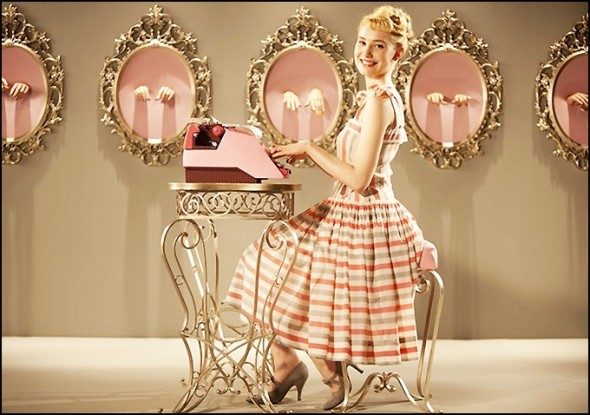 Me learning to type. Ok… not me.
Source: julielittleconversation.fr

But, I’m digressing… back to the spacing issue.

I recall being told during a novel-writing / creative writing workshop that when submitting to publishers (etc) you NEVER leave two spaces between the full stop and next sentence. Never, like… not ever.

I’m not sure when that seeped into my everyday writing. When I worked in government we had VERY strict rules and guidelines about punctuation, grammar and formatting. Each department usually had its own foibles – depending on the Minister of the day (lists starting with small letters and semi colons; lists starting with capitals and no semi colons etc). You know… the important stuff. But I cannot remember if there were rules around the full stop. Perhaps it’s now just the norm to leave one space (and not just a writing / publishing thing). I’m not sure.

Anyone know if the two-spaces-after-the-full stop-rule still exists? Is it something that’s still taught?

PPS. And no… I’m really not procrastinating. I swear. I just *ahem* really REALLY needed to know….

* Full stop = period for my US readers!