There’s a quote or saying that’s just out of mental reach. You know the feeling… when something’s familiar but you can’t quite access that part of your mind which will provide the answers.

Today’s topic was inspired by a comment from Julia over at Boyfriends Make You Fat. She was lamenting some of her recent food decisions and mentioned needing to ‘act like the healthy and fit person you want to be’, which she’d heard elsewhere. The comment hit home but has also been floating about in my mind, with me thinking I’ve heard something similar. Perhaps the saying I’m thinking of relates to confidence: act like you’ve already made it… kind of thing. 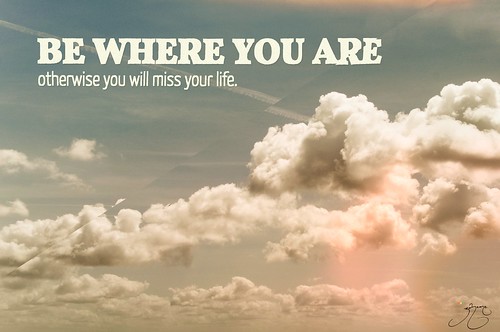 A week or so ago I wrote about taking one day at a time… and I’ve been trying to do that. Naturally I haven’t always been successful, given I’m not great at living in the moment and eye-roll when someone quotes Eckhart Tolle. (Not that I have a problem with ET or his theories, I’m just not good at ‘living in the now’!)

As I said in my last post, I often write posts ahead of time and publish them after a few edits. That post, about  whether or not I should continue to weigh myself was actually written about two weeks ago. I’d just restarted my weight loss efforts and was diligently counting calories (in and out – well, you know what I mean). But, the scales continued to disappoint and my motivation started to wane.

My week-old bread post was (chronologically and mentally) where I was at. Still ‘on track’ but just barely. Life was made more difficult by a visit from my best friend and my food and exercise tracking stopped. But throughout that time… I refrained from partaking in any junk food. The worst thing I did during her visit was dine out for breakfast once (Eggs Benedict), have takeaway Chinese and more alcohol than usual. Once she left (a week ago) I thought I’d surely be back to tracking. But you know what… I haven’t. I haven’t logged onto My Fitness Pal for over a week. In fact, I’m waiting to get another, ‘Where the fuck are you?’ email from them/it.

However… and it’s a big however, as I said in my ‘to weigh or not to weigh’ post, I’ve been on the scale a bit in the last week. And nothing scary has happened. In fact the numbers went down a tad. And that’s with wine on a couple of nights. Bizarrely, even though I’m not tracking my food, I’ve continued to make healthy decisions. In fact, I’m pretty much eating the same things I did when I WAS counting calories. I’m just a bit less anal about ‘amounts’ of things. Last night, for example I had fish with homemade salsa. I like to have some light sour cream and lemon juice on my fish. When I’m counting calories I’m extra careful about the amount of sour cream I have because I have to be able to write the exact amount down, measuring out one to two tablespoons. Last night, however, I probably had three tablespoons, although couldn’t tell you exactly. 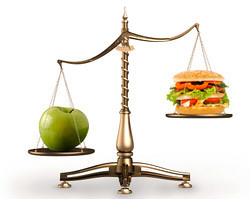 This past weekend alone I was mightily tempted on a couple of occasions to buy something I shouldn’t. On Saturday I looked at pre-packaged caramel butters (buttons) – once a danger food for me (each button eaten alternatively with a chocolate licorice bullet), but refrained. On Sunday I contemplated a visit to the grocery store stocking my corn chips and caramello koalas, but visited an alternative. And… when there, I pondered on the Easter Eggs (you know… just as a treat), but refrained. So it’s now about a month since I had corn chips or chocolate!

It seems that I have SOME willpower after all.

I must confess the not-writing-down-everything-I’m-eating and constantly adding up calories is kind of freeing. Whether or not I can continue to do it without running amok, and / or experiencing any success on the scale is yet to be seen. I suspect I need more rigour around my weight loss efforts.

But I must confess to being a little proud of myself for my choices over the past couple of weeks. Not tracking my food intake (and therefore a lack of accountability) could be a recipe for disaster – but I’ve behaved better than expected. Usually I only have two extremes: dieting rigidly; or binging. 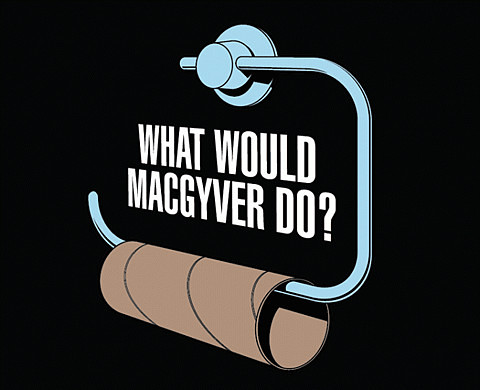 Back to Julia’s post, and I like the concept of ‘projecting’: imagining myself 20kg or more less and valuing my body. I can imagine I’d want to treat it better than I currently do. I hope I’d be more concerned about what I put into it and the decisions I make about it. So… as well as my ‘one day at a time’ non-mantra I’m going to ask myself, WWHDD?

What Would Healthy Deborah Do?