A few days ago I announced that I’d approached Weight Watchers to ‘partner’ with them to make some changes to my life and lifestyle. Essentially it means I’ve been given a free six month online membership. For me the decision was a no-brainer, but a couple of peeps have asked why I chose to approach WW rather than another large (and legitimate) weight loss body.

In reality, there were a few reasons… (and this was even before their latest fabulous ‘Awaken Your Incredible’ ad campaign here in Oz). Apologies to my o/s readers if you can’t access this.

1. Weight Watchers is tried and tested
It’s been around FOREVER… well, at least 40 years and hung in there while others have come and gone. It’s endured because it’s sensible and its ideology supported by experts.

2. Weight Watchers suits different lifestyles
Unlike some other initiatives WW doesn’t only offer a ‘one-size-fits-all’ approach.

Meetings – I’ve previously been to WW meetings – which I may think about doing again – but meetings aren’t for everyone. I’ve been to two lots of meetings which have been fabulous and another which wasn’t. In reality it depended a bit on where and when I went. Meetings can provide the face to face motivation needed by many and they offer camaraderie… but you do have to put up with an array of different (and sometimes annoying!) people.

If you work and can get the minimum number of employees involved, you can also do Weight Watchers at Work. One of my previous employers (a government department) attempted to introduce this for us – allowing us to attend meetings at our own cost, but on-site and during a pre-organised time (like a lunch break).

Online – this is what I’m currently doing and WW offers a heap of online tools as well as Apps for your mobile devices. Like the popular My Fitness Pal, your updates sync on whatever device you’re using. When out and about you can look up points and options to make informed decisions, you can plan menus, put together shopping lists and of course there are a heap of resources – forums, recipes, articles, advice and so forth.

I did Michelle Bridges’ 12WBT a few years ago and liked the online forums but they got a bit out of control. It’s only my opinion, but I like that WW is built around an ideology and a heap of experts rather than one person’s fame. When I did 12WBT many were in it for the Mish factor. Plus 12WBT didn’t offer a lot of flexibility in terms of individual needs. A nearly-6ft 130kg woman and a 5ft 70kg woman were both allocated 1200 calories per day. (Which hardly seemed fair – picture me pouting!) WW ProPoints allocation (the number of points allocated to food you can eat in a day) varies, depending on your weight. 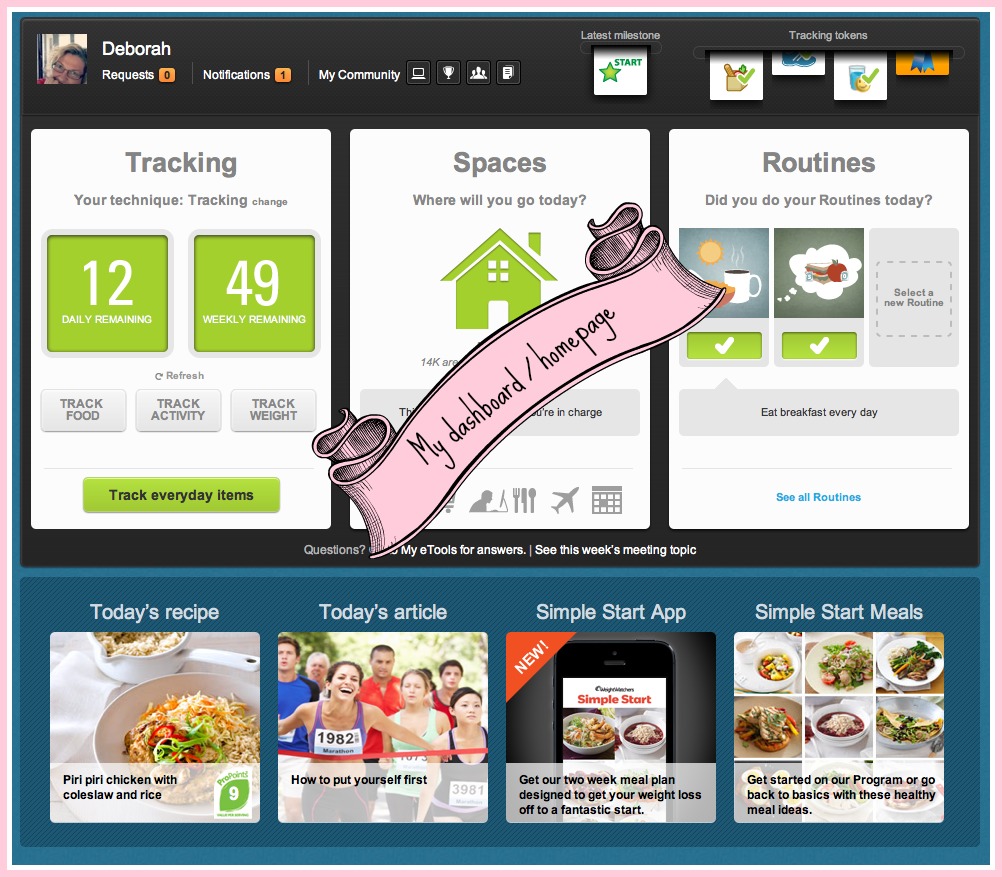 One-on-one consultations – face-to-face consultations aren’t offered everywhere, but I dipped my toe into these waters a few years ago. The Lifestyle Centres offered the face-t0-face contact of meetings but was ALL ABOUT ME! (Mine involved 10-15min 1-on-1 sessions at a centre at my local Myer Store for the same cost of a group meeting.) They’re efficient and effective but – if you read my 2010 Diet Schmiet posts – you’ll see I was nowhere near in the right frame of mind at the time. I binged like crazy after each weigh-in and then spent all week losing the weight I’d gained in a day!

During my vast research (reading the WW site) I discovered there’s now also an option to have a one-on-one consultation by phone! So if you want the human contact but don’t have access to a Lifestyle Centre or if you can’t make it to meetings the weekly phone consultations sound like a great option. (NB. They also sound super-efficient!)

A combo – if you sign up for Weight Watchers Unlimited you can access all of the online resources as well as attend meetings. 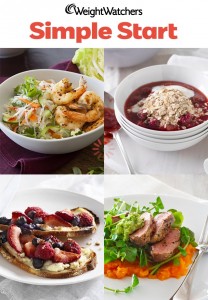 3. Weight Watchers suits different personalities
As well as doing the type of program which suits your lifestyle you can undertake the type of program which suits your personality or preferences. For example, there’s a new initiative out called Simple Start. Basically you are offered a menu for a couple of weeks (with options – additions and replacements) and snacks. There is no need to count points or calculate anything. It’s all been done for you. It’s perfect for those who are new to WW or those with minimal time for planning and preparation.

I however, am a control freak and a fussy eater, so Simple Start doesn’t suit me. I quite like having a little project and have the time to sit at my desktop computer or on my iPhone or iPad and work out what I’m having for each meal. Working it all out online is simple: I just find the food in question – adjust the amount and voila! No need for a calculator, pen, paper or fingers and toes.

In fact (though I’m a non-foodie) I’ve really enjoyed going through the online recipes and adapting them. Anyone who follows me on the WW forums (I’m Debbish there by the way) or on Facebook will have seen some of my recent concoctions. In reality – cooking new and varied dishes is one of my biggest accomplishments so far. (And more on that in another post!)

Finally there’s also a Filling and Healthy Foods option which (I understand) doesn’t require you to track points, but rather you just stick to certain foods and can feel confident you’re eating well.

4. I can eat normal stuff
I don’t have to buy weird ingredients or powders or pre-made meals. I can just eat stuff I buy at the supermarket and… I can really eat anything. You just need to budget for it – like you would do with money when you want to buy something. Long time readers would know that binge eating and the sense of deprivation I feel when ‘dieting’ is a HUGE issue for me. This is something I still need to work on because at the moment I couldn’t buy a treat and eat just one… even if I budgeted for it in my points. I’d eat all of them. And more. And I may then wallow in enough guilt that I give up making an effort re my weight for days. Or weeks. Or worse.

So there’s stuff I’m putting ‘off limits’ at the moment, but it’s in context. If I’m out for dinner I might very well have cheesecake or fries. But…. I won’t have it at home unless I could just get ONE slice or a handful. It’s a trade-off I guess, but so is life, so I’m trying to be grown up about it. I’ve still been having alcohol for example (am having an alcohol-free week this week though!) but have been surprised to find that I’d prefer to go without my diet champagne in the bath with a book than the red wine I drink with dinner. I would never have thought that would be the case until I had to decide.

I’m mostly trying to think of it as having to make grown-up choices and some compromises – something I’m not particularly good at! But… it’s time.

Disclaimer: I have been given a free six month online membership to Weight Watchers but my thoughts, opinions and words here (particularly the insightful ones 😉 ) are my own. Please check out the program for yourself before making any decisions.

What (if anything) would convince you to follow a healthy-eating or weight loss plan?