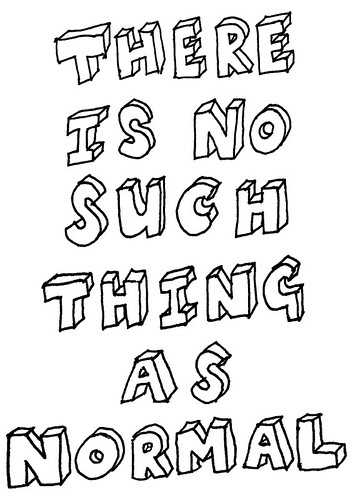 A few days ago I wrote about my intent to get “Back to Basics”.  I explained that I felt stale and jaded with this whole ‘dieting’ malarkey and the level of over-thinking I do; and said I planned to ‘strip it back’.

I received a comment on that post which has had me thinking. My commenter asked about ‘normal’ eating and said it sounded like I only have two extremes: I (and many others) am either dieting or  binging; and they wondered if there’s anything in between.

I know I’ve talked a little about this before and my black/white or all/nothing thinking. I’m either being ‘good’ or ‘bad’ (to use the labels I’m not supposed to use) or ‘healthy’ or ‘unhealthy’ to use more socially acceptable labels.

But normal? I don’t think I’ve been there much. In fact, it occurs to me that I don’t even know what it looks like. And naturally I’m conscious that ‘normal’ for one person may not be ‘normal’ for another.

Comparisons are bad. We all know that. We shouldn’t be comparing ourselves to those around us and feeling insecure. But… I can’t help but wonder if there are times when comparisons are – in fact – a good thing. 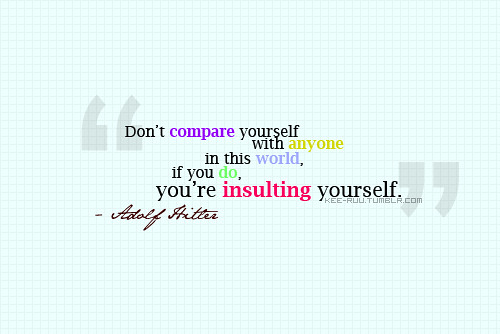 I’ve mentioned before that on my recent weight-loss program, we were given a 6-day a week exercise regime (catering for beginners to advanced; and those who like exercising at a gym, at home, or in a park). I was gobsmacked when I read the beginners’ program as I was far FAR from being capable of completing it. Instead I hired an exercise bike and did short rides, until my weight reduced enough for me to walk and my fitness improved enough for me to join classes. It worried me though. I compared myself to those on my program doing double sessions at the gym each day and felt I was failing. Badly.

But then one day I talked to someone on the program who’d done several rounds with great success. They told me that they hadn’t faithfully undertaken the prescribed exercise program; and in fact, they barely did any exercise during one of their rounds. Suddenly my 6 days of exercise bike riding or pilates didn’t look as bad.

Even now… IF I was to eat something that one’s not usually allowed to eat when eating healthily (chocolate, rice cakes etc) I would feel bad. I would feel like I’d failed – even if I’m not on any actual weightloss ‘program’ and only answerable to myself. 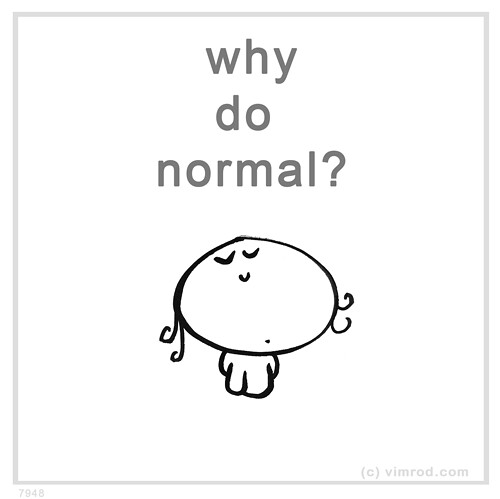 Sure I read about skinny models or actresses or athletes who claim to eat healthily most of the time and have the occasional chocolate etc. But they aren’t trying to lose another 20kg. They are just having to maintain a normal weight… but I still need to be ‘reducing’ my food intake enough to lose weight – something not helped by partaking in even occasional unhealthy food.

I often wonder what ‘healthy’ or ‘normal’ means to others. I’ve stopped ‘dieting’ in the sense that I’m not tracking what I’m eating or counting calories. I possibly am keeping certain foods off-limits at the moment and trying not to obsess about them.

I’m reminded of a number of books by Geneen Roth which (essentially and from memory) recommend that we NOT limit or restrict any food from our ‘diets’ in an attempt to curb the diet/binge mentality. Although it was the early 1990s when I first read her books, I recall at the time having a particular fetish for a cherry coconut filled blocks of chocolate and I seriously contemplated going and buying dozens and dozens of the things in line with her thinking: if I had them ‘there’ and available, I wouldn’t feel the need to binge on them because I was ‘allowed’ to eat them whenever I wanted. They weren’t forbidden. I didn’t do it – buy dozens of the chocolates. I bought several and ate them and then panicked as I mentally calculated calories in my head. I know her argument was that you’d revel in the opportunity to eat formerly-forbidden food for a while, before you stopped and looked at them with a ‘Meh’ type attitude.

I’m not about to go and buy boxes and boxes of my danger foods, instead I’m going to try to avoid them. But I just can’t decide where to draw the line when on a non-diet (I really am unfamiliar with this ‘normal’ business!). I had grilled fish last night with store-bought frozen chips (fries), the latter usually being off-limits if I’m dieting. Naturally I ate way more than I should have. But, I wonder… is that normal? Is that allowed? On one hand I’m chuffed I didn’t consume any rice cakes or chocolate, but on the other I ate A LOT of unhealthy hot chips for dinner! I’m sure others overeat from time to time. Even those (trying to lose weight and be healthy) MUST eat the occasional chocolate or packet of crisps. Surely.

I know my therapist would hate me using this language, but… what I’m wondering is:
How bad can you be (when trying to lose weight) and still be good?
What is your ‘normal’?