Today I’ve been scouring the recesses of my mind for something to write about and came up blank. As you do. So, in order to procrastinate (even more than the hour or two I spent on Twitter and TRYING to catch up with some other bloggers’ blog posts) I decided to play about on my laptop a bit. As you do.

You may recall I’m in my hometown at the moment because my father’s ill and currently in hospital. Yesterday was very scary as he was weak and frail and could barely move himself at all. They’ve found part of the problem so we hope he will start to get better. 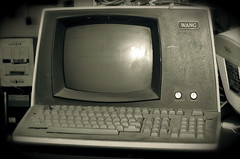 Okay, so their computer isn’t THIS old!

Anyway, although my parents have a computer (and prepaid broadband modem which I organised – and am now using) it is quite prehistoric, so when I visit I bring my trusty laptop. And when I say trusty, I mean old. Not as old as their desktop computer, but it’s at least 6 years old. And, until I bought my new shiny (well, not shiny – but white) iMac late last year, I survived using ONLY this laptop for at least five years. It was faithful and served me well.

Except… now I never use it. At all. In fact because my place has been on the market, it’s been hidden behind cushions for about two months, only to be dragged out for this trip.

Not only did nearly every program on here require updating, but the strangest thing has been the stuff stored on my FAVOURITES tab. And… it got me thinking how much has changed in the last year.

I’ve also had a ‘Why I blog’ post started for some time and so finally I get to finish that. (Actually, when I say I’ve had it started, what I actually mean is that I had the title and NOTHING else. In fact, I can’t even recall why or when I decided I want to write about it… but now it’s quite timely. Synergistic if you like!) 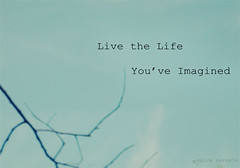 I’ve mentioned before my love of writing. For all of my adult life I’ve enjoyed writing, but until about 5 or 6 years ago, it only took the form of epic (and most definitely hilarious) letters and emails to friends and family.

Finally I decided I felt brave enough to join the State Writers’ Centre and enrol in an ‘Introduction to Creative Writing’ course, assuming it would be appropriate for a beginner such as myself. So there I was, a complete newbie, but – unbeknown to me – in a room with people who were already doing A LOT of writing, despite the introductory nature of the course. It seems there were a lot of aspiring writers wanting to be put on the ‘write’ (hee hee – sorry, I have to entertain myself sometimes!) track.

The course was conducted over a four week period on a Wednesday night and there I met a couple of women with whom I am friends to this day. It was challenging for me, as I am nervous about people reading what I write (in front of me), so I very rarely contributed my work publicly. But… it gave me a taste and I wanted more.

Over the next year I did a few other courses, though never really found my niche. I did a short story course, a freelance writing course and a course to overcome writer’s block. But… still, nothing jumped out at me. Finally a year ago I enrolled in an online Year of the Novel course. I had the makings of a novel in my head – which I’d never done previously. And, the online (lack of confrontation) aspect of the course appealed to me. I still had no serious desire to be a novelist (other than aspiring to a lifestyle of a drunken millionaire hermit living on the beach and writing all night and sleeping all day) but I liked the idea of focussing my writing on SOMETHING.

I didn’t mind the course, though the instructor went AWOL in the latter part and we participants pretty much lost our momentum. So, my Young Adult novel (crappy as it is) sits incomplete. 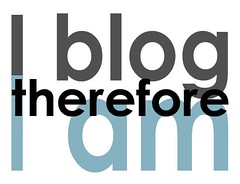 Despite this I wanted to do MORE. So earlier this year I enrolled in a Blogging and Social Networking Course for Writers, which the Centre ran. AND. I. LOVED. IT. Love love loved it!

At the same time I was just starting to follow a number of bloggers whose work I adore. Many are the mummy-blogger type (which has less relevance to me), but because they are just hilarious I love their work. I watched via Twitter as they attended conferences and received sponsorships etcetera. And… I wanted to be there. I wanted that life.

So I’m almost embarrassed to admit (for fear of people knowing my aspirations) that I realised WHAT I wanted to do; or what I wanted to be. Not a novelist. Not a writer of short stories. But a blogger.

I have a more-public blog (Debbish) which is attached to my Facebook page and more-public Twitter account, but sadly I don’t post in there much because I edit and edit my posts to death and then leave them as drafts as I fear they aren’t good enough or of any interest to potential readers.  Whereas in this blog… (in Diet Schmiet) I type straight into the program and my writing and words are akin to a brain fart. They just flow. (Mostly.) And it is a HUGE release for me. I can be myself. I don’t have to stress about the words being perfect; or even about being judged for what I say. Here, in this blog, I lay myself bare.  Which gives me pause for thought… Which blog reflects the real me? 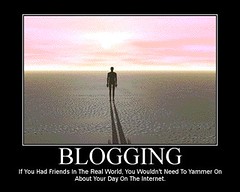 So, back to my original point: today, as I cleaned out my Explorer Favourites tab, I found so many writing-related websites – full of resources, as well as publishers and editors who blog. And whereas once upon a time I checked out those sites almost daily, I realised I had no real interest in them now.

Instead I follow the bloggers I really like for entertainment value; as well as those writing about health-related issues – of particular interest to me as I continue on my own weight loss journey.

So.. there you have it. That’s my dream. My desire. My aspiration. When I grow up I want to be a blogger.