I almost swore at another blogger yesterday. Albeit in a nice way! (And yes, that is possible. I swear at people nicely all of the time!)

I wanted to say, “Damn you, Big Girl Bombshell!” Which surprisingly is a bit of a tongue-twister if you try to say it quickly! Instead I do believe I said, “bugger, bugger, bugger,” almost-swear words but not actually aimed at her.

Jules inspired me again you see as her latest post was a ‘What now?’ post. Like me (though prior to me) Jules made the decision to not-diet. And now she’s pondering on what that means.

Hell to the yeah! I commented. (Well sort of!) I believe I left some blithery comment about how I could have written that exact post – although I’m not quite as evolved as BGB when it comes to not-dieting.

I’ve grappled with the not-dieting concept here and confessed to some concern after an initial weight gain.

Monday night I reticently stepped onto my bathroom scales (having not done so in a couple of weeks) and was relieved to see that I hadn’t gained more weight. Despite a weekend away.

In my comment on Jules’ post I said, “Now that I’m not restricting what I eat; I’m no longer bingeing.”

And believe me, a binger knows a binge when they see one. My over-eating of the caramel fudge on the weekend was NOT a binge. Sure I consumed the amount in a day or two that a normal person would be unable to consume in a week, but mindset-wise it was different. I didn’t set out to eat as much as possible and stock up in preparation. Which I would do if bingeing.

Jules said that much of her not-dieting behaviour mimics someone on a ‘diet’. However, she’s trying to make healthy decisions when it comes to food and exercise.

Most importantly she said:

Like knowing when I’m bingeing, I know when I’m ‘dieting’. When I was still bingeing (but supposedly not-dieting) just a couple of months ago, I was ‘good’ during the week – generally restricting carbohydrates at night as well as treats. But I’d go crazy on weekends. I was saying I was not-dieting. But I was – essentially – dieting.

I’m actually still trying to avoid ‘treats’, or ‘sometimes’ foods. As I said in my fudge post, I can’t yet control myself around certain foods, but I can control my access to them. And I’m doing that. 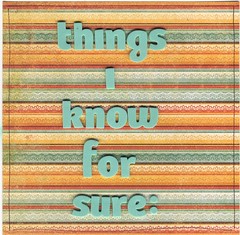 I’ve still got a long way to go and I’m yet to work out how I go about ‘losing’ weight while not obsessing about food, dieting and weightloss.

Perhaps I need to focus more on my food intake and restrict myself to lose weight. I know I’m definitely not happy with my body yet and want to make more changes. But, mentally, I think I’m in a better position than I have been in a LONG time.

I know there are different views out there about one’s ability to lose weight while not-dieting or restricting food intake etc… But I feel like I know myself pretty well and am surprised at my current state of mental healthiness.

Can others can relate?